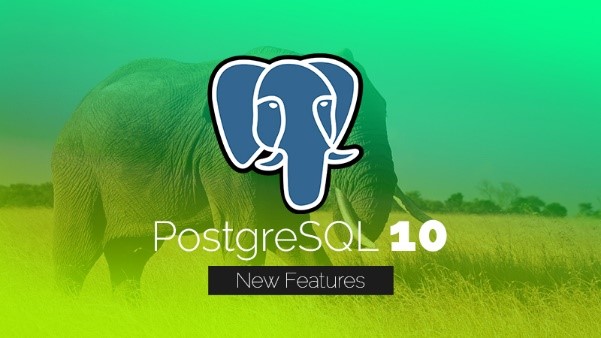 A critical feature of modern workloads is
the ability to distribute data across many nodes for faster access, management,
and analysis, which is also known as a “divide and conquer” strategy.
The PostgreSQL 10 release includes significant enhancements to effectively
implement the divide and conquer strategy, including native logical
replication, declarative table partitioning, and improved query parallelism.
“Our developer community focused on
building features that would take advantage of modern infrastructure setups for
distributing workloads,” said Magnus Hagander, a core team member of the PostgreSQL Global Development
Group. “Features such as logical replication and improved query
parallelism represent years of work and demonstrate the continued dedication of
the community to ensuring Postgres leadership as technology demands
evolve.”
This release also marks the change of the
versioning scheme for PostgreSQL to an “x.y”
format. This means the next minor release of PostgreSQL will be 10.1 and the
next major release will be 11.
Logical
Replication – A publish/subscribe framework for distributing data
Logical replication extends the current
replication features of PostgreSQL with the ability to send modifications on a
per-database and per-table level to different PostgreSQL databases. Users can
now fine-tune the data replicated to various database clusters and will have
the ability to perform zero-downtime upgrades to future major PostgreSQL
versions.
“We have been heavily using PostgreSQL
since 9.3 and are very excited about version 10 since it brings basis for
long-awaited partitioning and built-in logical replication. It will allow us to
use PostgreSQL in even more
services,” said Vladimir Borodin, DBA Team Lead at Yandex.
Declarative
Table Partitioning – Convenience in dividing your data
Table partitioning has existed for years in
PostgreSQL but required a user to maintain a nontrivial set of rules and
triggers for the partitioning to work. PostgreSQL 10 introduces a table
partitioning syntax that lets users easily create and maintain range and list
partitioned tables. The addition of the partitioning syntax is the first step
in a series of planned features to provide a robust partitioning framework
within PostgreSQL.
Improved
Query Parallelism – Quickly conquer your analysis
PostgreSQL 10 provides better support for
parallelized queries by allowing more parts of the query execution process to
be parallelized. Improvements include additional types of data scans that are
parallelized as well as optimizations when the data is recombined, such as
pre-sorting. These enhancements allow results to be returned more quickly.
Quorum
Commit for Synchronous Replication – Distribute data with confidence
PostgreSQL 10 introduces quorum commit for
synchronous replication, which allows for flexibility in how a primary database
receives acknowledgement that changes
were successfully written to remote replicas. An administrator can now specify
that if any number of replicas has acknowledged that a change to the database
has been made, then the data can be considered safely written.
“Quorum commit for synchronous
replication in PostgreSQL 10 gives more options to extend our ability to
promote database infrastructure with nearly zero downtime from the application
perspective. This allows us to continuously deploy and update our database
infrastructure without incurring long maintenance windows,” said Curt
Micol, Staff Infrastructure Engineer at Simple
Finance.
SCRAM-SHA-256
authentication – Secure your data access
The Salted Challenge Response
Authentication Mechanism (SCRAM) defined in RFC5802 defines a protocol to
improve upon the secure storage and transmission of passwords by providing a
framework for strong password negotiation. PostgreSQL 10 introduces the
SCRAM-SHA-256 authentication method, defined in RFC7677, to provide better
security than the existing MD5-based password authentication method.
Links
for further information:
* Downloads
* Press Kit
* Release
Notes
* What’s New in 10

Award-winning Products at SITEX 2017 from Dell and Alienware