Bringing fun to a whole new level with the Moto Mods

Known for bringing
users fun, transformative and different experiences, Moto Mods are now
available for purchase at the Consumer Electronics Fair 2017.
First launched in
Singapore last October, Moto has reinvented fun differently, introducing
additions to its Moto Mods range and catering to consumers with different
needs. With Moto Mods, you can transform your Moto Z family phones into exactly
what you need seamlessly, whenever and wherever you need it.
·         For the gaming geeks
– Have some solid fun with the Moto Gamepad

Elevate mobile gaming
sessions with the Moto Gamepad that provides dual control sticks, a D-pad and
action buttons that allows for more accurate handling in games such as Mobile
Legends – letting you experience games the way they were meant to be
played. With the 1035 mAh built-in battery, you can play for up to 8 hours
without recharging.
The Moto Gamepad
retails at S$149.
·         For the photography
enthusiasts – Capture more with the Moto 360 Camera 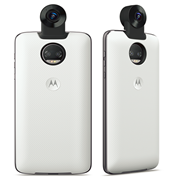 Enjoy a different
perspective of your selfies and snapshots with the Moto 360 Camera’s 150°
ultra-wide-angle view. You can also edit on the go and share it directly with
your friends right from the Google Photos app. The camera also enables you to
capture interactive 360° 4K video + 3D sound and images in a snap, making your
social media uploads more unique.
The Moto 360 Camera
retails at S$399.
·         For the dynamos – Go
forth and have extended fun with the Moto TurbopowerTM Pack and Incipio
Power Pack 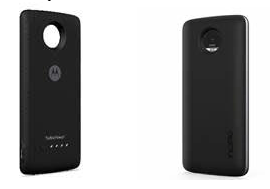 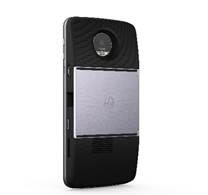 Gather your loved
ones together and play your favourite videos, photos and movies on the wall
anytime and anywhere with the Moto Insta-Share Projector that instantly turns a
flat surface into a 70” big screen.
The Moto Insta-Share
Projector retails at S$399.
·         For the
detail-oriented photography lovers – Capture crisp, blur-free pictures with
the Hasselblad True Zoom 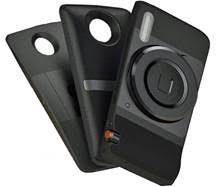 With 10x optical zoom
and Xenon flash, the Hasselblad True Zoom captures crystal clear images from
any distance – obtain the highest level of imaging quality and brightness
through the Mod’s physical shutter and zoom controls.
The Hasselblad True
Zoom retails at S$399.
All Moto Mods are
available at CEF 2017 from 2 to 5 November. It will also be made available
from 10 November onwards at all Lenovo exclusive stores and retail
outlets, as well as Qoo10 and Lazada. Don’t miss out on the fun, and get your
Moto Mods today!