Middle-earth: Shadow of War Review | Death Is Only The Beginning - The Tech Revolutionist

Middle-earth: Shadow of War Review | Death Is Only The Beginning

Home » Middle-earth: Shadow of War Review | Death Is Only The Beginning 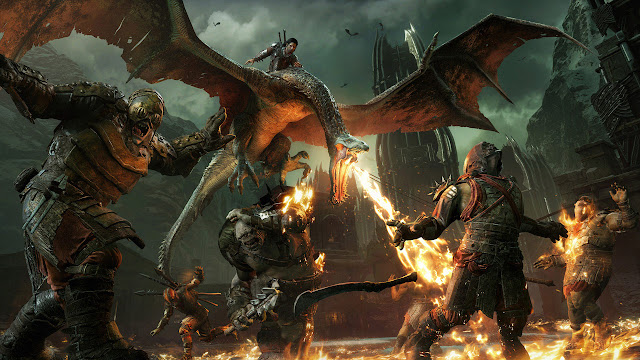 Shadow of War has been in the middle of a shitstorm ever since the public knew about its use of microtransactions. There has even been reports of the game’s pace being influenced by the inclusion of loot boxes, as players are given the ability to buy Legendary Orc followers. This is in a sense a pay-to-win aspect that Monolith Productions has built into the game. Putting as these aside, anyone can simply ignore the online aspect of the game by not checking this option when you first open up the game. 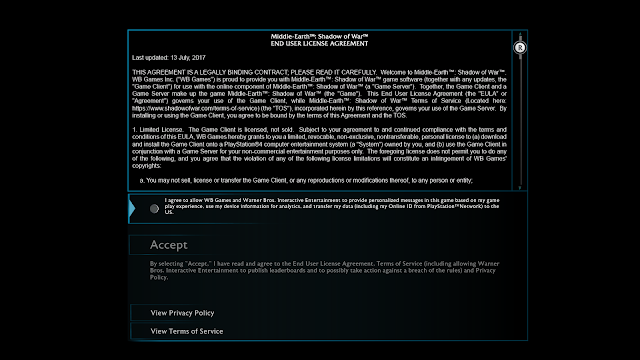 Neglecting the multiplayer aspect of the game, reveals the game’s beauty. Not only does the storyline has a certain fascinating flair to it, it actually still fun to play. Combat is pretty similar to its predecessor, and it is not a bad thing. Following Batman: Arkham City’s combat system, like Assassin’s Creed, the transitions between different attack animations and acrobatic flips is fluid and satisfying. Not to mention, the game is challenging enough to make fighting diverse enough with the inclusion of various types of enemies. 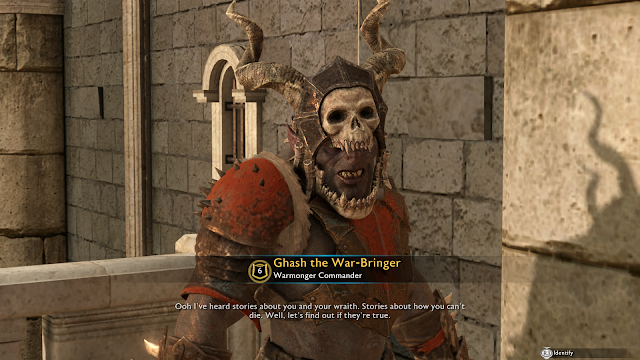 As compared to Shadow of Mordor, the Nemesis systems feels more fleshed out and dynamic. Orcs have more personality and display the ability to perform various tactics to try to finish you off. Certain objectives can lead to another, such as disrupting an Orc’s raiding party can lead to you hunting him across the map. 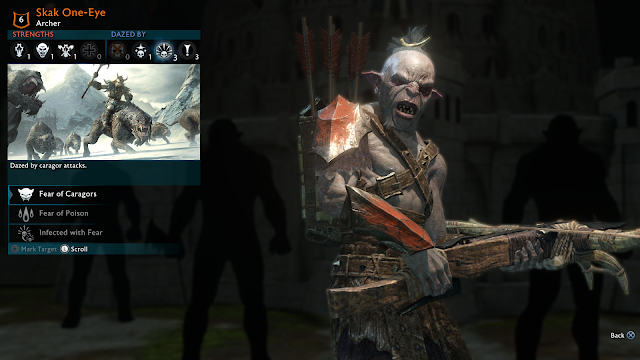 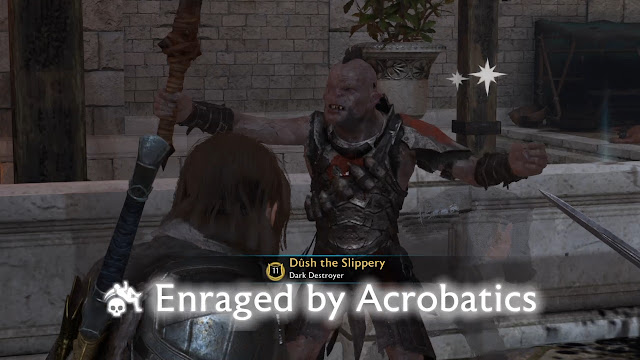 Players dislike dying in-game, that is pretty certain. However, dying in this game adds a unique factor to the game which is lacking in many. Orcs will remember taking you down, and as a result of your death, rise in the Orc-ish ranks and become your nemesis. Many of whom will gladly strike you down to further climb in their hierarchy. 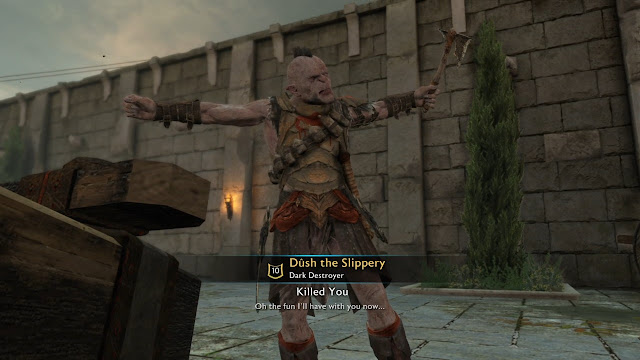 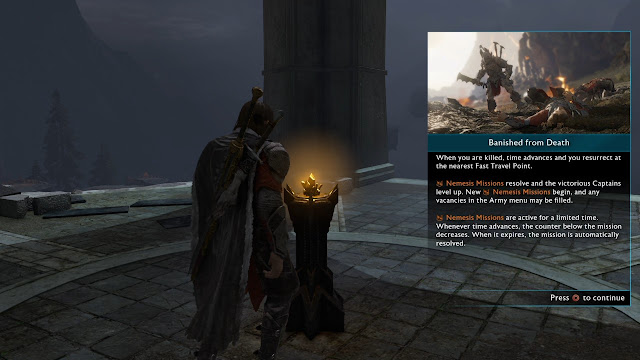 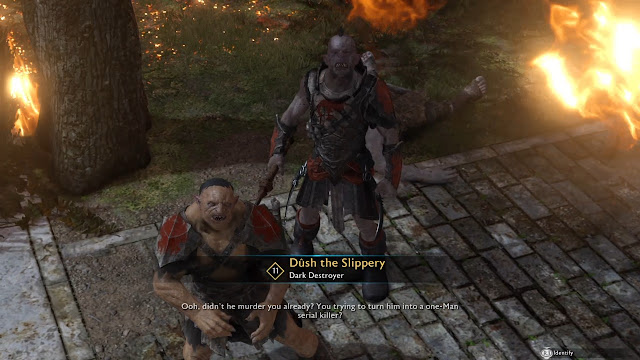 If you strike me down, I shall become more powerful than you can possibly imagine. – Talion… wait no, Obi-Wan Kenobi

Taking one out is no easy feat, as you will have to track him down and slowly chase him into oblivion. Like a bull charging to a red cape, you will find yourself fixated with taking the scum down.

From a large number of captains to take out and dominate, to the sheer number of objectives and challenges to complete, the game felt somewhat overwhelming. Yes, you are given your money’s worth with an exorbitant number of tasks to complete. However, you may find yourself ignoring many of the side quests and heading straight to the main objective to continue with the storyline. 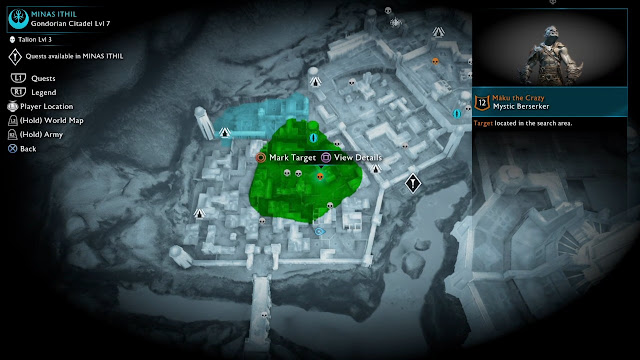 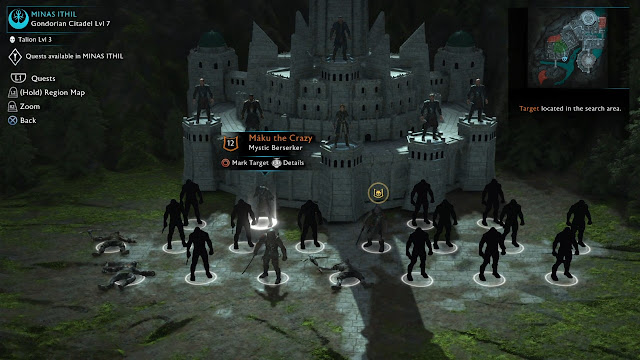 Like many games, Shadow of War utilizes the wireless controller’s speaker to slap in some immersion factor to the game. What the game does more than others is the actual functional use of these speakers. One use case would be when a player is close to arrow stash, the controller’s speaker would produce a distinct hum which prompts the player of its proximity. Additionally, the clashing of weapons can also be heard through said speakers as well, providing a sense of closeness to the actual battle. 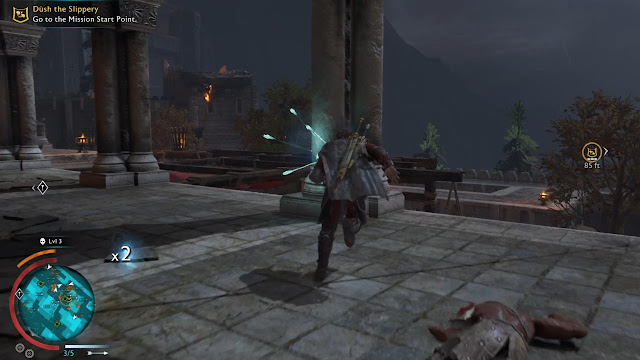 The story starts you off stuck between a rock and a hard place. Things happen and you lost your brand-new ring of power to Shelob the Great Spider, the offspring of Ungoliant (Primordial Spider). If you have seen any of the trailers leading to the launch of the game, you would have seen Shelob in a pretty voluptuous form. This sort of strays away from the lore, but no complains here as it turns her into an interactive character in the world. Not only does it give you an additional goal to keep in mind about, it also makes Tolkien’s universe rather compelling. 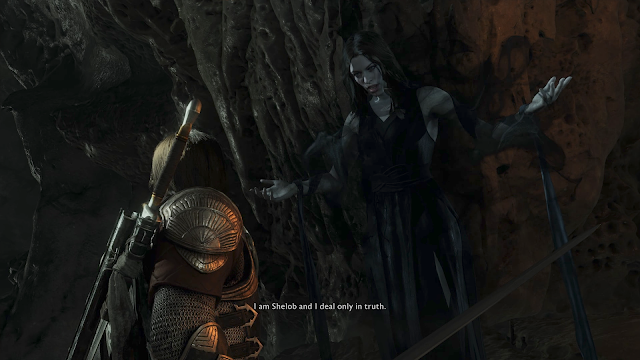 Moreover, the conflict of opinions between Talion and Celebrimbor further cements the fact that you are indeed playing a character with two minds. 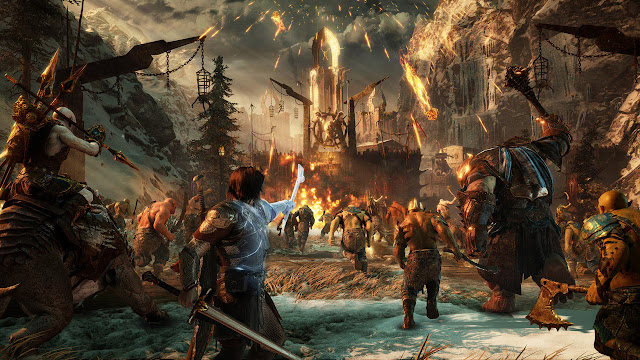 Overall, the game has been a delightful experience. Combat was enjoyable while the story was captivating. If you ignore the microtransactions that the game offers, Shadow of Mordor by itself is worth picking up.