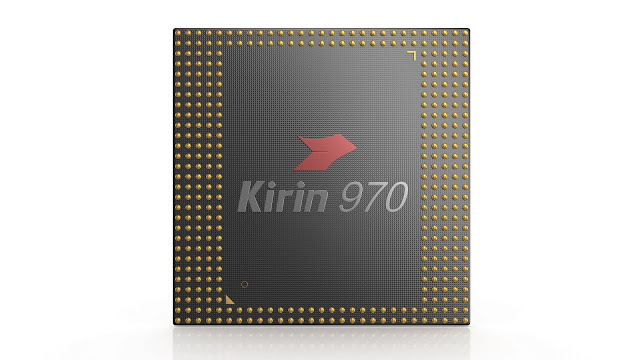 Huawei recently released new information about their “Mobile AI” in terms of the On-Device AI of the Kirin 970. As was leaked on their twitter, Huawei touted their latest chipset as the first mobile AI computing platform with a dedicated Neural Processing Unit (NPU).

With their inbuilt NPU, which Huawei claims will bring better efficiency and performance with AI related tasks to their devices, let us look at the figures. 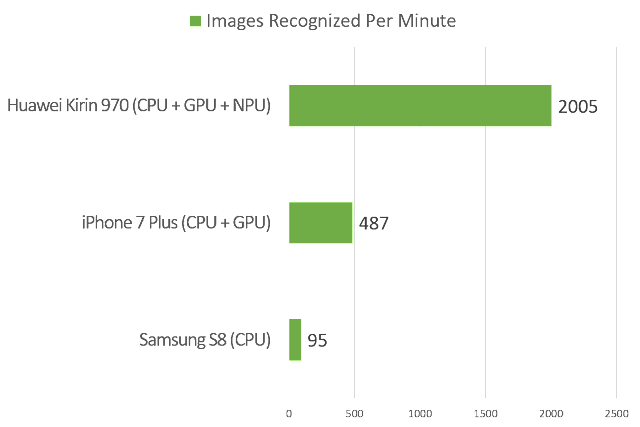 Instead of showing us benchmarks that were merely theoretical, they gave us some examples. One of which were a comparison against their competitors, namely – Samsung and Apple. When it came to image recognition rate, the Kirin 970 takes the lead. It is over 4x faster than the iPhone 7 Plus while being 21x faster than the recently launched Samsung S8. This lead is all thanks to the addition of NPU. However, it should be noted that the reason that the S8’s score is this miserably low is because the test did not make use of its GPU. Another real-world benchmark that Huawei provided was the comparison of the NPU against the CPU. With the NPU (again) taking the lead over the CPU while being 20x faster when recognizing 200 photos.
With the figures being in favor of the Kirin 970 and its NPU, the new chipset seems to be ready for the future of AI. It should be still be noted that all these benchmark figures are based on Huawei’s internal testing and should be taken with a grain of salt. 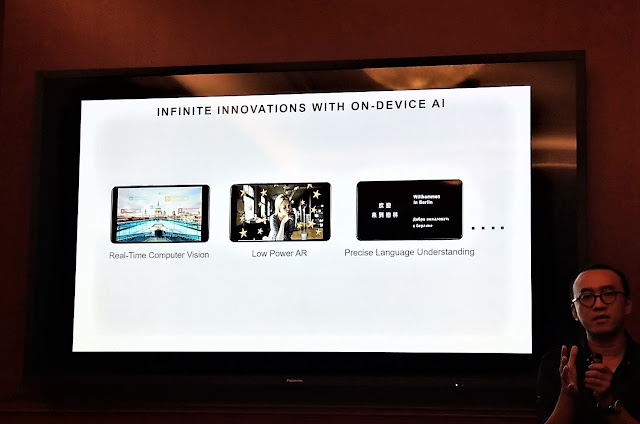 With all the PR speak out of the way, how does the inclusion of NPU in our smartphones actually affect the users’ experience? According to Mr. Clement Wong, Director of Global Product Marketing for the Huawei Consumer Business Group, the new NPU will allow for the recognition and learning of user behavior. These are done through the use of built-in machine learning models. By taking advantage of how people perceive and prefer their photos to be like, improvements of photos’ quality and post-processing can be done – e.g. classifying images and change the color balance based on its content of the images.
Stay tuned for more information of how Huawei’s NPU actually improves the real-world experience!

Improvements behind the scenes is actually rather fascinating. These includes lower power consumption, lower latency as well as being able to be independent from the network. By processing all of the data on-device, security is improved as compared to sending data to and fro the network. As shared by Clement Wong, the data collected and processed by core Huawei apps will stay within the smartphone and will not be sent back to Huawei. On the other hand, it also means that the data stays on each particular device and is not sent to a new device when switching between phones. How much these benefits actually affect the user experience remains to be seen.

How It All Comes Together However, any machine learning model that learns from a single source can be very inaccurate and slow. That is why it is synonymous with Big Data as there has to be a huge pool of data to process from, and powerful server farms to process on. That was where their “Mobile AI = On-Device AI + Cloud AI” saying came from. By taking advantage of the security and low latency of the on-device NPU, while providing updates to their on-device machine learning models using their Cloud AI through OTAs, Huawei got the entire spectrum of the machine learning covered.
Access to the Cloud AI’s API is also opened to third party developers, allowing your favorite apps to be improved over time. There is a setback of course. The collection and learning of user behavioral data can be done by the third-party developers and is separate from Huawei. With the trend of AIs and big data in the everyday life, the addition of NPU in smartphones seems to be a good approach. Huawei also envisions the implementation of real-time computer vision, low-powered Augmented Reality (AR) as well as precise language translations with your typical smartphones, improving and enhancing the lives of everyone.
For the LATEST tech updates,
FOLLOW us on our Twitter
LIKE us on our FaceBook
SUBSCRIBE to us on our YouTube Channel!