CharaExpo 2017 sees record turnout over two days of Anime, Cosplay and
Trading Card Games
PINPOINT PR – Sep 18,
2017 10:33 SGT
CharaExpo 2017
concluded successfully with a record turnout of 19,247 guests across Southeast
Asia. The two-day event held on 9 and 10 September at Suntec Convention Centre
was attended by anime enthusiasts, cosplayers and fans of trading card games.
Headlined by some of
the biggest names in anime, this year’s expo also saw the debut of many
up-and-coming bands that have not been featured at CharaExpo previously. These
artists include MYTH & ROID, a contemporary creative unit, which is the
brainchild of producer, Tom-H@ck; Roselia, an all-girl band from popular
multi-media project BanG Dream! and the Singapore Night Safari-inspired hit
animation series, KEMONO FRIENDS. 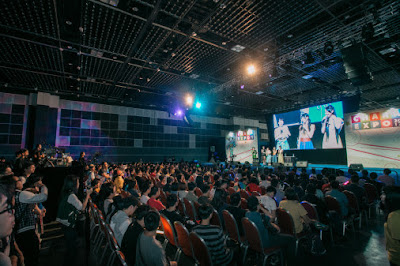 (The cast of
Milky Holmes on stage for their concert)

For the first time
ever, CharaExpo offered budding artists a chance to build on their manga
portfolio by learning from the best illustrators in the industry. Fans were
given the opportunity to try out an animation course in Japanese Manga at the
expo before choosing to sign up for Certification in Japanese Manga and
Animation, a course developed by Aso College Group and awarded by Parenthexis
Academy. The course will be taught and graded by industry veterans, allowing
potential students to learn essential manga hand-drawing techniques and even
letting them create their own anime characters by the end of the session.
The Cos☆Stage finalists strutted their stuff for guest
judges Ely, Hakken, Yui and Knitemaya, in hopes of taking home the top prize;
an all-expenses paid trip to the TOKYO GAME SHOW 2017 Cosplay Collection Night
in Japan. Cosplayer Rithe emerged the overall winner, giving her the chance to
show-off her best cosplay and favourite costumes in Japan later this month. 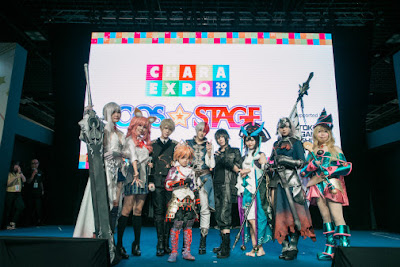 ☆Stage finalists with Guest Cosplay Judges)
“We are extremely
grateful to the thousands of fans who attended CharaExpo this year. The
outstanding turnout marked a milestone in our 10th anniversary
celebrations. Each year, we aim to bring the most exclusive and latest anime
content into Southeast Asia. This includes giving fans the opportunity to meet
their favourite Japanese stars. We are heartened by the support of the fans and
attendance has been steadily increasing each year. The positive feedback is
highly encouraging for us, especially since we are planning to expand into
other ventures such as mobile apps and games”, said Takaaki Kidani, CEO and
President of Bushiroad International Pte Ltd.
CharaExpo 2017 was
celebrated in conjunction with Bushiroad’s 10th Anniversary,
where delighted fans were given the opportunity to purchase exclusive
merchandise from Bushiroad that has never been sold outside of Japan prior to
the expo. 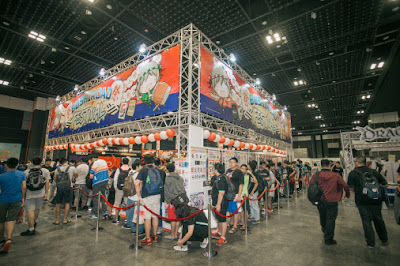 (Fans queue at the Bushiroad Festival booth for exclusive
merchandise)

Bushiroad also
introduced their new high fantasy trading card game, Dragoborne – Rise to
Supremacy, where Women’s Atomweight World Champion Angela Lee, the brand
ambassador for the game, made a guest appearance to do an autograph and
meet-and-greet session with fans.

About CharaExpo 2017
CharaExpo2017 is a
Japanese manga, anime, games and cosplay event that will be held on 9 and 10
September 2017 in Suntec Singapore Convention & Exhibition Halls 404-406.
CharaExpo2017 aims to shine the spotlight on the people and team behind the
scenes of these Japanese-related content. The event will feature prominent
producers, manga artists, illustrators, cosplayers and more. Fans can look
forward to meeting these special guests and learn more about their passion and
work. Major Japanese anime, manga and game companies will also be participating
in the event to showcase and offer event-exclusive exhibits and merchandise.
For more information, visit http://www.chara-expo.com/.
About Bushiroad
Bushiroad Inc. is an
entertainment company known for developing Cardfight!! Vanguard, Future Card
Buddyfight, Weiss Schwarz, Dragoborne -Rise to Supremacy- and other card games,
promotional items, smartphone applications around the world. For more
information about CharaExpo2017, please contact Bushiroad Inc.
at sg_marketing@bushiroad.com.
©bushiroad All Rights
Reserved.