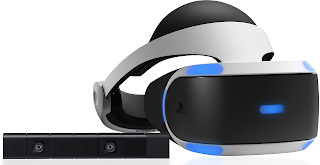 Singapore, 29th August 2017 – Sony Interactive Entertainment Hong Kong Limited Singapore Branch (SIES) announced today that it sets new manufacturer’s suggested retail price (MSRP) for the PlayStation®VR (PS VR) and PlayStation®Camera (PS Camera) bundle at SGD 579. This new MSRP will be effective from 1st September 2017.
The number of PS VR software titles and experiences reached more than 140 globally and the number of developers and publishers has increased to more than 360, as of 29 May 2017, ranging from smaller independent teams to the industry’s top publishers as well as a range of entertainment companies across movies and music. There is a great lineup of games on the horizon, including The Elder Scrolls V: Skyrim VR (Bethesda Softworks, LLC), Bravo Team and The Inpatient (Sony Interactive Entertainment Worldwide Studios).
SIES will continue to vigorously promote PS VR and further enhance the entire PlayStation®4 ecosystem by offering choices from a variety of hardware line-ups and continually releasing exciting new software titles.