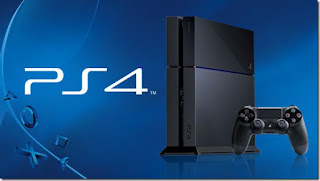 Singapore, 13 June 2017 – Sony Interactive Entertainment (SIE) today announced new sales milestones for PlayStation®4 (PS4™) computer entertainment system and its software titles.
・   PS4 has cumulatively sold through more than 60.4 million units to consumers worldwide as of June 11, 2017*1.
・   PS4 software sales, led by critically acclaimed titles such as Horizon: Zero Dawn, also remain strong with more than 487.8 million copies*2 sold at retail stores globally and through digital downloads on PlayStation®Store as of June 11, 2017.
Building off of robust PS4 momentum, user engagement across the PlayStation® ecosystem has also experienced vibrant growth.
・   PlayStation ecosystem has more than 70 million monthly active users worldwide as of end of March 2017.
・   PlayStation®Plus has 26.4 million paid subscribers worldwide as of end of March 2017.
・   Active PS4 users worldwide spend more than 600 million hours in total, per week on the platform as of end of March 2017.
“We are very grateful for our fans and partners around the globe who have continued to support PS4,” said Andrew House, President and Global CEO of Sony Interactive Entertainment. “The PS4 platform is in its prime, with the industry’s best lineup of exclusive and partner titles slated to release this year, taking full advantage of the power of the PS4 system. We are committed to further expanding our overall PS4 ecosystem, by broadening the PlayStation®VR content portfolio, as well as enriching our network services along with our ground-breaking software lineup. We remain steadfast in bringing the best entertainment experience to users worldwide and making PS4 the best place to play.”
On the software front, PS4’s portfolio will continue to expand this year with highly anticipated games including GUNDAM VERSUS (BANDAI NAMCO Entertainment Inc.), DRAGON QUEST XI (SQUARE ENIX CO., LTD.), Gran Turismo Sport, and Everybody’s Golf (SIE WWS). The independent development community will also continue to deliver a variety of innovative new titles for PS4 including ABZÛ (505 Games) and Firewatch (Panic Inc.) *3.
SIE will continue to expand the world of PS4 to deliver entertainment experiences that are only possible on PlayStation.
The PS4 system is currently available in 123 countries and regions*4 worldwide.