How to discredit a journalist for $55,000 - The Tech Revolutionist

Trend Micro researches into how Propagandists can make use of the Internet to disseminate fake news and manipulate the public.
Are You at the Mercy of Fake News?
Discrediting a Journalist for $55,000
Take this hypothetical
example where a group seeks to silence and discredit a journalist. Let’s assume
this popular journalist has 50,000 Twitter followers, 10,000 Facebook friends,
and publishes articles that attract 200 comments per post.
The group can mount a
four-week fake news campaign to defame the journalist using a range of services
available in online marketplaces. Fake news unfavorable to the journalist can
be commissioned once per week, promoted with 50,000 retweets and likes as well
as 100,000 visits—all for $2,700 per week.
The group can also buy
comments to create an illusion of believability. The purchase can start with
500 comments, 400 of which can be positive, 80 neutral, and 20 negative.
Spending $1,000 for this kind of service will translate to 4,000 comments.
After establishing an imagined credibility, an attacker can launch his smear
campaign against his target. Poisoning a Twitter account with 200,000 bot
followers costs $240. Ordering a total of 12,000 comments with most bearing negative
sentiment and references/links to fake stories against the journalist will cost
around $3,000. Dislikes and negative comments on a journalist’s article, and
promoting them with 10,000 retweets or likes and 25,000 visits, can cost
$20,400 in the marketplaces we have seen.
The result? For around
$55,000, a user who reads, watches, and further searches the campaign’s fake
content can be swayed into having a fragmented and negative impression of the
journalist. A more daunting consequence would be how the story, exposé or
points the journalist wanted to divulge or raise will be drowned out by a sea
of noise fabricated by the campaign.
While the scenario may
just speculative, versions of it do occur regularly in the real world. This was
recently exemplified by a
journalist in Mexico who became the target of a smear campaign.
The Rise of Fake News
“Fake news” was
relatively unheard of last year—until the U.S. election campaign period
started, during which an explosion of misinformation campaigns trended. But
despite its seemingly rampant spread, fake news is just one facet of public
opinion manipulation and cyber propaganda that
we see today. Whether it’s a company trying to promote a brand or a political
party pushing an ideal, today’s information wars are often for control of the
public’s worldview.
Our latest research
paper, “The Fake News Machine: How Propagandists Abuse the Internet and
Manipulate the Public”, delves into this phenomenon. It also
tackles how a group with means and motivations, use of social media, and online
promotion tools and services can effectively spread these campaigns. These are
the components of what we call the “Fake News Triangle”, which we’ve found to
be the pillars of success for any fake news and public opinion manipulation
campaign. 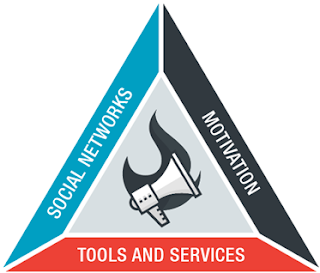 Figure 1: The Fake News Triangle
Different Countries Launch Different Fake News
Campaigns
We also explored the online marketplaces and
services used to help carry out fake news campaigns. The Chinese, Russian,
Arabic/Middle Eastern, and English marketplaces we visited have regional
variances.
Everything from social media promotions,
creation of fake comments, and even online vote manipulation are sold at very
reasonable prices. Surprisingly, we found that fake news campaigns aren’t
always the handiwork of autonomous bots, but can also be carried out by real
people via large, crowdsourcing programs. 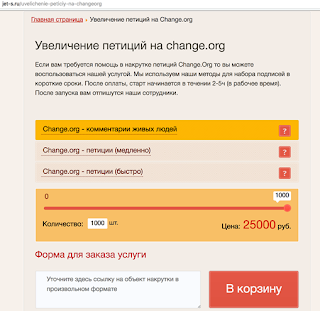 Figure 2: Snapshots of Russian site offering
1,000 real-people petitions on change.org for US$400; 100,000 petition
signatures cost $6,000.
The Cyber Kill Chain in Fake
News Campaigns
Our research paper also
illustrates how a fake news or public opinion manipulation campaign can be
structured and run efficiently using the “Public Opinion Cycle”, where each
stage is backed up by a range of available online services. This structure is based
on the famous Cyber Kill Chain from Lockheed Martin, but applied to opinion
manipulation. Case in point: a key story is prepared with secondary side
stories planted during the weaponization phase, before online services are
utilized for mass delivery.

Figure 3: The Public Opinion Cycle
Our research paper also
provides best practices on how people can better detect and lessen the impact
of fake news, as well as analysis techniques we applied to uncover such
manipulation campaigns on social media. Awareness of these techniques can also
help institutions such as governments and credible media outlets determine how
to best counteract them. Applied critical thinking is necessary not only to
find the truth, but to keep civil society intact for future generations.