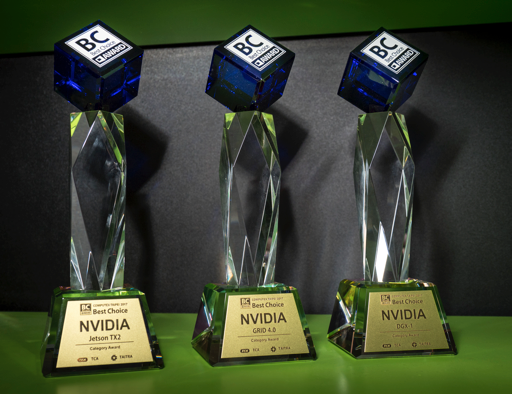 “NVIDIA is honoured to have captured
these four awards across such a wide
range of industries,” said Raymond Teh, vice president of Asia-Pacific Sales and Marketing at
NVIDIA. “The wins show the spread of our innovative technologies in meeting the needs of
consumers and enterprises, from the data centre to the edge.”

SHIELD took the honours in the “game devices + content of games” category of the Computex
d&I award – the first such win for NVIDIA. A panel of judges composed of top global industrial
designers assessed all submissions based on innovation and elaboration, functionality,
aesthetics, responsibility, and positioning.

Jetson TX2 won in the intelligent system and solution category, building on the success of its
predecessor, the Jetson TX1, which won a Computex Best Choice Award last year. The Jetson
TX2 is the world’s leading platform for AI computing at the edge. Its high-performance, powerefficient
computing for deep learning and computer vision makes it ideal for AI city applications,
robots, drones and other intelligent machines.