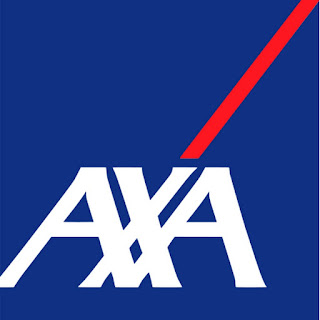 17 April 2017 – The AXA Research Fund, the science
philanthropy initiative of global insurance leader, the AXA Group, announced
that Professor Robert Deng from SMU’s School of Information Systems (SIS) has
been conferred the prestigious AXA Chair Professorship of Cybersecurity at the
inaugural SMU Cybersecurity Forum held today. This year, six AXA Chairs were
selected for this honour globally and Professor Deng is the only one from
Singapore.
The official conferment of the AXA Chair
Professorship of Cybersecurity was held in conjunction with the inaugural SMU
Cybersecurity Forum. More than 200 people attended the event, including SMU
President Professor Arnoud De Meyer, SMU Provost Professor Lily Kong, CEO of
General Insurance AXA Asia, Mr Jean Drouffe, CEO of AXA Insurance Singapore Mrs
Doina Palici-Chehab and Selection Officer at the AXA Research Fund Mr Chaouki
Boutharouite.
Recognising that cybersecurity has become a
key concern to businesses and individuals due to the increased frequency in
cyberattacks and the resultant heavy price borne by victims of cybercrime, the
AXA Research Fund has awarded Professor Deng with €800,000 (SGD 1.2million)
over a period of eight years to support his research in the development of new
ways of protecting data security and privacy. As the newly appointed AXA Chair
Professor of Cybersecurity, Professor Deng will undertake a research programme
to systematically investigate a unified framework for protecting data in the
new environment. The research is expected to yield new security models,
algorithms, protocols, and analysis techniques which will help organisations
and individuals mitigate risks emanating from cybersecurity threats.
“It is a tremendous honour to be awarded this
chair professorship by AXA and I would like to express my sincere appreciation
to AXA Research Fund,” said AXA Chair Professor of Cybersecurity Robert Deng.
“With the research funding, I will be able to execute an important step change
at SMU by bringing together the university’s strengths in cybersecurity and
analytics across the technology, management and social science areas. I will
also be able to deepen and strengthen my collaborations with scholars from all
over the world.”
According to
statistics released by the Cyber Security Agency of Singapore (CSA), 81.3% of
Singapore’s population are internet users, using essential services such as
banking, healthcare, transport that are powered by Infocomm technology. The
acceleration of digital transformation of companies in Singapore also implies a
multiplication of cyber incidents as well as an increase in the cost of
breaches. According to Symantec, Singapore is ranked eighth in the region, and
42nd globally, for ransomware by destination, with 16 total attacks occurring a
day in 2015.
“The ubiquity of high speed internet and smart
devices makes Singapore one of the most well connected countries in the world.
But this also makes individuals and organisations prime targets for cyber
criminals. Professor Deng’s research will prove invaluable in developing new
ways to defend against cyber threats and we are proud that the globally coveted
AXA Chair was awarded to a project from Singapore,” said AXA Insurance Chief
Executive Officer Doina Palici-Chehab. “Building knowledge on risks as an enabler
for effective prevention has always been a key focus in the way AXA protects
communities, and we look forward to playing a role in helping strengthen
Singapore’s cybersecurity capabilities, giving Singaporeans a peace of mind as
they conduct their businesses online.”
As the company that launched Singapore’s first
online risk insurance for individuals in 2014, AXA is focused on protecting individuals and
organisations from the growing dangers of cyber threats. With the awarding of the grant to Professor
Deng, AXA reaffirmed its commitment to help raise awareness about potential
cyber risks, by educating both businesses and individuals about effective means
to deal with the problem, especially for vulnerable businesses who face the
biggest risks.