The Latest Mobile Workstations from Dell, HPI, Lenovo, Fujitsu and MSI to
Use New Pascal-Based Quadro GPUs So Creators Can Work Anywhere 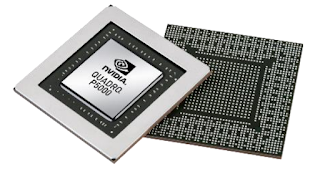 “Our customers are not in the business of ordinary — they use technology every day to create
innovations that are revolutionising their industries and the world,” said Rob Herman, general
manager and executive director of Lenovo’s Workstation Business Unit. “Lenovo’s powerful,
industry-leading workstations, with the help of NVIDIA Quadro GPUs, help customers bring their
designs to life, anywhere, without distraction.”

“When it comes to powerful computing on the go, HP ZBook Mobile Workstations are in a class
of their own – providing a spectrum of performance, reliability, and expandability that extends
well beyond the capabilities of standard mobile computers,” said Josh Peterson, vice president worldwide product management for HP Workstations, HP Inc. “Leading-edge professional
graphics, such as NVIDIA Quadro Pascal-based GPUs will be tested by HP – simulating real-world
customer workloads and stress tests that translate into higher quality drivers that customers
trust.”