FIFA ULTIMATE TEAM CHAMPIONSHIP SERIES REVEALS SCHEDULE FOR
BIGGEST EA SPORTS TOURNAMENT EVER
·       Fans
Can Watch on FUTChampions.com/LIVE
·       Players
to Compete for a Combined Prize Pool of More Than $1 Million 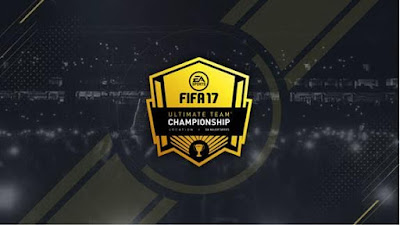 SINGAPORE – January 27, 2017 – Today Electronic Arts Inc. (NASDAQ: EA) announced the schedule
for the EA SPORTS™ FIFA
Ultimate Team™ Championship Series*
(UTC), a run of six regional qualifiers and one final event to be broadcast on FUTChampions.com/Live. Competitors in EA SPORTS UTC will
have an opportunity to compete for their share of the $1.3 million (USD)
combined tournament prize pool. The action begins on February 4, 2017 with the
first Season One Ultimate Team Champion European Regional Final live from
Paris. Europe’s best players will go head-to-head for a chance to qualify for
the Ultimate Team Championship Finals in Berlin later this year. Subsequent
Season One Tournaments will take place in Sydney and Miami, and those
interested in taking their shot in Season Two can learn more about qualifying here. Players may also be competing for an invitation to the
FIFA Interactive World Cup Grand Final in London this August.
Players qualified for the Ultimate
Team Championship Series through Weekend Qualifying Tournaments in the popular FUT Champions mode in EA SPORTS FIFA 17 and
Regional Premier Qualifier tournaments around the world.
“Since the launch of FIFA 17,
more than six million players have competed in FUT Champions and more than
2,000 players have competed in the qualifying tournaments,” said FIFA
Competitive Gaming Commissioner, Brent Koning. “Now the top players from around
the world are ready to show that they are the best in the game.”
Each Regional Final will showcase 16
players on each console (Xbox One and PlayStation 4), playing a combination of
round-robin and bracket-style elimination matches to determine the divisional
winners. The divisional champs will then faceoff in a two-leg finale across
both platforms to determine the inter-divisional winner.
Those watching the tournaments via
livestream will be treated to expert commentary and analysis from Joe Miller
and Leigh Smith (Deman). Miller is a longtime veteran in the booth, having
worked numerous tournaments and multiple franchises over the course of his career.
Smith is a renowned Twitch streamer and shoutcaster with a rich EA SPORTS
FIFA history.
The top 16 players from Season One
and the top 16 players from Season Two will meet in Berlin on May 20, 2017 for
the chance to become Champion of the Ultimate Team Championship Series and take
home their share of the $400,000 (USD) prize purse.

EA SPORTS FIFA 17 is developed by EA Vancouver and is available now on Origin™ for PC, Xbox One,
PlayStation®4, Xbox 360®, and PlayStation®3 consoles. The game is rated E for
everyone and PEGI 3.
*Qualification
for the EA SPORTS FIFA 17 Ultimate Team Championship Series is only available
to eligible players on Xbox One and PlayStation 4. No other platforms and
consoles are supported for qualification. Residence in eligible countries
required. See OFFICIAL RULES for full details at www.futchampions.com.
Fans can learn more about new features to FIFA 17
by visiting FIFA 17’s website, and also by becoming an EA SPORTS FIFA Insider (http://easports.com/fifa).
Join the EA SPORTS FIFA community at
Facebook and on Instagram.
Follow us on Twitter @easportsfifa and
use the hashtag #FIFA17.