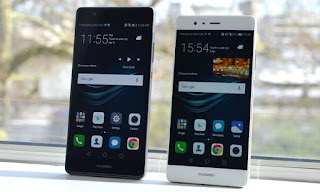 Singapore
(December 29,
2016)
– Ahead of the keynote address
by Richard Yu, CEO of
Huawei Consumer Business Group
(CBG) at CES 2017, CBG today announced
that the company has shipped more than 10 million Huawei P9/P9 Plus
smartphones globally, making it the company’s first flagship series to
top the 10 million mark. This is a milestone for Huawei both from a
product and brand perspective. Despite a sluggish global smartphone
market in 2016, the Huawei P9 and P9 Plus devices
have achieved impressive results in the premium segment; a major
breakthrough that proves Huawei’s investment in international markets is
paying off.
First
revealed in April 2016, the dual-lens Huawei P9/P9 Plus devices were
Huawei’s first flagship smartphones to be developed in collaboration
with
legendary German camera brand Leica.
This extensive partnership has already set a new benchmark for advanced
smartphone camera technology and delivered outstanding photography
experiences to consumers.
Since
launching, the Huawei P9 and P9 Plus have become an instant hit in the
global smartphone market. Global shipments of the P9 exceeded 2.6
million
within six weeks of their release.
Eight
months since its release, the Huawei P9 has sustained its popularity,
winning recognition from both experts and consumers for its camera
experience, industrial
design and overall performance. In addition to winning major awards
including European Consumer Smartphone 2016-17 from
EISA and Best Personal
Computing Device at CES Asia,
the Huawei P9 has also received positive reviews from hundreds of key international
publications, making it a top choice for consumers looking for the best camera phone.
Thanks
to the huge popularity of the P9 and P9 Plus, as well as the strong
sales performance of the Mate 8 and Mate 9 devices, Huawei is making
significant
progress in the global
high-end smartphone
market. In the third quarter of 2016, Huawei shipped 33.59 million
smartphones, up 23% from the previous year, with mid-to-high-end devices
accounting for about 44% of
the shipment. Huawei’s market share
is now above 15% in 30 countries and above 20% in 20 countries;
it also
made substantial breakthroughs in key markets such as the UK, France and Germany.
According to 2016 half year financial results,
Huawei CBG sales were close to 77.4 billion RMB in the first half of
year, up 41% from the same period
in 2015; the growth rate in markets
outside of China was 1.6 times that of the Greater China region.

Global awareness of the Huawei brand has continued to grow
along with Huawei’s outstanding market performance.
In 2016, Huawei was ranked No. 72 in Interbrand’s
“Top 100” most valuable global brands list, 16 spots up from 2015.
Huawei was again listed as one of the top 100 most valuable brands by
Brand Z,
at No.50 this year, up from No.70 in 2015. Additionally, in November,
Huawei was named “Best Consumer Electronics Brand” in “Best Brands 2016 –
the Chinese brand ranking” based on GfK’s consumer survey.
For the LATEST tech updates,
FOLLOW us on our Twitter
LIKE us on our FaceBook
SUBSCRIBE to us on our YouTube Channel!