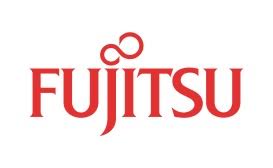 Osaka, Japan, Nov 21, 2016 – (JCN Newswire) – Osaka
University, Scality Inc., and Fujitsu Limited today announced that the three
organizations are jointly executing a cold data storage-focused field trial of
intercontinental data center coordination, together with partners in Japan and
Europe. Based on a consortium for collaboration between academia and industry
established in April 2016, the field trial will be conducted from November 2016
through to December 2017, and carried out between the data centers in Osaka
University’s Cybermedia Center and the data centers owned by Paris-based
AntemetA.In this field trial, the partners will build and
test the effectiveness of a storage platform coordinated across remote
locations, which offers improvements in throughput(1), disaster resilience, and
lower costs by eliminating redundancy within individual data centers. This is
done by duplicating data that is not updated very often, known as “cold
data,” in data centers on each continent, and applying a data sharing
technology from Scality called conflict-free replicated data type (CRDT)(2),
which is used in distributed computing environments.

At the same time, against the backdrop of
changes such as the spread of technologies like AI and the IoT, data which is
generally not updated, called cold data, has taken up more than half of all
data, primarily in the form of image and video data, and there is an increasing
demand for ways to accumulate new data and share it between multiple locations.
In order to achieve data center coordination between multiple locations,
however, there have been issues in achieving data synchronization between data
centers, and in improving response speed when reading the data.

Summary of the Field Trial

In this trial, the participants will develop the
“Geo Replication” system to realize the layering and data redundancy,
which had only been achieved between data centers in close proximity or within
a stand-alone data center, at long distances such as between continents. By
layering and storing not only continually updated “hot” data and
infrequently updated “warm” data, but also “cold” data,
which is seldom updated, across multiple types of storage devices, long-term
storage functionality, lowered costs, and increased responsiveness and overall
throughput can be achieved across the system as a whole.

The companies participating in this consortium
will advance the development of the Geo Replication system, and the field trial
will be carried out, aiming for commercialization, with partners in Europe,
using data that is actually in use in Osaka University’s data centers.

1. Osaka University
Responsible for controlling data layering
between cold storage and the Scality Ring storage software, which is used to
manage massive volumes of data.
Technology for determining hot and cold data.
Building the Osaka site (in the Osaka University
Cybermedia Center).

By the end of March 2017, the three
organizations will confirm the basic operation of the system, and publish a
paper on the research results from this trial during fiscal 2017. In addition,
from April 2017 through December 2017, together with joint field trial partners
in Japan and Europe, they will perform a usage trial for specific applications,
with a variety of data types.

Based on the trial’s research results, the three
organizations will each aim to develop cold data storage services, a storage
platform coordinated between remote locations, and other practical
technologies.

Panasonic Corporation is participating in the
Geo Replication consortium, which offers a new way of using the ETERNUS DA700,
a Panasonic OEM product for Fujitsu Limited, and is very pleased to see this
field trial move forward.

Looking at the global market, Panasonic’s data
archive system using optical discs has been used by the largest social network
company in the US, demonstrating that it is already becoming a realistic option
for companies and public sector institutions that need long-term data storage.
By adding a new way of using it for remote coordination among data centers, we
expect it will also become an option in new fields, such as academic research
and storage services.

Statement by Marc Shapiro, Ph.D., Senior
Researcher of the French Institute for Research in Computer Science and
Automation

I welcome this new proof-of-concept
announcement, which builds upon collaboration between academia and industry, in
France and Japan. The growing data needs of modern society carry the
fundamental challenge of scaling both in volume and geographically. CRDTs represent
a technology base for sharing data consistently across long distances in a way
that is both economical and understandable to users and developers. I trust
that this technology will contribute to the success of this PoC.

The volume of data that can be transmitted in
one second.

A computational algorithm used in a distributed
environment for efficient data distribution and replication. Proposed in 2007
by Marc Shapiro, Ph.D., Senior Researcher of the French Institute for Research
in Computer Science and Automation.

Osaka universty is a national university located
in Osaka, Japan. It is the sixth university in Japan as the Osaka Prefectual
Medical College, and one of Japan’s National Seven Universities.