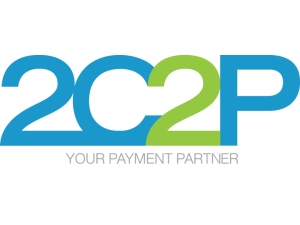 SINGAPORE, 6
OCTOBER 2016 – 2C2P, the
leading Southeast Asian payments company, has inked strategic partnerships in
South and Central Asia to bring e-commerce capabilities to some of the region’s
largest merchants. It will process online and offline payment transactions
for Himalayan Bank Limited (HBL), Nepal’s
largest private bank, Nepal Airlines, the
national flag carrier of the Federal Democratic Republic of Nepal, and Air
Astana, the principal airline and flag carrier of the Republic of
Kazakhstan.
HBL is Nepal’s leading
private sector commercial bank, with 42 branches across the country. Supported
by 2C2P’s payments technology, debit and credit card holders of HBL can now transact
internationally and domestically with merchants who accept Visa, MasterCard,
JCB, Unionpay International and Diners Club International. Separately,
customers of flag carriers Nepal Airlines and Air Astana can purchase their
flight tickets online, securely and conveniently – modernizing what was
previously a manual, cash-based process.
Aung Kyaw Moe, founder
and Group CEO of 2C2P, said: “South and Central Asia’s technology and financial
landscape is fast-evolving. These young financial markets present huge
opportunities to businesses to tap into e-commerce, opening new revenue streams
among new and existing customers.
“We’re pleased to be
working with some of the leading retailers in these regions to take advantage
of key economic and demographic trends around e-commerce adoption, rising
urbanization and consumer affluence, and the boom in South and Central Asia’s
travel and tourism sector,” added Aung.
Ashoke Rana, CEO of
Himalayan Bank, said: “Our mission as a bank is to enable and empower the financial
needs of all our customers. As more of Nepal and South Asia comes online, these
needs are changing. We’re immensely pleased to be working with 2C2P, bringing
the benefits of e-commerce at an early stage of adoption to the country.”
The World Travel and
Tourism Council (WTTC) estimates travel and tourism contributed US$57 billion
(2.4 per cent of GDP) to South Asia’s economy in 2014, forecast to increase by
6.7 per cent annually to US$116.5 billion (2.6 per cent of GDP) by 2025. In
Nepal, travel and tourism amounted to 4.3 per cent of GDP in 2014, and is
expected to more than double to 10 per cent of GDP by 2025. In Kazakhstan,
travel and tourism reached 1.7 per cent of GDP in 2014, forecast to more than
triple to 5.5 per cent of GDP by 2025. 2C2P processes billions of dollars in
transactions annually by working with some of Southeast Asia’s largest
e-commerce and m-commerce merchants.