#SingaporeGP Sets Hearts Racing with 810K Tweets Over F1 Period
Singapore, 19 September 2016 – Singaporeans and F1 fans looking for a front-row seat to the Singapore Grand Prix took to Twitter to get breaking news about the F1’s only night race, to connect with other passionate racing fans, and to show their public support for their favourite F1 drivers and teams.
Over 810,000 Tweets about #SingaporeGP took place on Twitter from the build-up to the finale from 12-19 September. The race weekend alone generated 540,000 conversations, from a giant monitor lizard crossing the tracks, to Rosberg’s domination throughout the qualifying and night races.

Reverb chart: http://reverb.twitter.com/view/580228450689138298
The peak in Twitter conversations at 930 Tweets per minute occurred at 10:29pm, as the crowd went wild when Rosberg took his place at the winner’s podium.
This heatmap from @TrendsMap shows how the world lit up with Tweets throughout #SingaporeGP weekend.

Source: @TrendsMap
These were the most-mentioned @F1 drivers over race weekend:
1.     @nico_rosberg
2.     @max33verstappen
3.     @alo_oficial
4.     @danielricciardo
5.     Kimi Raikkonen
Here were the top 5 most discussed F1 teams on Twitter from 16-18 September:
1.     @mercedesamgf1
2.     @scuderiaferrari
3.     @mclarenf1
4.     @redbullracing
5.     @renaultsportf1
Away from the tracks, fans also took to Twitter to express their amusement at a giant monitor lizard crossing the track during the final practice session on Saturday night. This wasn’t the first time someone, or something, interrupted the#SingaporeGP. Last year on race day, a lone intruder walked across the floodlit track midway through the race, and then strolled by the metal fences as cars drove past. 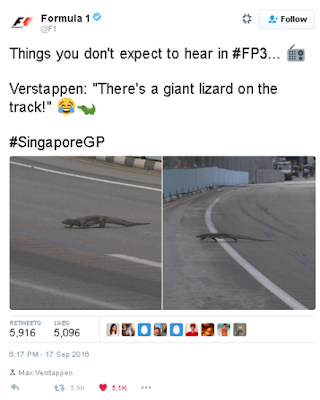 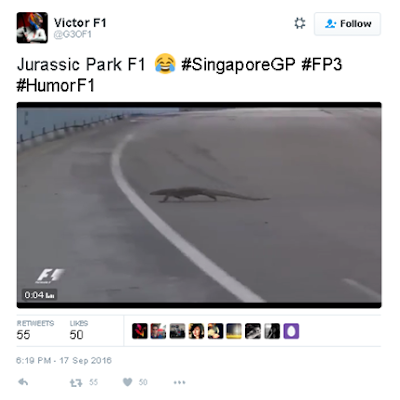 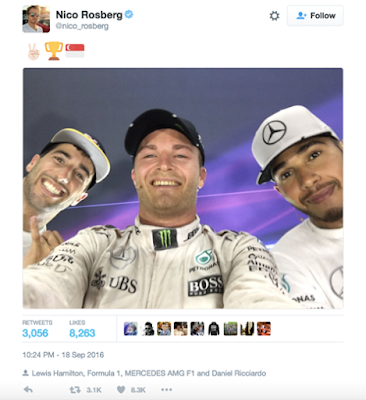 Embeddable Tweet:  https://twitter.com/nico_rosberg/status/777513589829734400
Other noteworthy Tweets from the #SingaporeGP included one from Redbull’s Daniel Ricciardo (@danielricciardo) who finished second in the ninth edition of the #SingaporeGP, as well as Tweets about a track marshall who got off the tracks just in time before Rosberg sped right through. 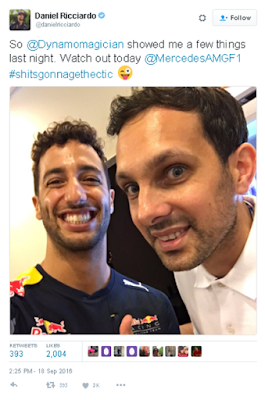 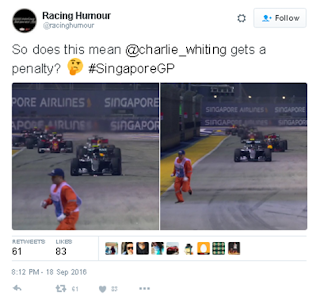 How to Make Open Source Work for You