Blockchain Adoption Moving Rapidly in Banking and Financial Markets: Some 65 Percent of Surveyed Banks Expect to be in Production in Three Years

Home » Blockchain Adoption Moving Rapidly in Banking and Financial Markets: Some 65 Percent of Surveyed Banks Expect to be in Production in Three Years 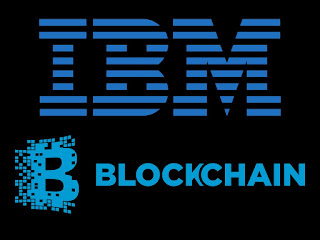 SINGAPORE – 28 September 2016 – Commercial blockchain solutions are rapidly being adopted throughout banking and financial markets, dramatically faster than initially expected, finds two new IBM (NYSE: IBM) studies. Fifteen percent of banks and 14 percent of financial market institutions interviewed by IBM intend to implement full-scale, commercial blockchain solutions in 2017. Mass adoption isn’t that far behind with roughly 65 percent of banks expecting to have blockchain solutions in production in the next three years.The new IBM study, “Leading the Pack in Blockchain Banking: Trailblazers Set the Pace(1)” is based on a survey of 200 global banks. A second new IBM study, “Blockchain Rewires Financial Markets: Trailblazers Take the Lead (2),” is based on a survey of 200 global financial markets institutions.

Conducted by the IBM Institute for Business Value (IBV), the banking study revealed that more than 70 percent of trailblazers surveyed, or early adopters, are prioritizing blockchain efforts in order to break down current barriers to creating new business models and reaching new markets. These trailblazers are better positioned to defend themselves against competitors, including those untraditional disruptors like startup non-banks. For financial markets institutions, seven out of 10 trailblazers surveyed are focusing their blockchain efforts on four areas: clearing and settlement, wholesale payments, equity and debt issuance, and reference data.
“There are many advantages to being an early adopter of blockchain technology,” said Likhit Wagle, Global Industry General Manager, IBM Banking and Financial Markets. “To start, first movers are setting business standards and creating new models that will be used by future adopters of blockchain technology. We’re also finding that these early adopters are better able to anticipate disruption, fighting off new competitors along the way.”

Banking Trailblazers
Based upon the new IBM study, larger banks are defying industry expectations and are leading the charge to embrace blockchain technology with trailblazers being twice as likely to be large institutions with more than a hundred thousand employees — not small start-ups or FinTech organizations. Additionally, 77 percent of these larger banks are retail banking organizations.

Keys to Success: Banking trailblazers view blockchains as a means to create new business models and access new markets, yet, outside of early adopters, banks feel there are many barriers to success when adopting blockchain. According to those surveyed, the top barriers to success include regulatory constraints (56 percent), immature technology (54 percent) and lack of clear return on investment (52 percent).

To best extract value from blockchain technology, the IBM study recommends that banks and financial markets institutions answer three questions:
·        How fast should we move? Trailblazers are setting a fast pace and they may also have an advantage. Mass adopters should look to trailblazers for lessons learned but should be prepared to enter the market as soon as possible, especially as early blockchain initiatives can influence regulations moving forward.
·        How can we scale across business networks? Once blockchain technology has scaled across multiple participants, they can anticipate achieving the kind of network effects that can drastically reduce the frictions that curb growth. Early blockchain adopters are already working on the new business and technology standards that will be required for scale. Mass adopters should join them and begin building strong partnerships.
·        How can we innovate with new revenue models? As new entrants and new business models emerge, banks may be forced to defend current revenue streams or move to where the money will flow next. New revenue models must anticipate the potential for disruption in areas core to the business today and in the future. As the market evolves, blockchain technology may add at least one new revenue stream; the potential to monetize reference data looms large. Banks should factor that into their thinking from the outset.
IBM is rapidly expanding its blockchain consulting services and capabilities, and actively working with clients to understand what it takes to make blockchain ready for business. Through its open source contributions to the Hyperledger Fabric and its blockchain services on IBM Bluemix, developers can develop applications easier than anticipated while testing security, availability, and performance of a permissioned blockchain network. IBM is advancing the science of blockchain, helping to remove complexity, and making it more accessible and open. Financial services, supply chains, IoT, risk management, digital rights management and healthcare are some of the areas that are poised for dramatic change using blockchain networks.
To read the full studies, Blockchain Banking Industry Perspective and the Blockchain Financial Markets Industry Perspective, visit ibm.biz/blockchainbank and ibm.biz/blockchainfm.