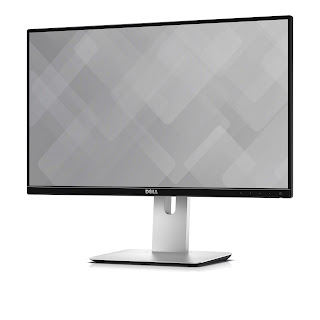 It’s not conventional to see wireless monitors in the market due to the limitations of wireless display technologies. However, this does not deter Dell from releasing a range of wireless monitors for the market. Announced earlier this year at CES 2016, the Dell U2417HWi 23.6″ monitor wants to give users a wire free computing environment. It was even honored at the CES 2016 Innovation Awards in January this year! We are here today to discuss about the major capabilities of this new innovative wireless setup.

To get things started, we shall talk about main features of the Dell U2417HWi.

The Dell U Series is known to many for their high performance and quality display panels. With recent panel technologies, Dell has managed to reduce the size the side display panel bezels to a mere 6.05mm. This new “almost borderless” design instantly allows the monitor to stand out from the crowded monitor market. The Dell U2417HWi is also equipped with a highly adjustable stand that swivels, rotate, tilts the display panel, allowing the monitor to be placed in various possible positions for the best viewing experience. The thin bezel, coupled with its highly capable stand makes the Dell U2417HWi a great choice for multiple monitor display setup. 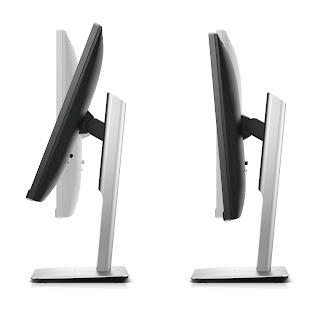 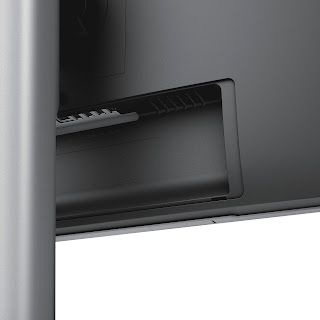 Of course, the Dell U2417HWi is also equipped with the HDMI input interface which ensures that it can also work with the use of a video wire. As HDMI also transmit audio, the monitor also features an 3.5mm Audio Out Jack. This allows digital audio signals from the HDMI interface to be converted into analog signal, and then transmitted to any external speakers setup via a 3.5mm audio cable.

Additionally, Dell has also built in an USB 3.0 hub within the U2417HWi monitor. This could be extremely useful for the connecting of frequently used devices such as USB flash drives or external peripherals. Since USB 3.0 functions considerably quickly with a bandwidth of 5Gbps, files and data can also be transferred quickly to the connected host computer. Putting an additional effort in terms of design at the IO area, Dell has also included a monitor cover, that conceals the ugly cables at the back of the monitor. This neatens the whole cable management. 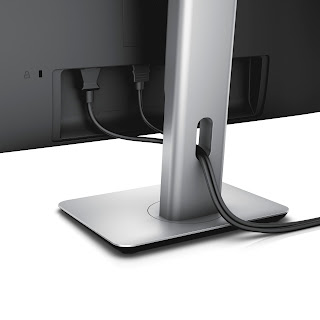 On our first glance, the Dell U2417HWi looked great. Images were sharp and colours were more vibrant than other monitors that we have tested. These can be attributed to its Full-HD 1920 x 1080 resolution, as well as its support for Adobe RGB colour gamut. With AdobeRGB colour profile a wider spectrum of colours can be viewed on every single pixel on the monitor.

Also, as the Dell U2417HWi uses a In-Plane Switching (IPS) panel, there were no issues or whatsoever regarding viewing angles. In our tests, we were able to see the images even when we were standing at the far corners of the monitor. Based on the specifications, the Dell U2417HWi has a 178 degree horizontal and verticle viewing angle.

The Dell U2417HWi is backlit with a White LED edge light system. Since the LEDs are placed at the edges, there could be problems with uniform brightness throughout the screen. We were assured when we switched off the lights and looked at a blank image on the display with varying brightness levels. We realised that the differences are barely noticeable. Brightness levels were uniform throughout the whole display panel. 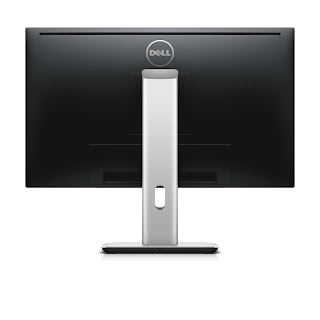 Connecting to the Dell U2417HWi was extremely simple. We simply had to look out for the wireless displays that were near our computing via the Windows operating system, and the connection would be established within seconds. An exact mirror of the laptop screen will be shown on the monitor without any use of additional software or cables. It almost seemed like magic that it worked so easily. However, we also realised that not all laptops with a wireless module will support wireless displays. Users have to make sure that their devices supports the Dell U2417HWi before the purchase. Our older Lenovo X220 on the 2nd Generation Core Series processors was not compatible with the monitor. Luckily, we can still connect the laptop to the monitor via a HDMI cable.

It is understood that the Dell U2417HWi is more suited for office applications. Wireless Display technology is not perfect and we realised that there are some noticeable delays between actual action from the host computer to the display when connected wirelessly. In fact, we will definitely not recommend any sort of gaming on this monitor if users wish to interface with the monitor wirelessly. For fast action games that requires the best response from players, a wired connection will definitely be preferred.

Of course, as the monitor lacks high end gaming features such as GSYNC or FreeSync support, gamers could think twice if they are looking for the best possible gaming monitor available. However, casual gamers or other mainstream users could really enjoy using on the Dell U2417HWi because of its unique edge to edge panel design, matt panel, high end specifications and additional features.

We also found out that the Dell U2417HWi also supports multiple wireless connections at a time. In fact, to maximize efficiency, users can even connect their smartphone to the monitor at the same time as well. The host computer can connect to the smartphone via bluetooth, and control smartphone from the host computer. The innovative feature is sure to be a hit with users require to frequently use their smartphones for their work. They can now control their computer and smartphone at the same time, on the same screen with the same peripherals wirelessly, simplifying their work so much more.

We appreciated that Dell has designed an integrated USB 3.0 hub within the monitor. This allows easy access to USB ports that are found at the rear of the monitor. Sadly, these USB ports are very difficult to reach. Understanding that users tend to align the back of their monitors to the wall, they will have to rotate the whole monitor around to actually reach the ports. Furthermore, they will have to remove the cover and then, make sure that their USB 3.0 headers will fit in the right direction of the ports at the back of the monitor. We think that the placement of the USB 3.0 ports on the monitor can be better thought about.

The Dell U2417HWi is an excellent monitor that excels in producing crystal clear images, living up to the UltraSharp series’ reputation. Its almost borderless design uniquely identifies itself from any other monitors in the market and attracts anyone who seeks minimalist characteristics. Setting up the wireless monitor was also much easier than expected, and devices could connect to the monitor in no time. If you are looking for a high quality and well designed wireless monitor, the Dell U2417HWi is sure to be one of the best, if not the only choice available.