Xiaomi Max revealed – To be launched on 10th May

Home » Xiaomi Max revealed – To be launched on 10th May

On the 10th of May, Xiaomi will have their 2016 summer product launch event. At the event, Xiaomi is expected to launch their new Xiaomi Max device. In order to create hype for their new device, Xiaomi has released a new promotional video. Jokingly using the Xiaomi Max as a shade, the video shows the huge screen of the phablet, revealing some core features of the device. If the device used on the video was the actual Xiaomi Max, then it would really be one of the best looking phablet devices out in the market. 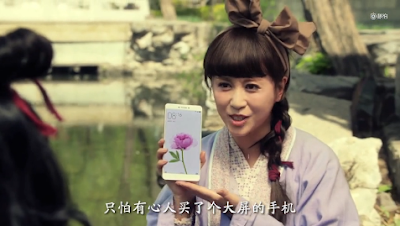 As seen from the video, the Xiaomi Max phablet will not have any physical buttons, unlike the flagship Mi5. The back of the phone will also feature a fingerprint sensor and will be made from a metallic material.

Based on previous leaked information, the Xiaomi Max is said to have a large 6.44 inch 1080p screen. It will feature the Snapdragon 650 processor, 4500mAh battery, and supports dual-SIM and full 4G LTE network capabilities. The Xiaomi Max is rumoured to be released at 1299RMB (285SGD).

The video can be viewed here http://www.miaopai.com/show/A05O5OokPL2L9nidCTR4aA__.htm