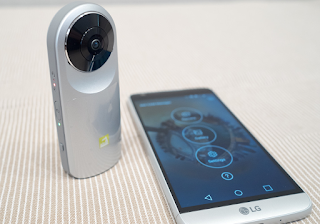 After the domination of selfie photographs in the world, the next big thing in mobile photography is all about 360. With multiple cameras, it is now possible to capture photographs in 360 degrees. Viewers can simply manipulate a 360 degree photograph to get an “all-around” view. 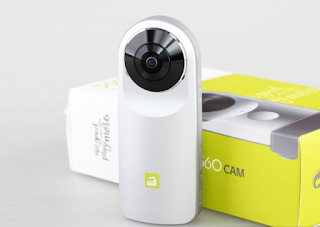 LG has just released a little nifty 360 CAM to partner their flagship LG G5 smartphone, extending its capabilities. The LG 360 CAM weighs less than 80g and is highly portable. it is made up of two 13MP camera. Each camera can take photos of up to 200 degrees from the current point of the view of the photographer. In order to create a 360 degree photo, these two cameras can each capture a photograph simultaneously and stitch the two images together by software. The LG 360 CAM is also equipped with 3 microphones that allows the recording of 5.1 surround audio.

LG has made it easy to use the 360 CAM. Users can simply short press or long press on the shutter button to capture photos or videos respectively. Users can take 360 degree photos by holding the camera on the hands, but installing the 360 CAM on a tripod can result in a more impressive photograph to be produced.

Even though the 360 CAM is designed specifically for the LG G5, it is also compatible with any other Android device. Users will just have to download the CAM Manager from the app store. With the 360 CAM Manager, users can control the camera’s ISO, shutter speed and aperture size with other settings. The app allows both usual or 360 degree photographs. 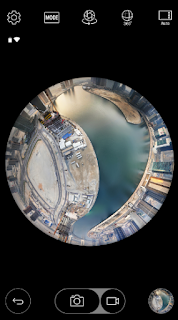 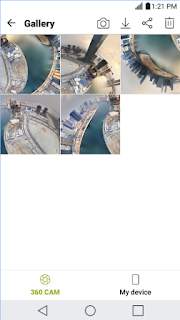 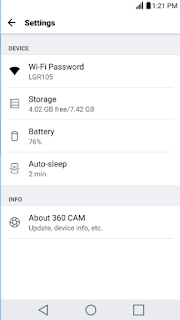 360 CAM’s photographs or videos can be played on any Android device that supports 360 degree view. These media can be manipulated by either touch gestures or just by moving the phone in the expected direction.

Currently, Facebook and Google Street View support these kind of 360 degree photos and videos. As other social media platform jump on board, 360 degree media could be getting really popular.

360 CAM’s 360 degree media gives consumers a first person view. It is a great form of media to share daily life events and travelogues. With such a compact and portable device, coupled with the fun and user friendly experience with the CAM Manager controlling the camera, we are quite sure that the devices is going to be a hit with youngsters.