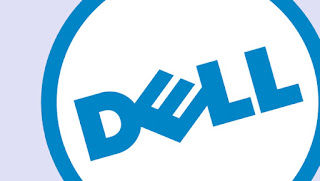 Singapore – May 26, 2016 –Dell Networking today introduced new capabilities for campus and data center environments, including the launch of new cloud-managed wired and wireless solutions powered by Dell and Aerohive, Operating System 10 milestones and in-rack platforms for the data center.“Major trends such as cloud and software-defined create a dynamically changing IT landscape, both on campus and in the data center,” said Mak Chin Wah, general manager for Enterprise Solutions, South Asia, Dell. “These new Dell Networking solutions help our customers navigate these changes with future-ready architectures, open technology and hyper-scale inspired efficiency.”

Building on its One Network campus vision, Dell Networking has collaborated with Aerohive to deliver a new cloud-managed solution that integrates and manages wired and wireless infrastructure. The co-branded solution incorporates Dell N-Series switches and Aerohive access points into Aerohive’s HiveManager NG – a next-generation cloud-based management solution. This solution greatly simplifies end-user access, setting a new standard for wired and wireless network convergence by bringing enterprise-class management to the public or private cloud.

With a customizable user-focused interface, HiveManager NG allows for high-level or in-depth views of all facets of Dell and Aerohive networking devices including applications, users, policy management and switch port status. Further simplifying wired and wireless converged network management, Dell has expanded its industry-leading ProSupport to provide users with a single point of contact for unified network support. Through SupportAssist technology, ProSupport offers proactive and predictive automated support for issue prevention and resolution.
Movement Mortgage is one of the nation’s fastest-growing, privately-held mortgage companies, employing more than 2,000 people, at more than 300 branches across the United States. “To have a unified wireless platform across all operations and branch offices, and have it just work has undeniably advanced the efficiency and productivity for our employees, as well as streamlined operations for our IT staff,” said Will Simons, IT Director, Movement Mortgage.

These milestones demonstrate Dell and Aerohive’s shared vision of cloud-managed IT, providing streamlined operations, configuration, monitoring and troubleshooting for all elements of customers’ networks. “We believe cloud management has the opportunity to transform the way our customers serve their customers,” said David Flynn, CEO, Aerohive Networks. “We are proud to extend enterprise-class cloud management that Aerohive customers use to manage our access points to Dell’s switches. HiveManager NG sets the standard for building and managing networks.”Dell pushing the envelope in Open Networking – new community and capabilities

As a leader in Open Networking, Dell is driving ahead with its Operating System 10 (OS10) development with community building and integration projects including Open Compute Project’s (OCP) Software for Open Networking in the Cloud (SONiC) and partners Ansible, F5 and Silverpeak. These new OS10 collaborations and use cases demonstrate the flexibility and adaptability of Open Networking software: