Telstra and Ericsson Continue to Drive the Future of Mobile

Home » Telstra and Ericsson Continue to Drive the Future of Mobile

Telstra and Ericsson Continue to Drive the Future of Mobile 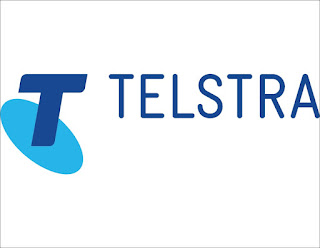 SINGAPORE, 22 February 2016 – Telstra, in partnership with Ericsson, today announced a series of mobile advancements that will bring world-leading speeds and features and lay the foundations for the launch of a 5G service, including the deployment of a 5G trial service on Telstra’s mobile network at the 2018 Commonwealth Games.
Telstra Group Managing Director, Networks, Mike Wright, said “continuous innovation is central to offering our customers – who are among some of the most sophisticated and advanced mobile users in the world – a world-class mobile experience. Having recently extended our strategic partnership with Ericsson, we are confident that we will continue to deliver valuable, next generation products and services to our customers for many years to come.”
The new innovations set to launch in 2016 include:
–       A 5G trial service on Telstra’s mobile network at 2018 Commonwealth Games
–       The world’s first commercially available 1Gbps network and compatible device
–       Expanded LTE Broadcast (LTE-B) applications and capabilities
–       Voice over WiFi
–       And next-generation video calling over LTE
5G trial at 2018 Commonwealth Games
As a major part of the collaboration to advance the development of a 5G service in the next few years, Telstra and Ericsson will deploy a 5G trial service on Telstra’s mobile network in parts of the Gold Coast, Australia, for the 2018 Commonwealth Games, creating one of the world’s most advanced technology-enabled sporting events ever.
This extensive collaboration includes the secondment of Telstra engineers to Ericsson’s Research Lab in Kista, Sweden for six months in 2016. The Telstra team will be working with Ericsson Research to collect data and build the mathematical models of the radio signals that will be used for proposed new 5G radio spectrums. Using this data, Telstra, in collaboration with research partners will further develop radio models specifically for the Australian environment for inclusion in the international standardisation process.
Telstra and Ericsson recently began 5G trials demonstrating speeds of more than 11 Gbps in a complex, real world, indoor setting at Ericsson’s labs in Sweden. The tests used high frequency “mm-wave” spectrum, in preparation for 5G field testing in Australia later in 2016.
Mike Wright, said Australia has unique requirements and as such Telstra is working to influence the world standards development, known as 3GPP, to accommodate these requirements, which will make the company’s move into 5G much smoother.
“Australia is distinct in many ways with an environment and population, ranging from densely populated cities to its remote, sparsely populated outback. The environment creates radio coverage challenges that stand out as vastly different to anywhere else in the world.  For this reason, we have a history of developing world leading, tailored coverage solutions and our work with Ericsson will ensure that Australia’s requirements are built into the radio design parameters of 5G from the ground up,” he said.
Ultra-fast 1Gbps peak network speeds
While focusing on the evolution to 5G, Telstra is also committed to deliver higher speeds over its 4G LTE service. Following a successful demonstration of 1Gbps capabilities in an end-to-end commercial network in December 2015, the Telstra mobile network will be enabled to support 1Gbps speeds in Melbourne, Sydney and Brisbane CBD areas in readiness for commercial device availability later in 2016.The ultra-fast speeds will be around 20 times faster than the peak speeds available when Telstra introduced 4G in 2011, and will mean increased network capacity to enable more customers to do more on their mobile at the same time.
LTE-Broadcast and Media Optimised Network (MON)
Over the past year Telstra has enabled the capability to switch on LTE Broadcast (LTE-B) technology at more than 3,000 4GX sites on the Telstra mobile network. This allows Telstra to broadcast media to a wide range of destinations areas around Australia.
“The use of LTE-B on the 4GX service on our mobile network will prepare our network not only for live video broadcasts and real-time match highlights in sports stadiums and at other event locations but also for our vision of mass device and application software, and content updates, laying the foundation for future services across the footprint. Telstra is also looking to trial the delivery of software application updates and content prepositioning (pre-caching) on smartphone devices using the Media Optimised Network (MON) to improve the customer experience,” Mr Wright said.
Voice over WiFi
Telstra will launch Voice over Wi-Fi helping customers with compatible VoLTE handsets enhance their in-home coverage using their fixed broadband WiFi gateway. The technology seamlessly hands voice calls between a fixed broadband gateway and Telstra’s VoLTE enabled 4G service on Telstra’s mobile network. In future, this will evolve to include video calling.
Video over LTE (ViLTE)
In the second half of 2016 Telstra will launch the next generation of video calling with the introduction of Video over LTE (ViLTE). ViLTE will enable customers with compatible devices to make High Quality video calls direct from their dial pad or contacts list. Customers will be able to switch between their voice and high quality video mid call and set up video calls with groups.

Journey to 5G: Singtel partners with Ericsson to ready 4G LTE network for Internet of Things

Phresh is raising funds to save fruits and vegetables from spoiling