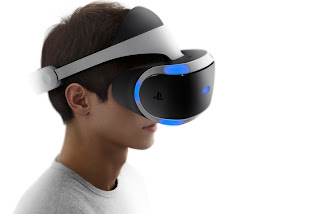 Singapore, 29th October, 2015 – Gamers all over the world are losing sleep thinking about it. Tech geeks are drooling. Consumers are waiting for it. Everyone wants to get their hands on the next big thing in consumer tech and video games – Virtual Reality (VR) gaming.
Sony Computer Entertainment Hong Kong Limited Singapore Branch (SCES) is proud to debut the PlayStation@VR – the virtual reality system for the PlayStation 4 gaming console – to members of the public in Singapore at GameStart Asia. This is also the first time that SCES is showcasing its PlayStation®VR at a public event in South-east Asia and the first time that the fans here can experience the next dimension of video gaming at a major public event here of this magnitude.
When the player places the VR headset on their head, an impressive virtual world will appear right before the player’s eyes, and as the player’s head rotates, the image of the world will also rotate naturally and intuitively in real-time. By utilizing 3D audio technology uniquely developed by Sony Computer Entertainment Inc., sounds that players hear will also change in real-time depending on their head orientation within the 360-degree virtual space. Furthermore, by using PlayStation®Move Motion Controller or Wireless Controller (DUALSHOCK®4), players can explore virtual environments, and interact with virtual characters as if they are actually present in the world of a game.
Visitors to the video gaming show will be able to get hands-on experience of the PlayStation®VR at SCES’s double-storey exhibition booth which will occupy a total floor space of 400 sq m – the size of four HDB apartments put together. “The Playroom VR”, “The Deep”, “Kitchen” and “The London Heist Getaway” are just a few of the interesting PlayStation®VR titles which users can try their hands on.
The PlayStation booth this year is 30 per cent larger than last year’s booth at GameStart Asia. The entire second floor of the PlayStation booth will be dedicated just for the PlayStation®VR experience, where fans will be able to test out the immersive Virtual Reality experience at six PlayStation®VR machines. On the first floor, gaming enthusiasts will be able to get their hands on over 30 of the hottest game titles across 50 gaming stations, including blockbuster titles such as “Star Wars™Battlefront™”, “Call of Duty:Black Ops III” and “STREET FIGHTER V”.
About PlayStation®VR
PlayStation®VR is a unique Virtual Reality system that combines with PlayStation®4 and PlayStation®Camera to enable players to enjoy a variety of content.
＜Main specifications of PlayStation®VR＞
*Specifications and designs are those of the prototype and are subject to change.
SCES is dedicated in bringing the best gaming experience to all PlayStation®4 users and further enhance and popularize the PS4™ platform.
# # #
“PlayStation” is a registered trademark and “PS4” is a trademark of Sony Computer Entertainment Inc.

PARENTS AND CHILDREN UNITE OVER FEAR OF STRANGERS GETTING UP CLOSE AND PERSONAL ONLINE, SAYS INTEL SECURITY “2015 TEENS AND THE SCREEN” SURVEY