On the 10th August 2015, Google’s founders Larry Page announced on the official Google Blog that their have been some organization and structural change to Google. Sundar Pichai will be the new Google CEO. Subsequently, both co-founders Larry Page and Sergey Brin will be working on a over arcing company that manages different companies like Google. Named Alphabet, the parent company of Google will be run by Larry Page as the CEO and Sergey Brin as the President. 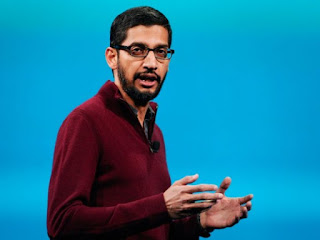 Alphabet comprises of a list of companies that are started out by the original Google, as well as those which were acquired by them. This strategic move by Larry Page was justified for the betterment of Google. This way, Google will be able to focus on what they do best, improving the current products that they are providing such as YouTube and Maps. They will not be bogged down by unfamiliar companies that are newly acquired.

Alphabet will be the parents of all these companies that were acquired by the original Google, providing supervision on their development as well as finance.

According to a document submitted by Google to SEC, Google’s range of products includes Search, Ads, Maps, Play Store, YouTube and Android. A company like Boston Dynamics, which was previously under Google will be shifted out of the company and be directly managed by their own CEO while being overseen by Alphabet. This means that Sundar Pichai will be only focusing his work on the current products that he have already been working on.

As Google expands, it is easy for them to lose focus and move in a different direction as initially set off for. Both co-founders understand the potential problem that this brings, and decided to break up all the companies, so that each of them can truly do the best in what they can.

Larry Page ended his blog post with a much lighter note, affirming his dedication and passion in what he is doing. We are definitely looking forward to what has to come for the newly formed Alphabet.

Taken from Larry Page’s post on the newly formed Alphabet :

We are excited about…

What could be better? No wonder we are excited to get to work with everyone in the Alphabet family. Don’t worry, we’re still getting used to the name too!