Get ready for exciting new Xbox One bundles - The Tech Revolutionist

Get ready for exciting new Xbox One bundles

Home » Get ready for exciting new Xbox One bundles

Get ready for exciting new Xbox One bundles
A few weeks ago at E3, we gave fans their first look at the greatest line-up in Xbox history. We were overwhelmed by your amazing response and today we are happy to announce some exciting new Xbox One bundles.
Since Xbox One launched, one of the most frequent requests from fans is to add more storage to their consoles. Today, we’re confirming the launch of the Xbox One 1TB console in Singapore, with the Xbox One Forza Motorsport 6 Limited Edition Console in celebration of the 10th anniversary of the critically-acclaimed franchise and the passionate community that has been a part of the landmark racing series for the past decade.
Featuring a racing-inspired design with iconic sports car styling and custom automotive sound effects, the Xbox One Forza Motorsport 6 Limited Edition Console is the first custom console from Xbox with a racing theme. The bundle includes a 1TB hard drive, matching wireless controller with rubberized diamond grips, and a digital copy of Forza Motorsport – the most beautiful and comprehensive racing game of this generation – plus the Tenth Anniversary Car Pack, which features spectacular cars with a custom livery and tuning package, all for S$639.
Combined with more than 450 cars, tracks from 26 world-famous locales, racing in the rain and at night, and epic 24-car multiplayer races in Forza Motorsport this fall, the console rounds out the realistic experience of driving ultra-high-performance cars in the thrilling world of motorsport.
The Forza Motorsport Limited Edition console will be available at select retailers alongside the release of Forza Motorsport on September 15. 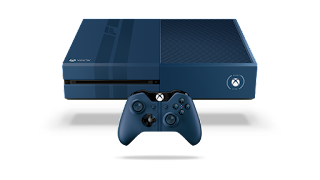 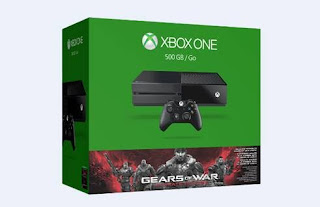 “There has never been a better time to buy an Xbox one and we are so excited about these new bundles for our fans in Singapore. With backward compatibility and the greatest line-up in Xbox history – now is the time,” said Terence Ng, Director, Retail Sales and Marketing, Singapore at Microsoft.