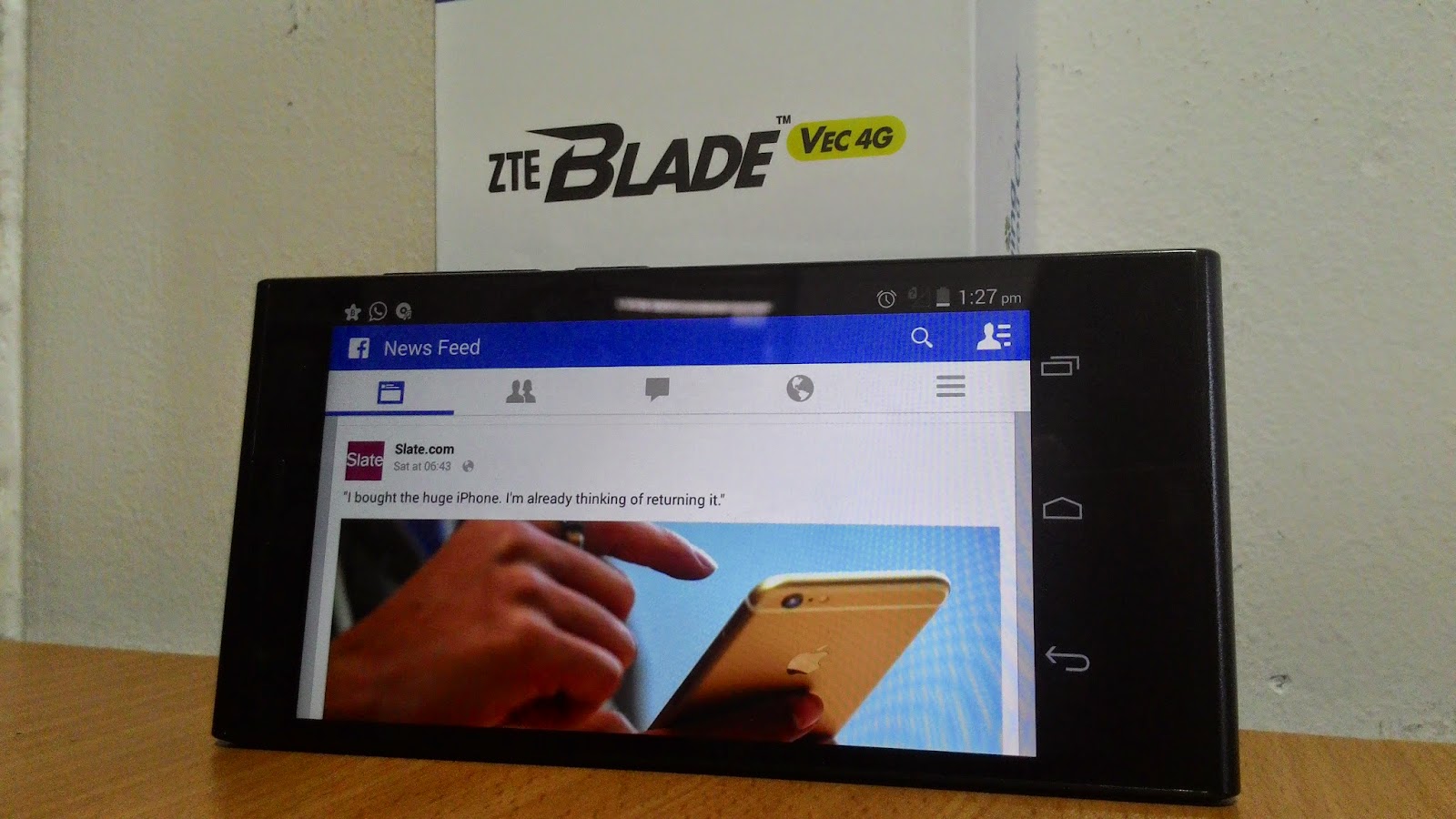 With smartphones becoming a daily necessity for every Singaporean in today’s high tech climate, manufacturers compete between themselves to provide the most value to consumers. With the entry of Xiaomi into our market, the game was changed as consumers realised that good smartphones can come cheap as well. Competing straight on with Xiaomi, ZTE, another China based smartphone manufacturer decided to step their foot here as well. The newly launched ZTE Blade VEC 4G smartphone is the highest end smartphone that they’ve brought over to our land. ZTE has decided to differentiate themselves by offering a 4G LTE budget smartphone for consumers. Will it win over the hearts of Singaporeans? We take a deeper look into what this new phone is all about. 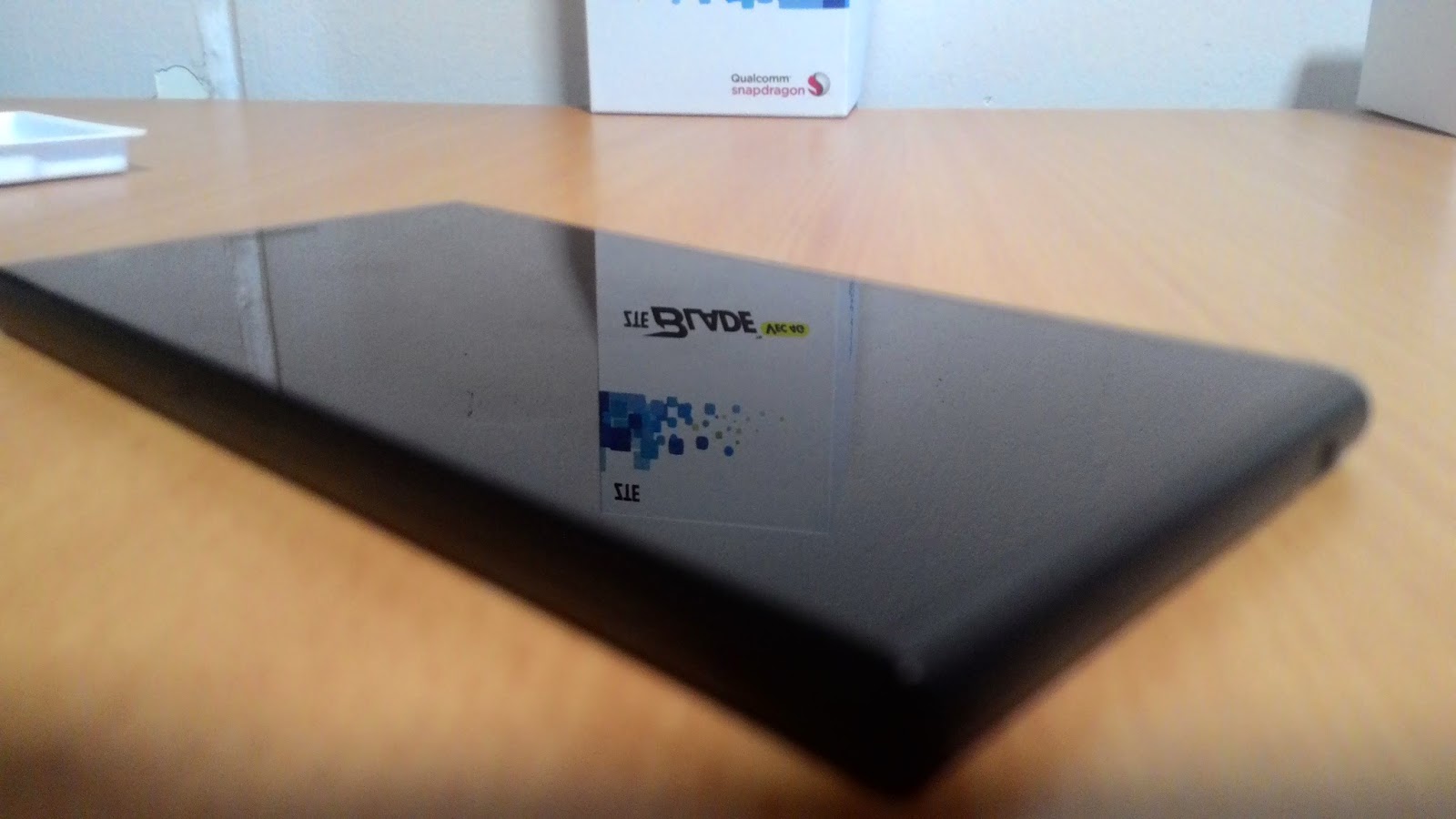 There’s one word that can be used to describe the design of the ZTE Blade VEC 4G – Simplistic. After trying out the ZTE Kis 3 last week, I’ve came to conclude that ZTE manufactures phone that simply works. No extra unneeded features that clutter and complicate the smartphone. ZTE Blade VEC 4G has got what all it takes to be a usable smartphone. On the front, ZTE has used a single glass piece to cover the whole area. This makes the whole front looks classy, as it the whole device is a piece of beautiful art piece. 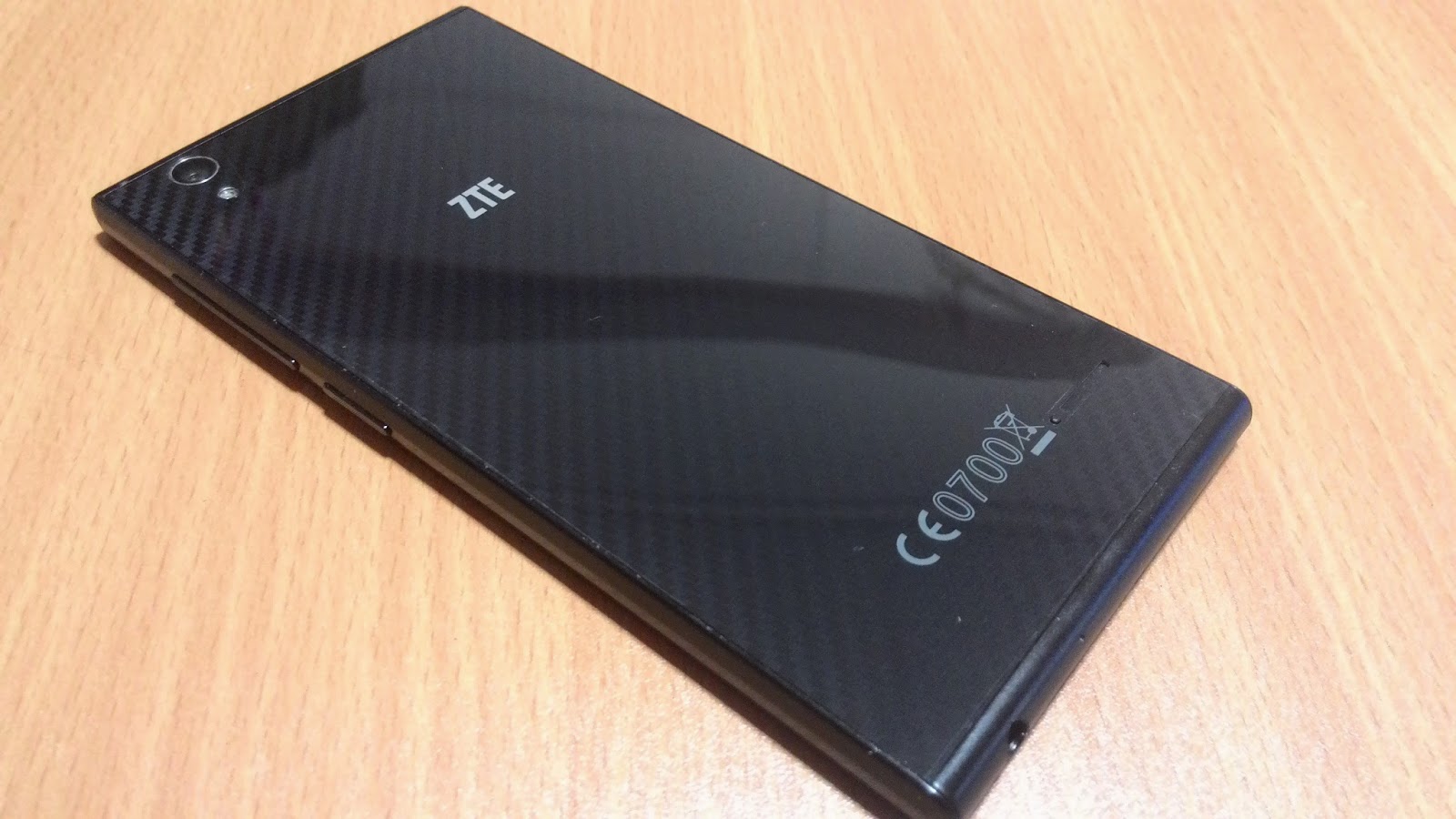 The back is also uniquely designed. ZTE has used a glass fibre material for the backing that makes it durable and well polished. Additionally, the black pinstripe design is sure to capture the attention of many. 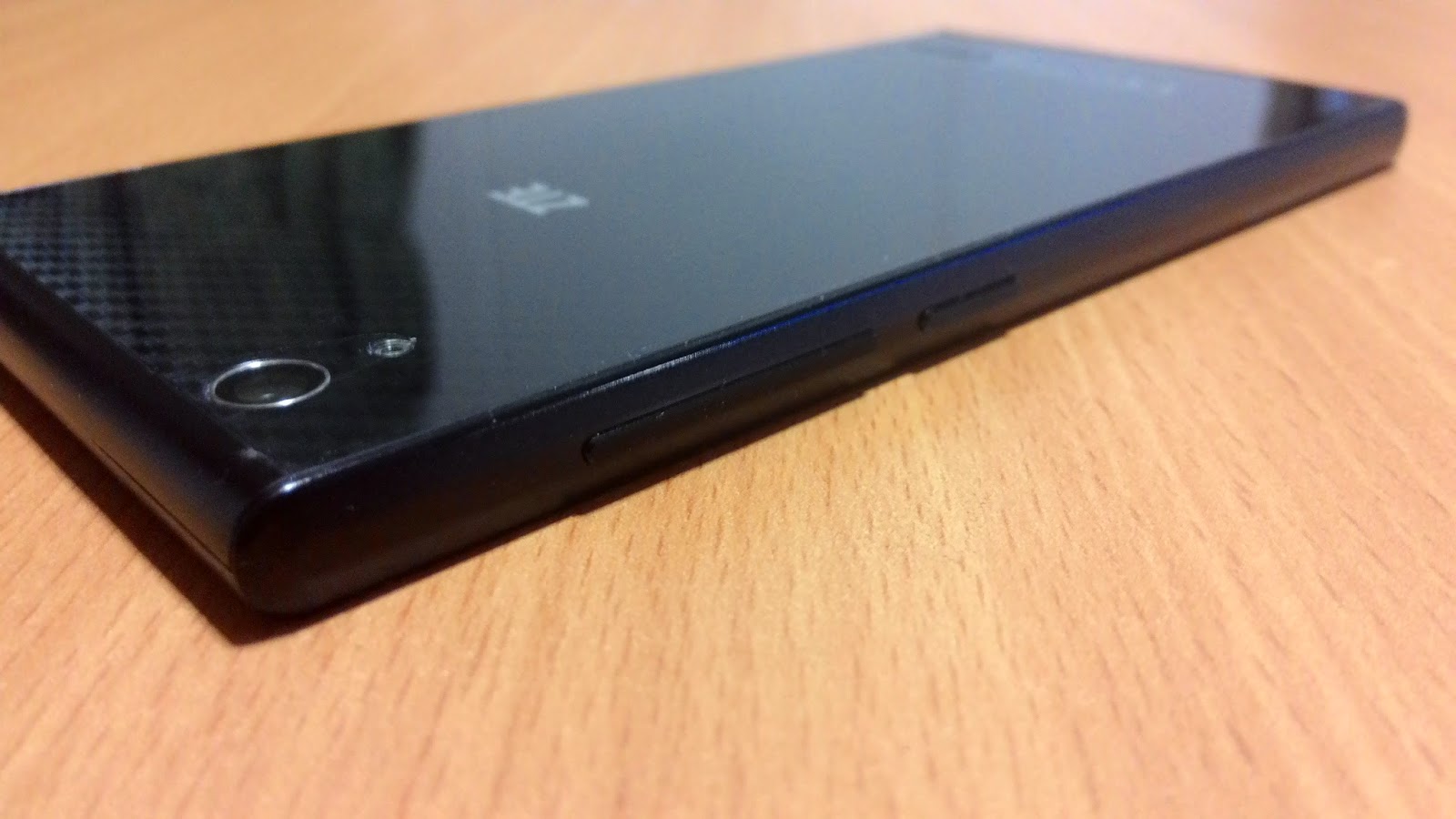 The usual power and volume buttons are also placed at the right side of the smartphone like many other Android smartphones in the market. One can be sure that they will adapt quickly to this smartphone. The phone also boasts a 8MP rear camera that promises clear and sharp images. 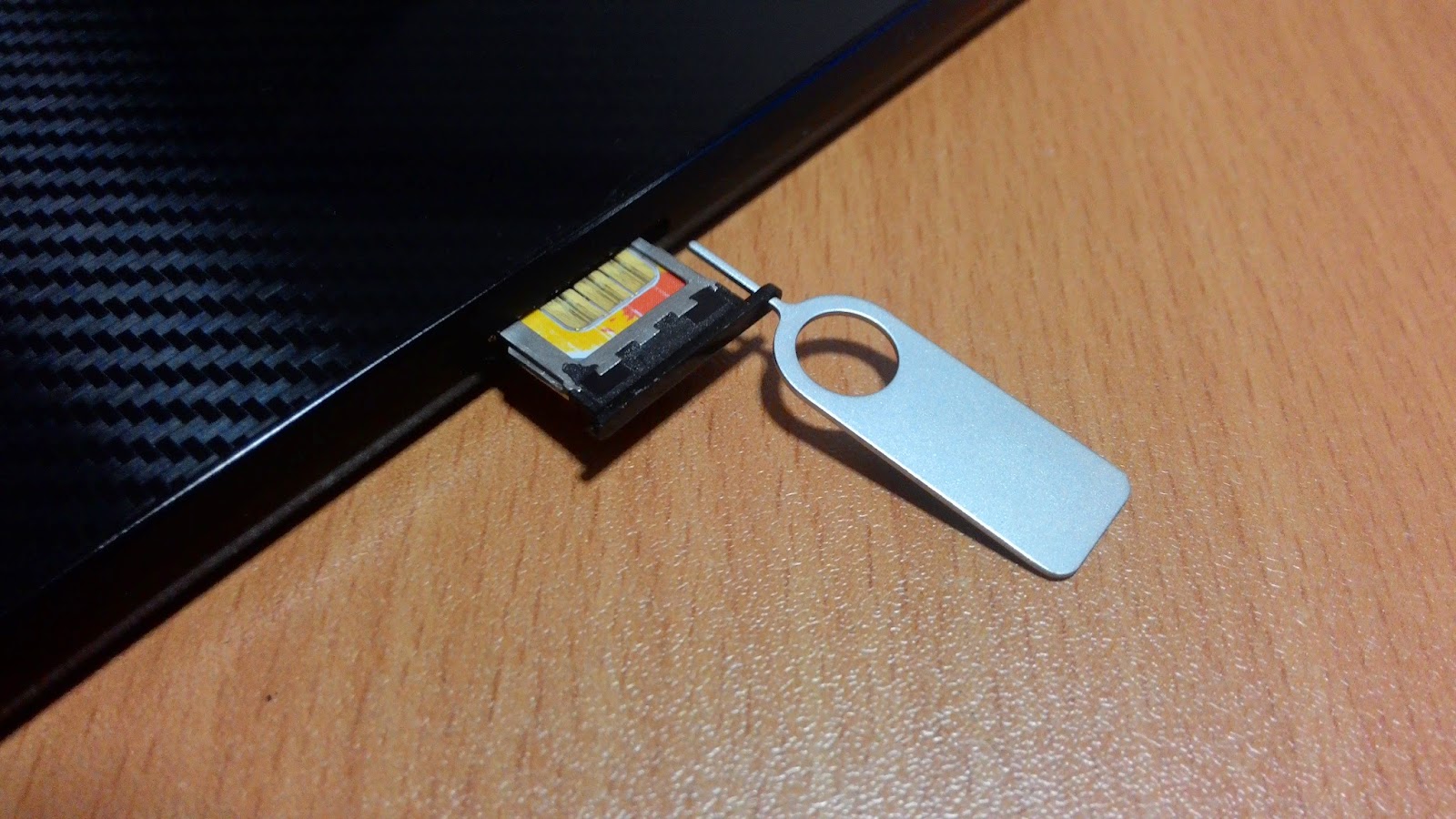 In order to make the phone slim, the ZTE Blade VEC 4G utilises a microSIM card for network connectivity. A SIM housing is inserted into the left side of the phone and it can be removed with a pin, much like the design of an Apple smartphone. 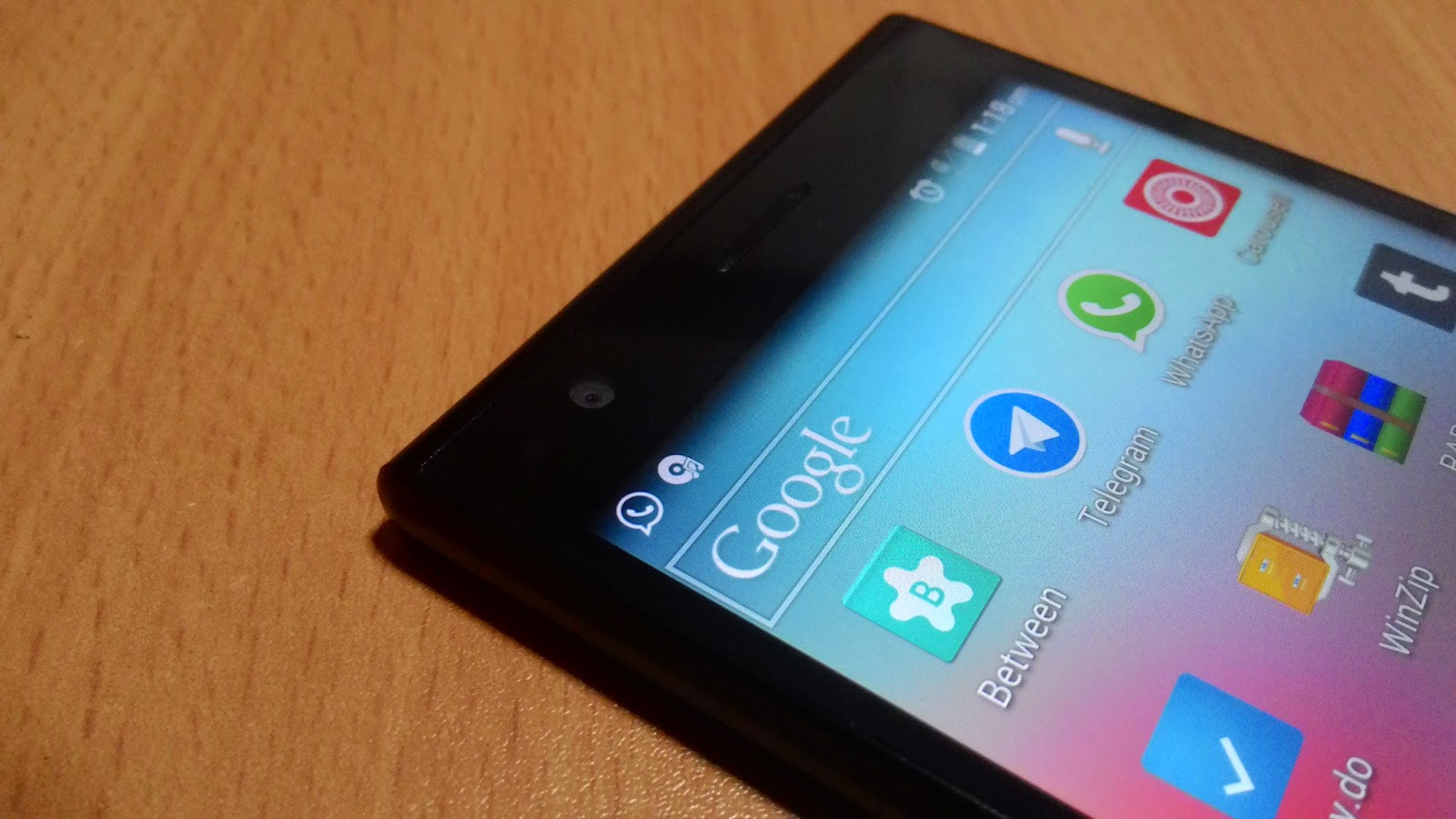 ZTE Blade VEC 4G boasts a 1280 x 720 resolution screen that I think should be a bare minimum for smartphones of its size. This essentially makes it a great multimedia and entertainment device which goes in line with its fast data network capabilities. 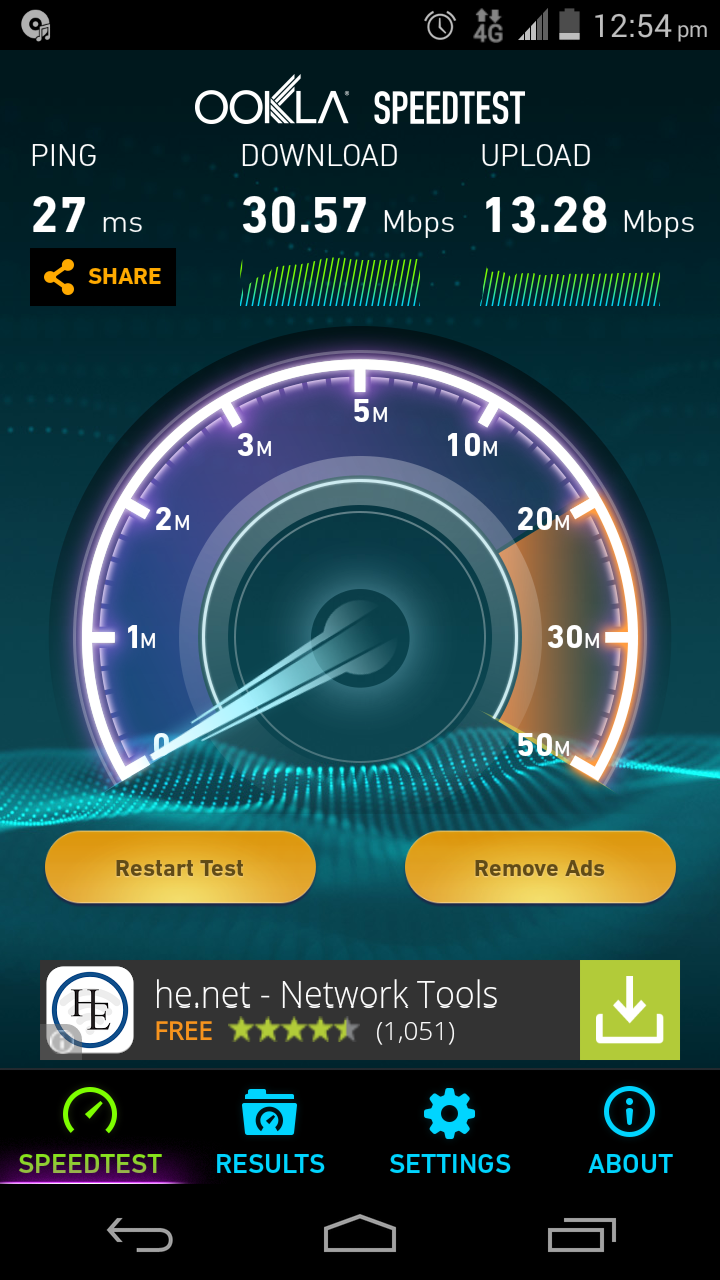 Of course, we should test the mobile network data speeds of the ZTE Blade VEC 4G to see if it is up to par compared to the other 4G smartphones. According to the SpeedTest App, we were able to download at a speed of 30Mbps with an upload of 13Mbps. This is in fact decent, as we’ve put into considerations of mobile network strength and interference. 4G mobile browsing speeds is awesome as I will be able to stream videos and download materials quickly into my smartphone now. In fact, such speeds are much faster than most cables ADSL and cable broadband speeds on the market. I have nothing much to complain about with such high speeds for a smartphone like this.

The camera app found on the ZTE Blade VEC 4G was proved to be more than average. 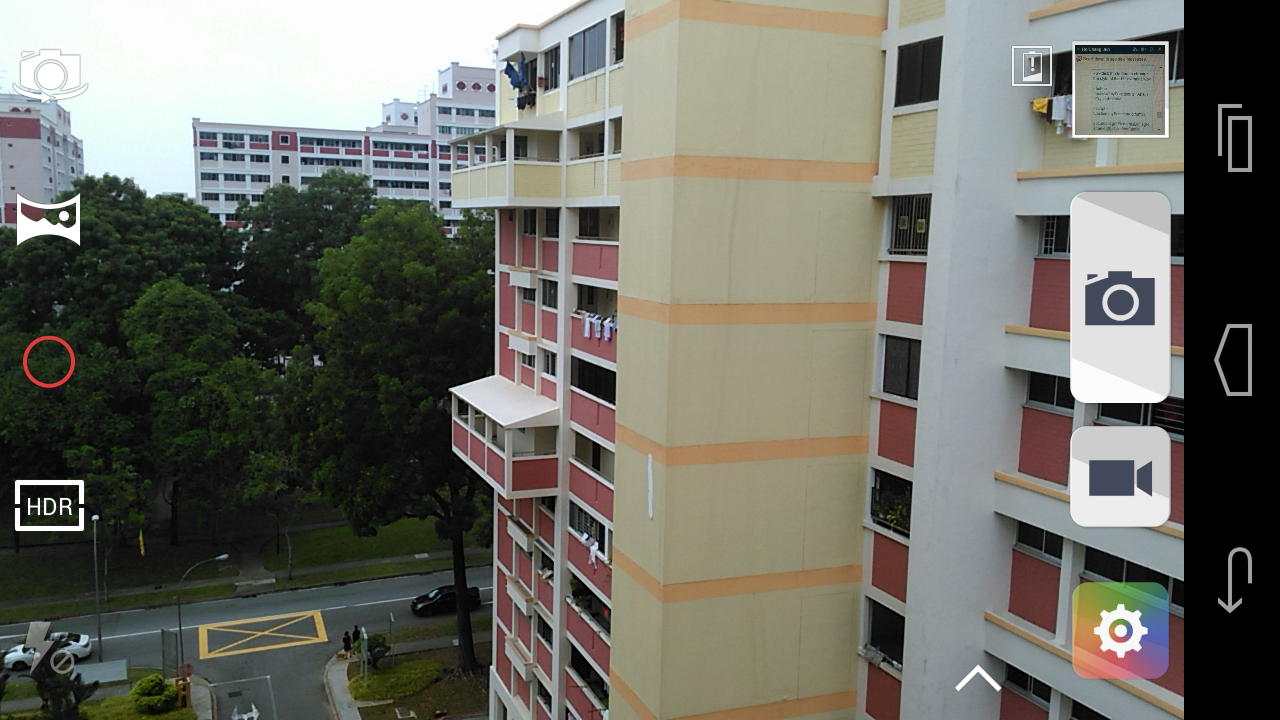 Simple buttons can be found on the screen and I was able to focus and snap easily. In terms of the quality, I would say that the camera was above average and images captured are decent to be used to be shared on social media. Thanks to the HDR feature which is included, I can even take more beautiful photos with the same hardware.
Thanks to expert mode, I was also able to play with the different camera settings available. Customizable options include ISO, white balance, exposure and metering. 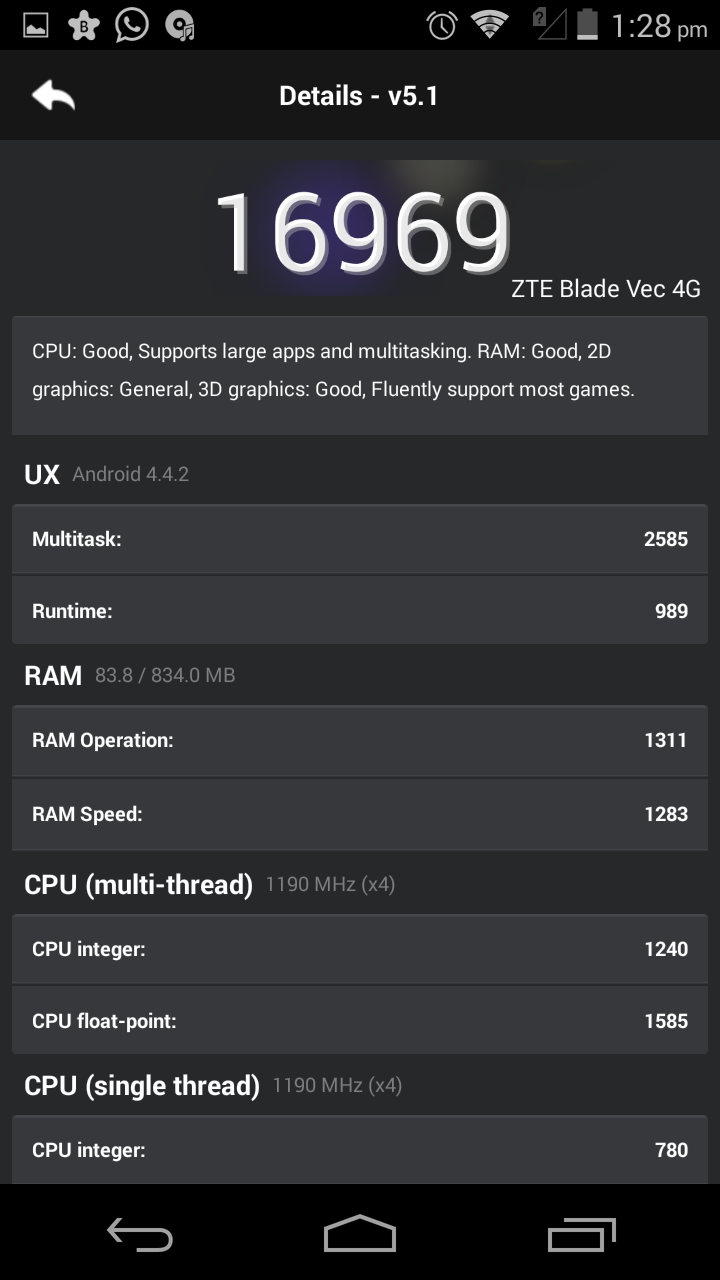 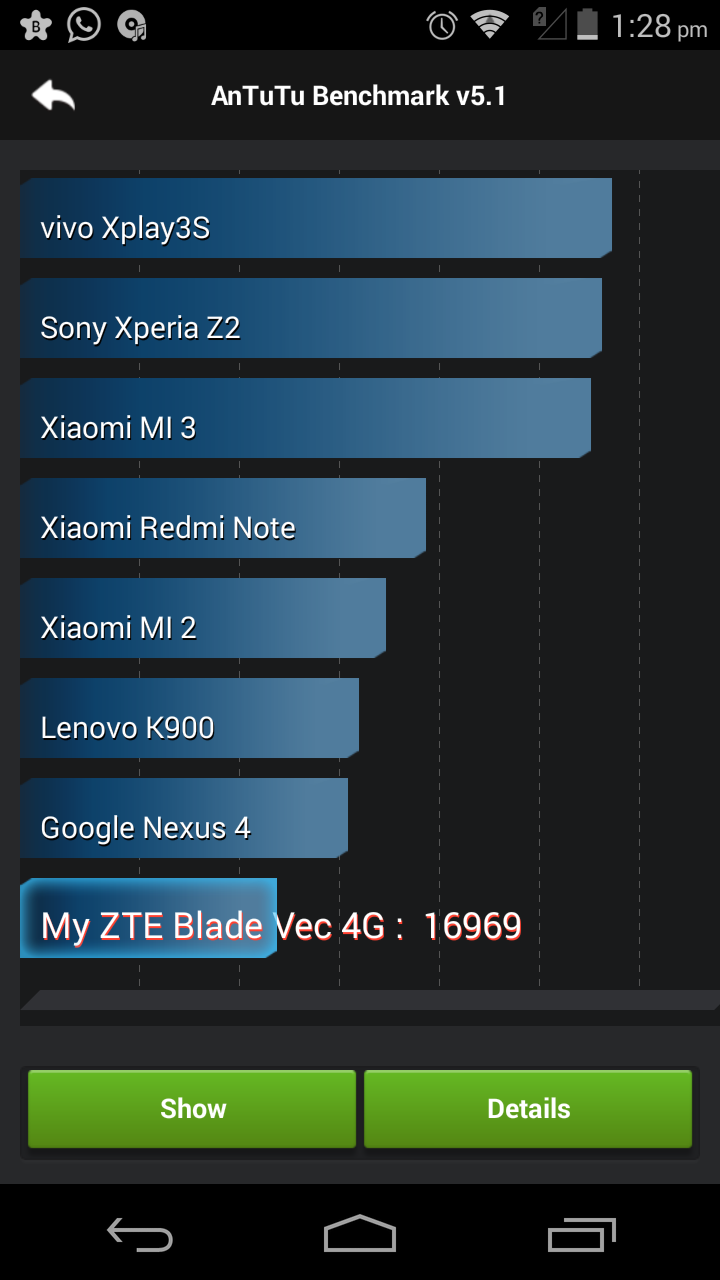 The ZTE Blade VEC 4G did not fair as well as other higher end smartphones. It is equipped with a Qualcomm Snapdragon 400 quad-core processor which is found on most mainstream smartphones. Of course, it works well for day to day tasks like social media, email and videos. However, I believe lags will kick in when higher end games are played on this device. Despite its slower processor as compared to other phones, it managed the operating system very well and I was able to have a smooth and lag free experience on the smartphone. That’s why I also have no complains with the ZTE Blade VEC 4G device as I’m not really a mobile gamer.

Stock Android with minimal 3rd party apps
Don’t you just hate it when manufacturers install tons of unneeded apps onto the smartphone and slowing down the whole system? Luckily, ZTE understands that and only installed a few fundamental apps for the smooth operation of the Android OS. This optimization will give users a lag free experience on the smartphone despite its lower end processor.

A great point that I think makes the ZTE Blade VEC 4G smartphone an awesome smartphone to consider is its speakers. Manufacturers usually forgot about audible user experience that forms a great part of overall smartphone experience. I’ve seen that most manufacturers simply neglect the importance of good quality speakers in their smartphones and as a user who consumes a lot of video and audio, I hold much anticipation in ZTE Blade VEC 4G’s speakers. Luckily, the phone did not disappoint me. The speaker unit was able to reproduce digital audio a lot to my preference. There was an adequate amount of bass coming out from the small speaker drivers and audio was generally clear and loud enough for the enjoyment of movies. I’ll have to really recommend this smartphone to others if they are looking for a on-the-go entertainment smartphone that has 4G capabilities. 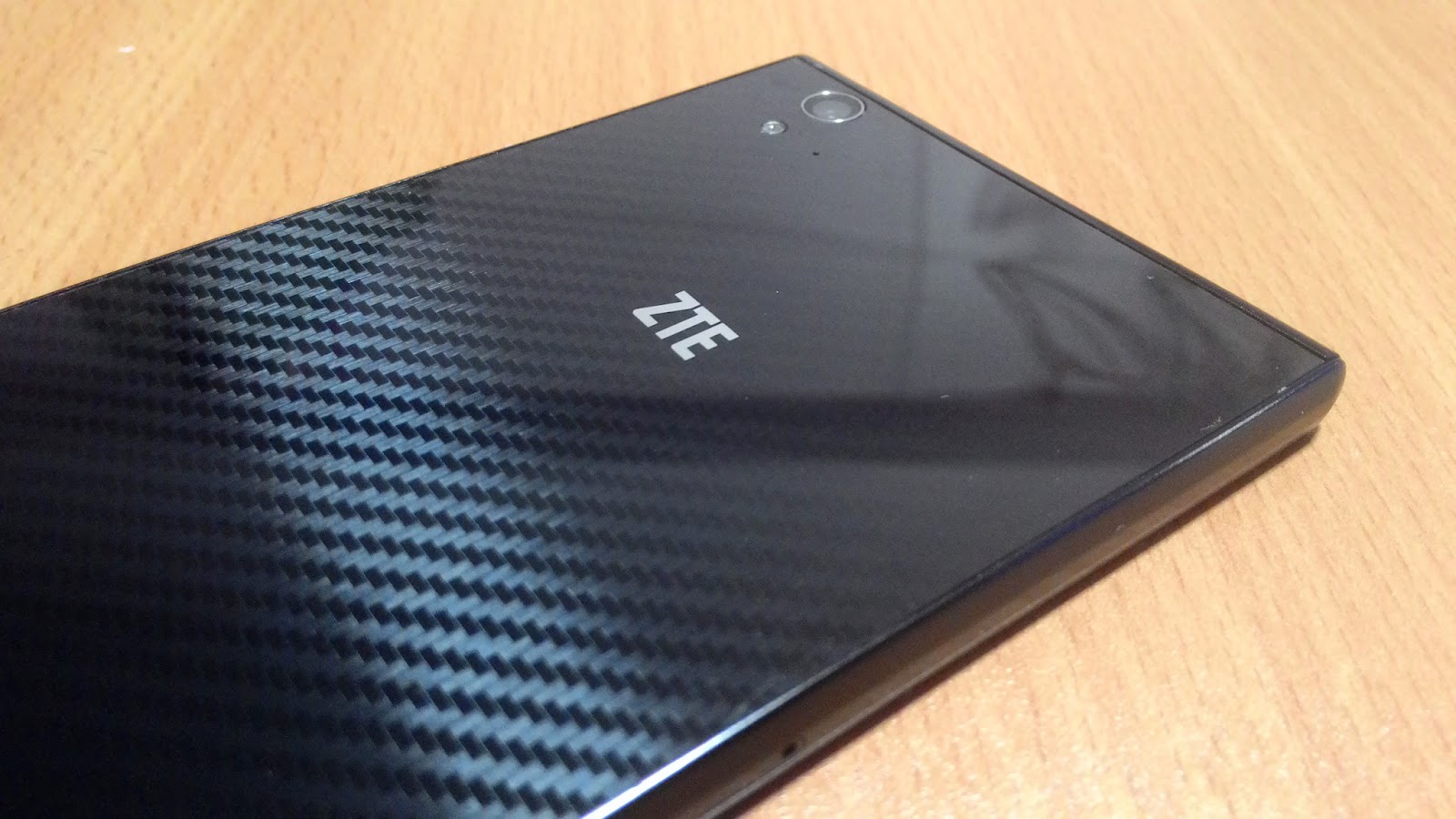 The ZTE Blade VEC 4G has a unique polised honeycomb glass fibre design for its backing which certainly makes it stand out from the other smartphones on the market. This design should attract many executives who the phone mainly targets.

This smartphone only weighs a mere 131 grams. It feels really sturdy in the hands and is made to withstand pressure and abuse because of the materials used.

ZTE Blade VEC 4G is also the first non-Nexus device to be preloaded with Google Now Launcher (GNL) worldwide. This gives users the ultimate Google Android experience, they way how Google engineers intended Android to be. Moreover, ZTE stays ahead of competition with frequent updates of their smartphones. While most high end smartphones are still on Android 4.3, they have went an extra mile to preinstall Android 4.4 on the ZTE Blade VEC 4.

Based on their past records, they have always been pushing out OS updates to their smartphones diligently. Be ensured that you will get the best Android experience out from all ZTE smartphones. 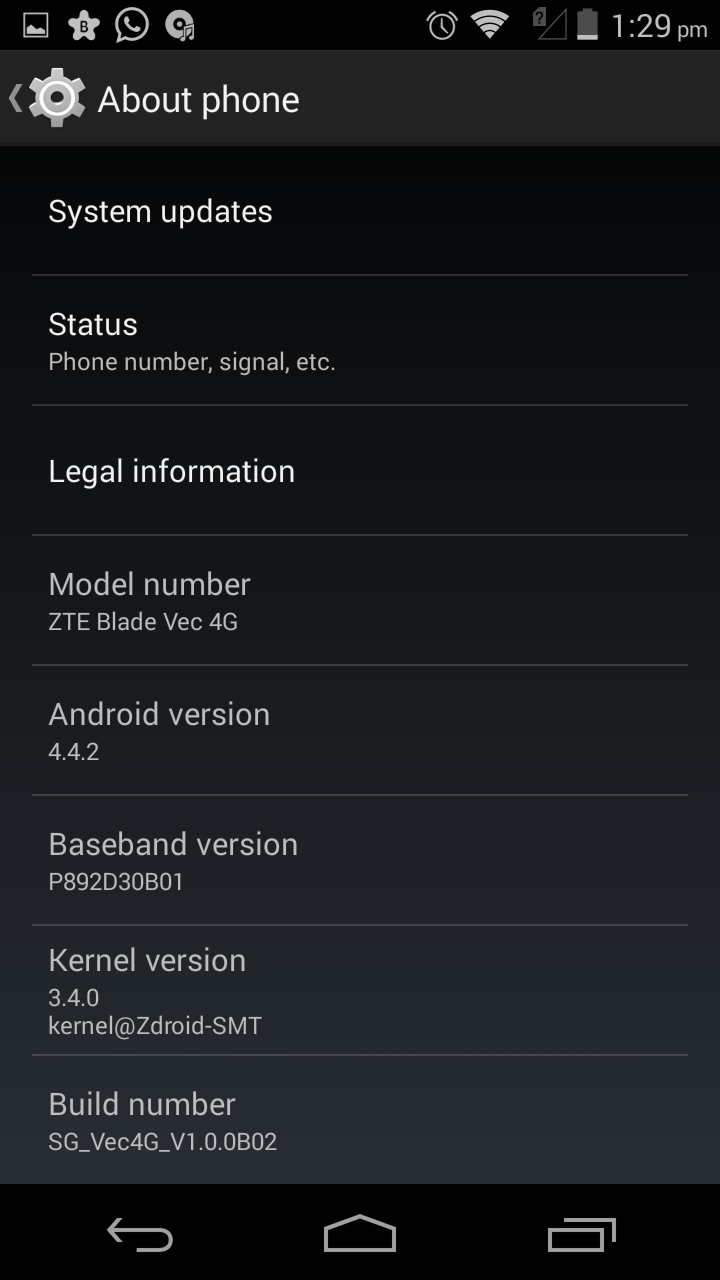 The deal breaker? It is a huge regret that ZTE Blade VEC 4G has got no MicroSD card built into the phone. This means that storage on this phone cannot be expanded. Storage capacity of 16GB built into the phone may not be enough for many, especially when this is such a great entertainment device.

It’s a design flaw to put the charging port and earphone jack at different places of the smartphone. Although it may not seem to be a big problem for many, those who listen to music on the go will understand the pain. It probably does not make sense to charge your smartphone with a power bank, plug in your earphones and leave the whole phone in the pocket when the phone is configured this way.

If you are looking for a 4G above average entertainment smartphone with a friendly price tag, the ZTE Blade VEC 4G is a great choice. It has got one of the best speakers that I’ve tested so far on smartphones and its camera is pretty decent too. For a $299 price tag, I believe that many can afford it. However, the non-existence of a Micro-SD card slot really deters me from getting one myself. Other than that, ZTE Blade VEC 4G will definitely be a good smartphone that I will recommend to others.

Purchase it on lazada here