Doers Level Up with Professional Multimedia Machines
Singapore – July 2, 2014: Lenovo (HKSE: 992) (ADR: LNVGY) is proud to have been a partner of this year’s Campus Game Fest, held this past weekend at ITE College Central and organized by the Singapore’s Cybersports & Online Gaming Association (SCOGA).
With an unprecedented turnout of over 15,000 participants, Campus Game Fest 2014 hosted three prestigious tournaments with a combined prize pool totalling over S$25,000. Held in conjunction with various competitive e-sports tournaments, Campus Game Fest featured popular games such as Defence of the Ancients 2, League of Legends, Battlefield 4 and FIFA 14.
“This year’s overwhelming response shows the rising popularity of gaming as a form of e-sports in Singapore, and Lenovo is proud to have elevated the experience of our future pro-gamers with our multimedia powerhouse machines,” said Jessie Quek, Country General Manager, Lenovo Singapore. “These talented youths embody the drive and passion we embrace in Doers of today, and it’s up to us to provide these promising achievers with the tools, such as our high-performance gaming machines, for them to take their skills to the global arena.”
Front-lining the tournament stage, Lenovo’s line-up featured the sleek Y400 and Y410p machines, which sports the unique UltraBay, an interchangeable bay that allows users to instantly swap out for dual graphics capability, increased storage space or an additional fan for cooling, ensuring that players are at the top of their game with stellar performance  in every play. The head-turning Lenovo Z470 was also a star of the show with its HD display and powerful Intel Core i5 processor.
Other highlights of the event included a 3-day 2-night bring-your-own-computer LAN Party, the SCOGA Boot Camp, which aimed to help youth gamers improve their team-building skills through a healthy, hands-on approach, as well as a host of free-to-enter workshops on topics such as competitive gaming, TV production and art fundamentals for game artists. Some lucky attendees also stood a chance to win the ergonomic yet stylish Lenovo Yoga Tablet 10, and one even took home the ever-popular Lenovo Yoga 11s, a convertible Ultrabook which features a 360° flip-and-fold design. 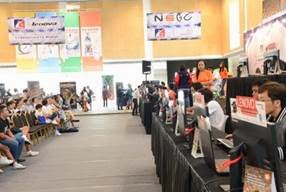 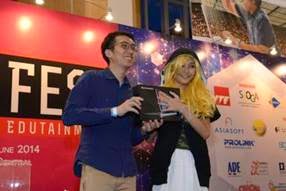 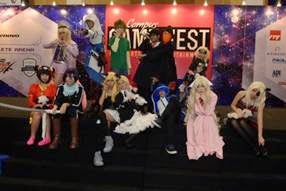 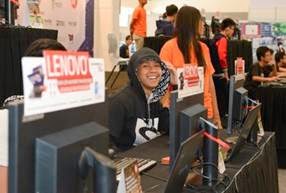 HP Helps Organizations Transition to a New Style of IT