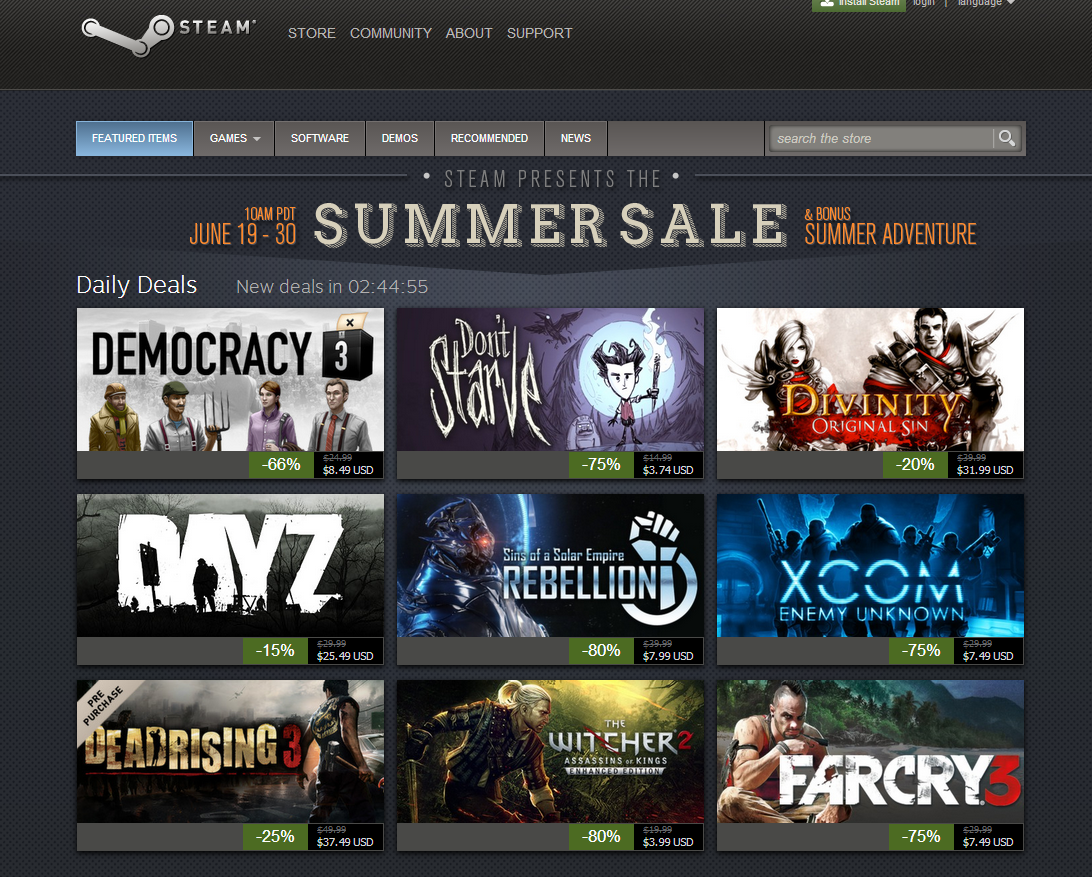 Singapore, 20 June 2014 –  The annual steam summer sales has begun this morning with

If you are an avid gamer on the PC platform, chances are you already know what is Steam. But. If you are one of those who aren’t in the know, Steam is a online cloud service which sells and stores you game purchases online. You can access Steam at http://store.steampowered.com/

There is also Summer Adventures event to craft various In-game and trade-able items for trade and sale within the community and also Community’s Choices where users can vote from 2 sets of 4 games to go into sale for the next 8 hours.