POLICE ARREST HACKER AND VANDALS
Police have arrested a 35-year-old Singaporean man for the recent series of hacking incidents into the websites of the Ang Mo Kio Town Council, the Straits Times Blog, People’s Action Party Community Foundation (PCF) and City Harvest Church co-founder Sun Ho. In a separate operation, five other men have been arrested for vandalising public property. Preliminary investigations indicate that the hacker and vandals do not know each other and their criminal acts were committed in isolation. 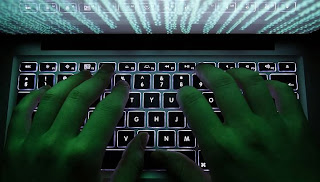 Arrest of hacker
Since September 2013, Police have received several reports where the websites of the the Ang Mo Kio Town Council, The Straits Times blog, City Harvest Church co-founder Sun Ho and the People’s Action Party Community Foundation (PCF) were reportedly hacked.  Police also received a report of attempted hackings of websites linked to the City Harvest Church. Through extensive investigations and enquiries conducted, Police managed to establish the identity of a possible suspect.  The suspect was also wanted by the Central Narcotics Bureau (CNB) for outstanding drug-related offences in Singapore and was believed to be hiding in Kuala Lumpur, Malaysia.
The Singapore Police and CNB worked very closely with the Royal Malaysia Police (RMP) to track down the suspect in Malaysia and arrested him on 4 November 2013.  He was subsequently brought back to Singapore and charged in Court on 5 November 2013 with three counts of the offence of Consumption of Controlled Drugs under Section 8(b) of the Misuse of Drugs Act.  The Court granted a one-week remand for further investigation.

The suspect is a 35-year-old male Singaporean and is believed to have operated alone.  He will be charged in Court on 12 November 2013 for an offence under Section 5 (1) of the Computer Misuse and Cybersecurity Act, Chapter 50A, which carries a punishment of a fine not exceeding $10,000 or imprisonment for a term not exceeding 3 years or both.
Arrest of Vandals
On 5 November 2013, Police received two reports of vandalism with writings purportedly linked to the ‘Anonymous’ group.  In the first case, spray-painted wordings were discovered on the wall and pavement of a building along Prinsep Link.  In the second case, writings in marker ink were discovered on the notice board of a HDB block in Tampines and a nearby bus stop.  On 6 November 2013, a third incident was reported to the Police where spray-painted wordings were found on the walls of a HDB void deck in Woodlands.

Through investigative probes and extensive interviews, Police established the identities of the five suspects involved in the first case on 5 November at Prinsep Link.  On 7 November 2013, four of the suspects, Singaporean men aged between 21 and 26, were arrested. The remaining suspect, a 24-year-old Singaporean man, was arrested on 8 November 2013.

All five suspects will be charged in Court on 12 November 2013 for offences of Vandalism with Common Intention under Section 3 of the Vandalism Act read with Section 34 of the Penal Code, which carries a punishment of imprisonment of up to three years or fine up to $2,000, and caning of not less than three strokes and not more than eight strokes.
Other Investigations
In two other separate incidents, Police received reports on 8 Nov 2013 on the alleged “hacking” of websites belonging to the Prime Minister’s Office (PMO) and Istana.
Police investigations revealed that the suspect(s) had exploited a vulnerability in the said websites to display pages from other sources.
Police has since established the identities of five suspects, Singaporean men aged between 17 and 45. The five suspects are currently assisting the Police in our investigation.
Current indications are that these two cases are unrelated to each other and to the first two cases of hacking and vandalism.
SINGAPORE POLICE FORCE
12 NOVEMBER 2013 @ 12.15PM