Intel is going to announce and discuss details regarding their new Bay Trail Atom Z3000 series and Ivy Bridge-E HEDT platform at IDF13 San Francisco. Aside from these, Intel is also going to discuss their new developments for PC enthusiasts which includes topics like SSD Overclocking which we just came to know a few weeks back. 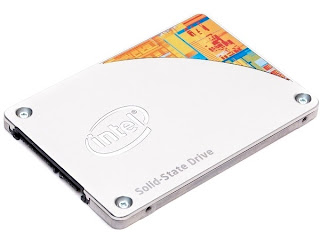 First of all, we know that the SSD Overclocking would be possible not only on Ivy Bridge-E but all other desktop platforms from Intel through their Intel XTU (Extreme Tuning Utility) which has become a necessary tool for PC enthusiasts and overclockers. At PAX Prime, Intel was showcasing their new SSD Overclocking tool and thanks to Legitreviews, we have more details regarding the configuration and performance of SSD overclocking.

The SSD previewed for overclocking at PAX Prime had the SSDSC2BB480G4 : BTWL3070050Z480QGN part number which corresponds to the high-end enterprise Intel SSD DC S3500 Series 480GB w/ 20nm MLC NAND Flash with some custom modifications by Intel. The drive capacity won’t be restricted to 480 GB as Legitreviews mentions that Intel is possibly preparing a new set of ‘K’ series SSDs which would be available in various capacity. The ‘K’ branding is known commonly for Intel’s Core series processors featuring an unlocked processor offering overclocking support.

There are several options and configurations which are going to be available with the updated Intel XTU allowing users to manually overclock their SSDs for faster speeds. Users would be able to adjust the frequency of the SSD controller in MHz and would also be able to set the power modes of the SSD ranging from ‘limited’, ‘typical’ or ‘unconstrained’. Last of all there would be a option to set the bus frequency of the NAND Flash memory to 83 MHz or 100 MHz. The description of each feature that would be released with the Intel XTU SSD overclocking tool are listed below:

The Intel XTU which would exclusively feature support for SSD overclocking currently comes with two options. One is to adjust NAND frequency from its default 83 MHz to 100 MHz frequency while the other options allows adjusting the controller frequency from the default 400 MHz to 625 MHz.

As you can note, the overall performance and speed have definitely gone up by a good gain but at the end of the day, its upto consumers or should i say the enthusiasts to decide what they care about the most? Intel also asked users at the PAX Prime to take a little survey which asked them if they prefer SSD Life, Data protection or SSD speed. For overclockers, i personally don’t think data matters most and it would become a hobby for overclockers to overclock SSDs as CPU and GPU overclocking. The more options for users, the better but it remains to be seen what kind of price would Intel want for their new SSDs.

PadFone Infinity to updated with the latest Qualcomm Snapdragon 800 processor