HTC 8S Review – A Windows Phone 8 Made for Everyone

Home » HTC 8S Review – A Windows Phone 8 Made for Everyone 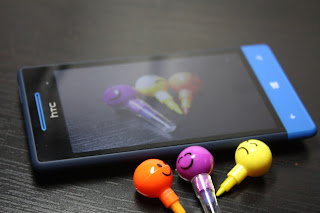 For most product markets, manufacturers for Windows Phone 8 have decided to segment their devices according to consumer needs, varying their smartphones in features and design. Previously, we took a look at the HTC 8X smartphone and the goodness packed within the Windows Phone 8 platform which came with it, as well as the various features that made the 8X THE Windows Phone. Today, we will be exploring the little brother of the 8X, targeted at mainstream and budget conscious consumers, the HTC 8S. 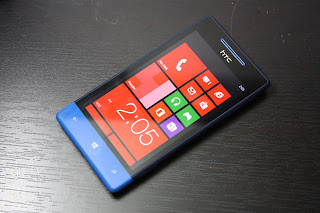 When Microsoft was developing the specifications and guidelines for Windows Phone 8, they had the end users and manufacturers in mind. Every Windows Phone 8 devices are specified to be powered by the same Qualcomm Snapdragon S4 dual core processor, which will work just great and smoothly for the operating system.

There are only a few variables that manufacturers can customize on their device. Firstly, it’s the screen panel, which will to be of either 800 x 480 resolution( of Windows Phone 7’s resolution) or a much higher, 1280 x 720 display resolution.

Secondly, it’s the amount of RAM on the phone, which has to be at least 512MB and above. 512MB of RAM was adequate for any usage of the phone. If you remembered Nokia’s previous flagship phone, the Lumia 900, it was running on 512MB of RAM and the phone was working fluidly without any lags or hiccups. The amount of RAM on the new Windows Phone 8 is almost negligible to affect performance, because of the way the operating system performs memory management efficiently at the low level.

Thirdly, will be the type of camera sensors and lens that will be found on the phone.


Of course, the design of each individual phone is up to the manufacturer as long as they comply with the guidelines provided by Microsoft.

The HTC 8S is meant to be an affordable Windows Phone 8 device. For devices of its class, focus should be placed on the physical design to differentiate itself from other manufacturers’ products. The designers at HTC were inspired by the design of Windows Phone 8 and decided to design the 8S to suit the platform. That is why the HTC 8S is designed with simplicity as its elegance. Windows Phone 8 is designed to make use of 3 core colours. Black as background, White as foreground text and a customizable tile colour to describe your personalities. HTC 8S adopted the same design, giving customers a choice of Domino, Fiesta Red, Atlantic Blue, High-Rise Grey colours to choose from. The hardware touch sensitive buttons icons are then in white, while of course there will be a black display. The design of the HTC 8S is a form of art. The use of touch sensitive buttons as opposed to physical buttons give the whole phone a finished and complete look and feel, making the phone fully touch enabled, adding a classy style of touch beauty to it.

For the 8S, HTC decided to go with an 800 x 480 LCD display to reduce the cost of the phone. However, there are also some good advantages that such display brings. For example, lower resolution also means less Graphics computational horsepower required for games on the phone, which in turn results in a better battery life. That is why the 8S is meant to be targeted at a very different market as compared to the 8X.

When comparing the difference in display density, there may be some differences to the naked eye. A phone with a higher display density will generally have a smoother and crisper picture. Of course, the HTC 8S cannot be compared to Apple’s retina display, but it is up to the standards of an average user. At 233ppi, it is considerably high when compared to larger screens on laptops and tablets. For the users of the phone, they would not be much particular on this issue as these small pixels does not matter much for their usage.

Built into the hardware of the HTC 8S is a Beats Audio hardware audio amplifier. As expected of what an audio amplifier does, the difference between the audio from the earphones with and without beats audio is quite significant.

Firstly, the music coming out from the earphones are much louder, allowing different effects from the audio stream to be heard clearly. Bass was increased, giving a thumping effect on the eardrums. Treble was also brought to notice and clarity was overall improved.

The back camera of the HTC 8S has a F2.8 aperture, similarly to an iPhone 4s. The smaller aperture as compared to the other smartphone means that the phone is capable of focusing on front objects well, while leaving the background blurry to show focus on the main object. However, comparing to a Samsung Galaxy S II previous generation Android smartphone, the camera of the HTC 8S is not as wide, meaning that the image appears bigger even though both cameras are placed at the same distance from the object.

The camera of the 8S is also captures more light as compared to the Galaxy S II under good light conditions. At these circumstances, the pictures coming from the 8S looks much better.

The beautiful back body of the 8S is made with a polycarbonate material. The use of these material is usually only featured on higher end phones such as the HTC 8X and Lumia 920. The material itself is scratch resistance and is extremely durable. Unlike previous generation of materials made for smartphones which are constantly under the pressure of getting scratched, revealing a lower layer of material colour, the polycarbonate is coloured all the way through. This means that even when an extremely sharp device scratches the back body of the HTC 8S, the colour will still be the same as the surface. The perfect combination of a polycarbonate body and gorilla glass has made the HTC 8S to be a master of hardness and durability. The device is unbreakable and is indestructible. 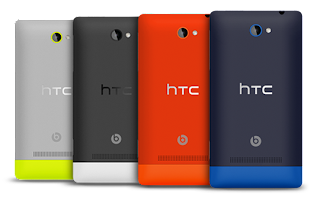 The battery life of the HTC 8S is sufficient for everyday use. With a full charge before the day, a 2 hour browsing of the internet on 3G connectivity while listening to music, together with auto syncing of new emails and messages, will leave me with 15% of battery left.

If you are looking for something of a longer battery life, you could possibly look out for an external power bank to charge your smartphone on the go. If not, built into Windows Phone 8 is a battery saver option which essentially disables live updating of your emails and live tiles, reducing 3G connection activities, saving up a lot of battery for the device. 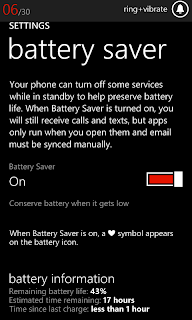 MicroSD Card expansion slots are not usually found on the Windows Phones, at least for the higher end models. Luckily, to make up with the small 4GB (2GB available after OS install) built in storage, the phone can be expanded up to 32GB of additional storage. Reassuring the users of their worries on storage sizes limitations. 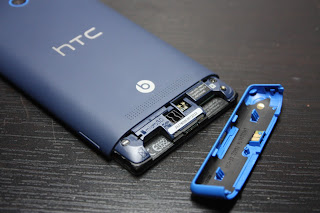 The HTC 8S is a Windows Phone 8 device made for everyone. Carrying all the amazing features from the Windows Phone 8 operating system, this no-frills device will be one of the most popular Windows Phone 8 product on the market due to its simplistic design. Beats Audio enhancement technology enables audiophiles to see the 8S as a great choice when it comes to selecting an affordable everyday device.
The HTC 8S Windows Phone 8 Smartphone is already available in Singapore markets. Locally, only Fiesta Red and Atlantic Blue colours are available. The 8S is priced at SGD418 without any contracts from telcos. (Lumia 820 is at SGD699) 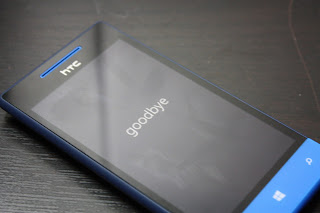