It has really been some time since I last benched. I believe one week? Finally able to forget about some school work that’s waiting for me and solely focus on overclocking and benching for this while.

Will be playing that sandy blitz competition and hopefully can get 1 or 2 points from it.

I started off by reinstalling windows 7 and windows xp on 2 separate SSD, namely the Corsair F60 for the windows 7 64bit and GSkill Phoenix Pro 60GB for the XP.

My plans was to put wprime 1.55, super pi and 3dmark on both OS to try, then switch boards. Initially wanted to test only on the Asus P8p67 Pro and deluxe, but as I saw there’s a BIOS update on the Biostar TP67B+, I shall try to push over 4.9GHz on the board as well.

I have all the hardware resources enough for myself, GTX295 borrowed from one of my friends, rams that’s considerably good and the boards and a good chip as well. 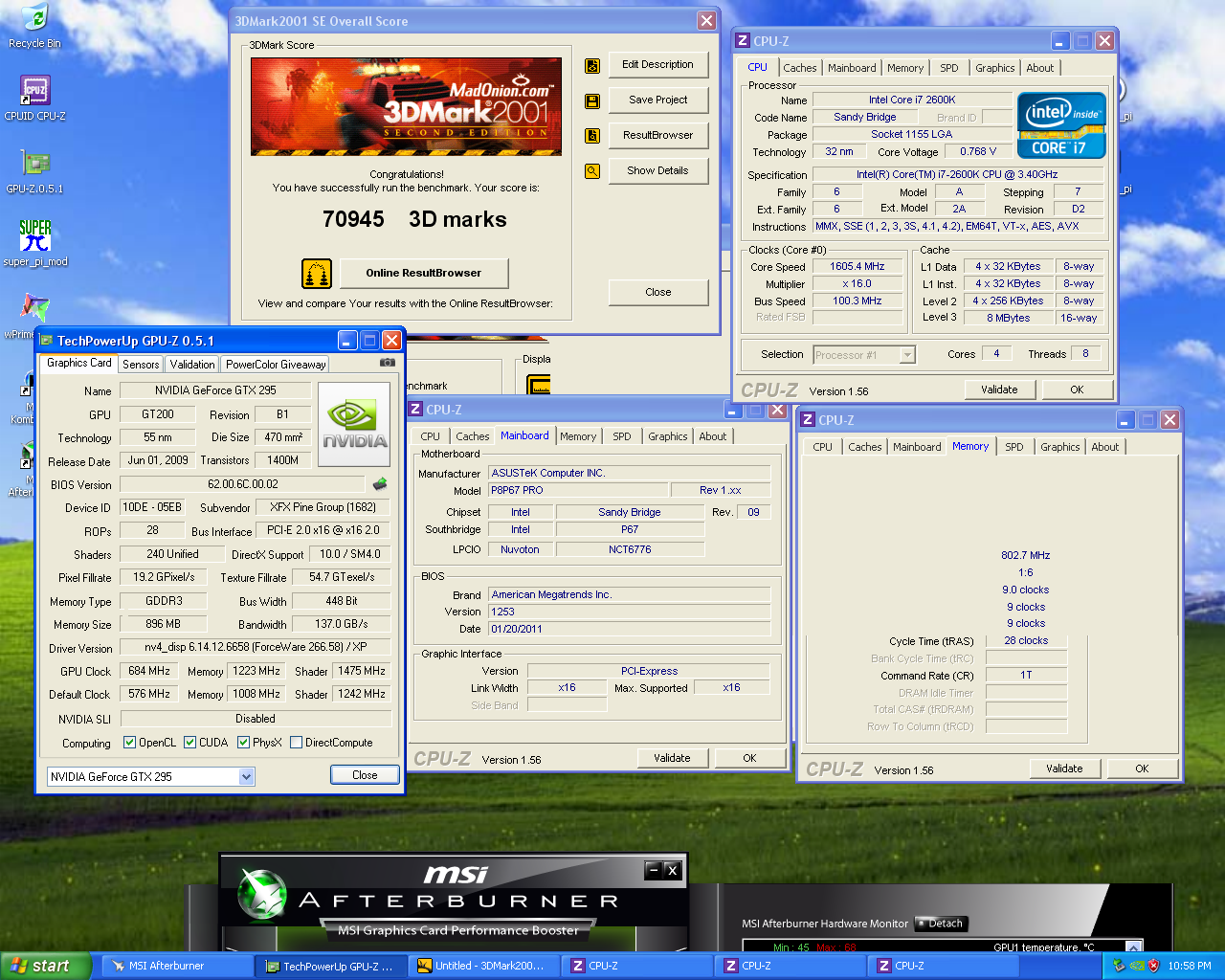 Note that it is as stock run on CPU, GPU is at 684MHz Core, 1223MHz Memory.
Time to push the CPU! Since 3dmark01se not multi threaded, just leave it to 2core 2 thread, much cooler and can push more volts to it. Additionally, it will make whole system more stable at high clock. 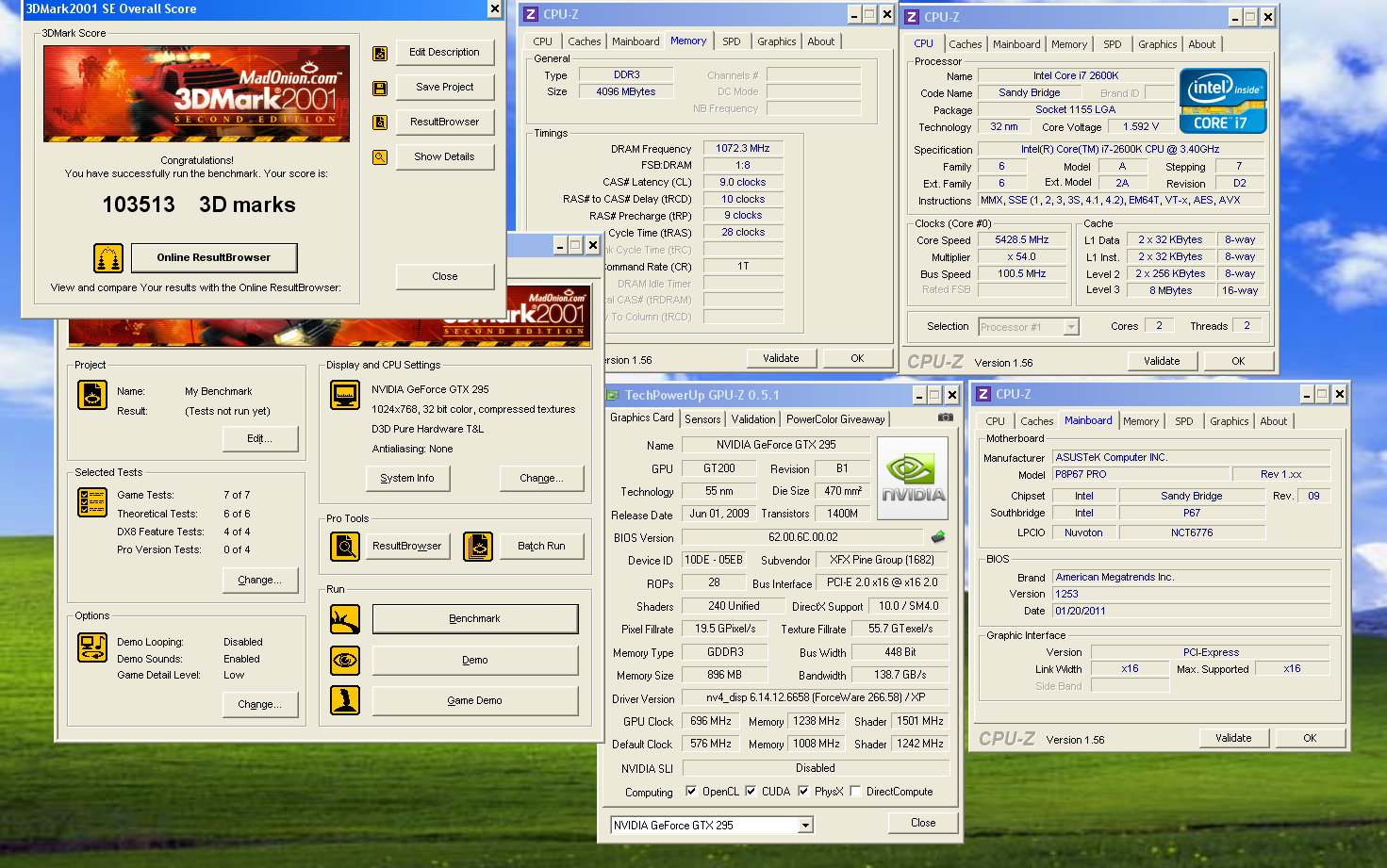 5.4285GHz, reached 100k score, was actually quite happy with it already, but not contented yet.

Try out different configurations, reboot after reboot, and got a little bored already, so play with superPi1M, quick and easy for submission to hwbot. 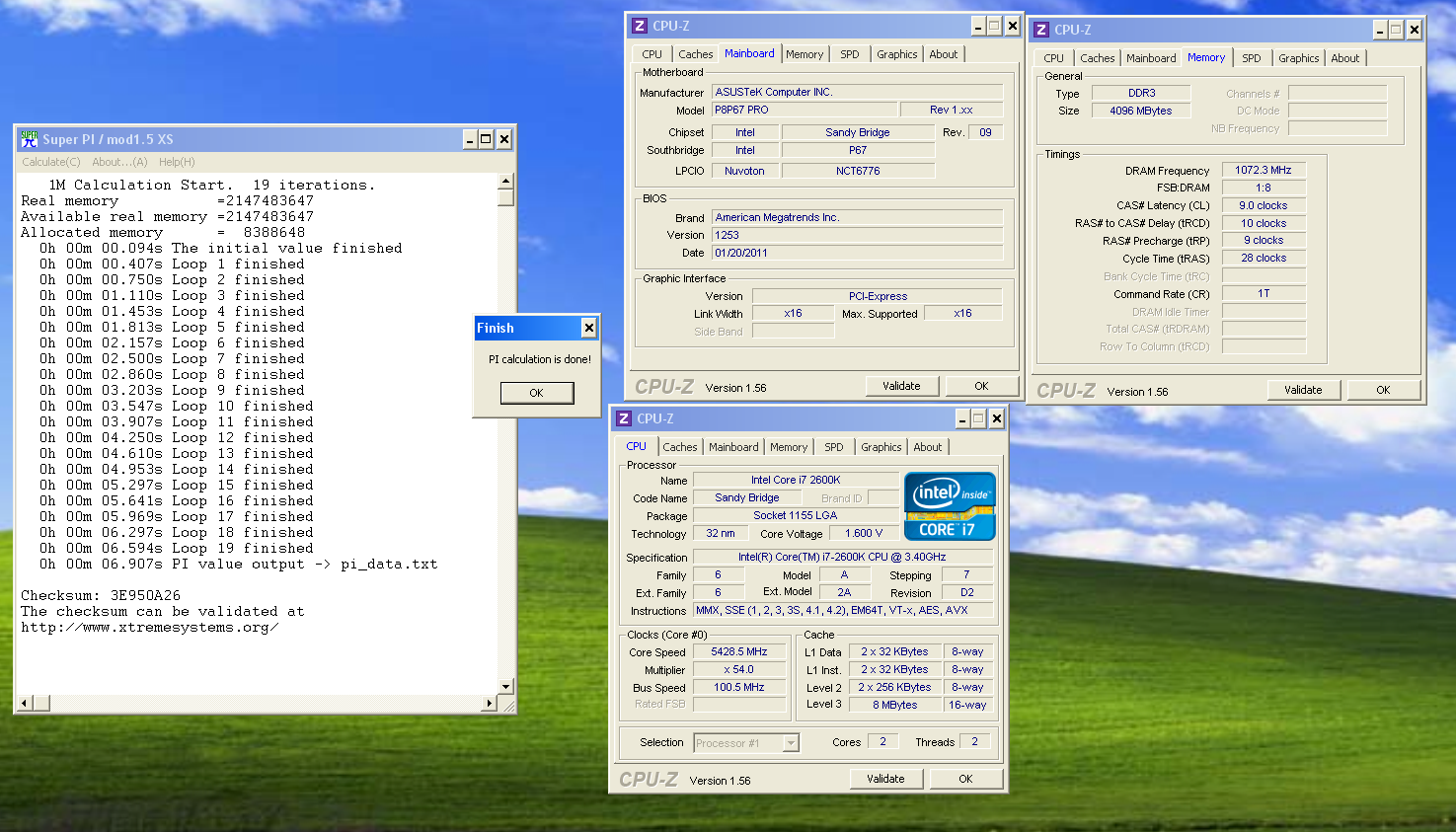 Reached 6.907 seconds, reasonably okay for a newbie like me, got much to learn about memory OC, not don’t really know how to tweak them and really low on budget as well. Bo lui buy good good rams. (Thanks shrek for lending me the rams btw!)

Alright alright, have to get back on track trying to do better with 3dmark01.

Heard that 182.50 drivers are the best? Gave it a shot, spent quite some time finding and download and uninstalling plus installing back the best performing drivers, indeed, great performance! Broke 110000k on 3dmark01se. 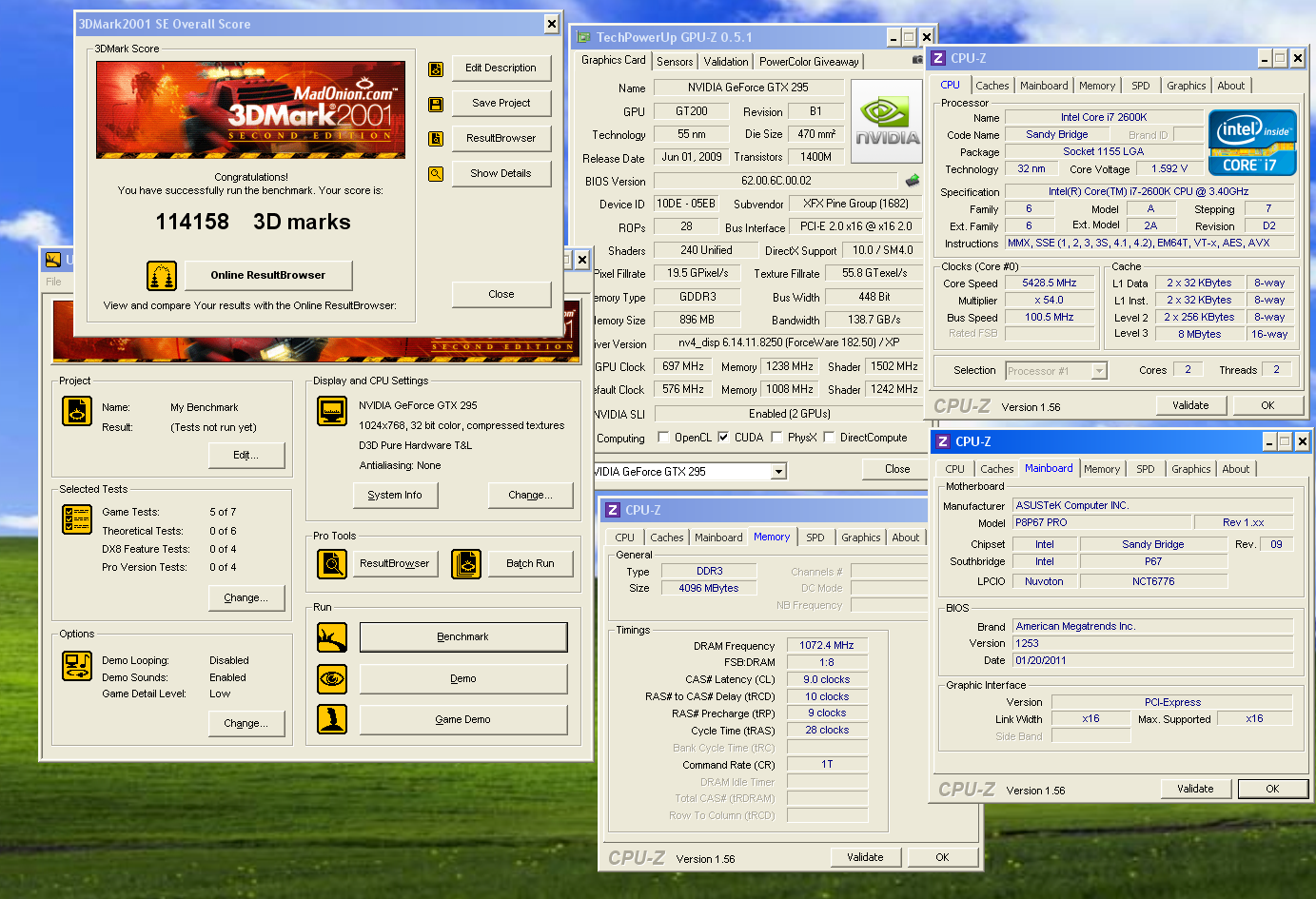 Sadly, trying to reach 5.5GHz seemed impossible. Stuck at loading screen even 1.65V, so bobian, only can increase bclk slowly and that’s the furthest I can go was 5446MHz, 200 more MHz, even have to bring the memory ratio down to support that. But I guess memory doesn’t affect much on 3dmark01se, so it’s okay. Manage to squeeze another 600 3dmarks out. Furthermore, increase core clock a bit. 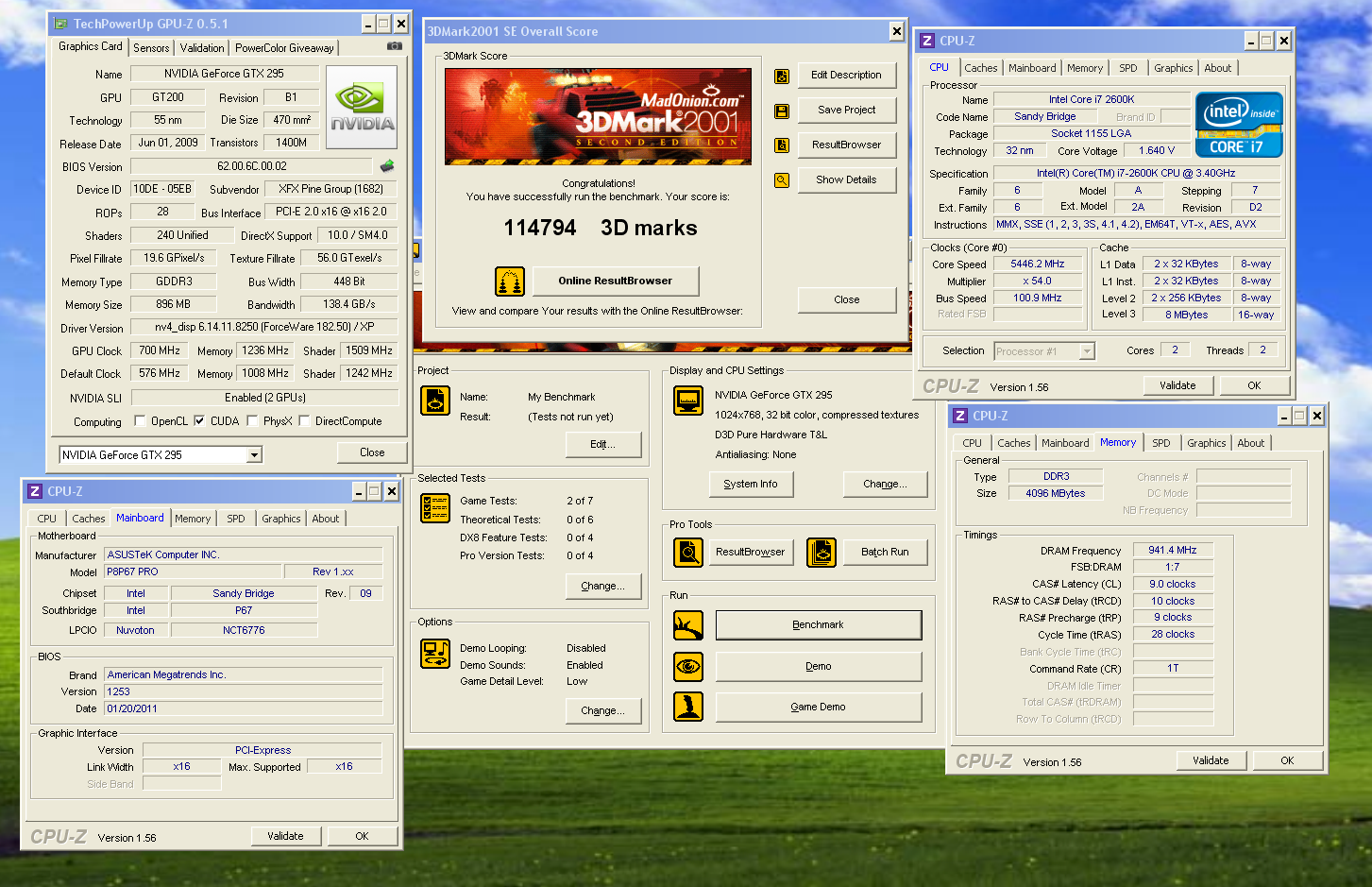 Anything above those gpu clocks will give me a freezed screen during the tests. Already quite contented, with the first time having the experience of really tweaking hardware to see the real performance increase.

The score landed me in ranking 11 for stage 1 at the last 3 days for sandy blitz competition. 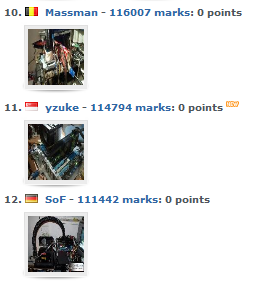 Already very tired, had a whole day in school from 8am to 8pm O.O, but in the end, switch back to windows 7 to play with bclk.

In the end, my hard work did pay off, with an additional 0.67MHz out from Bclk. The funny thing is, it’s actually 0.01MHz more than longsiew’s which made me loled a bit. 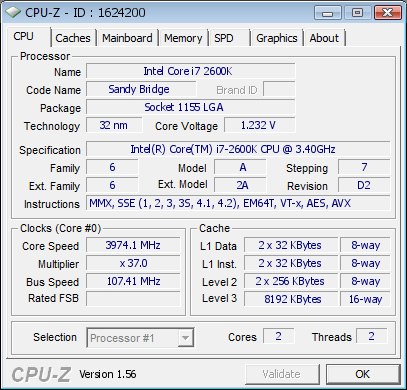 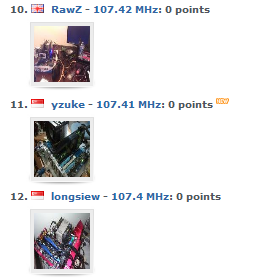 I realize I’m quite cmi with superpi32m as well as wprime. Have no idea why but wprime seems like a higher clock for wprime gave me a timing longer than a lower clock? Perhaps it was unstable, but voltage a lot already worh. Any ideas on how to play for wprime as well as superpi32m? superpi32m for me will never even finish the calculations. LOL.
Anyway, really tired already . 3.30am, time to sleep! When free again will put the deluxe to test. Tomorrow wake up need chiong school assignment, object oriented programming for java. Wish me good luck ace all the exams!