As competition heats up in the consumer CPU space, we are seeing both AMD and Intel introduce high performance processors to meet the demands of consumers. Currently, AMD has got its flagship 16-core Ryzen 9 5950X processor as the contender for the fastest CPU in the consumer market. The latest Intel Core i9 12900K processor with 8 Performance cores and 8 Efficient cores also trade blows with competition in order to take the lead as the fastest consumer CPU.

If you were to purchase either of the CPUs, you will realise that they do not come bundled with any CPU coolers. Understandably, if you had the budget to purchase the top of the line processors, you probably wouldn’t want to scrimp on the CPU cooler.

One of the most obvious choice for CPU cooling is the adoption of an AIO Water Cooling setup. Today, we have Cooler Master’s MasterLiquid ML240 Illusion AIO CPU Water Cooler in our labs for test. In this review, we will take a look at the key features of this 240mm CPU Water Cooling setup, and put it to the test to see if it can successfully tame our setup effectively. 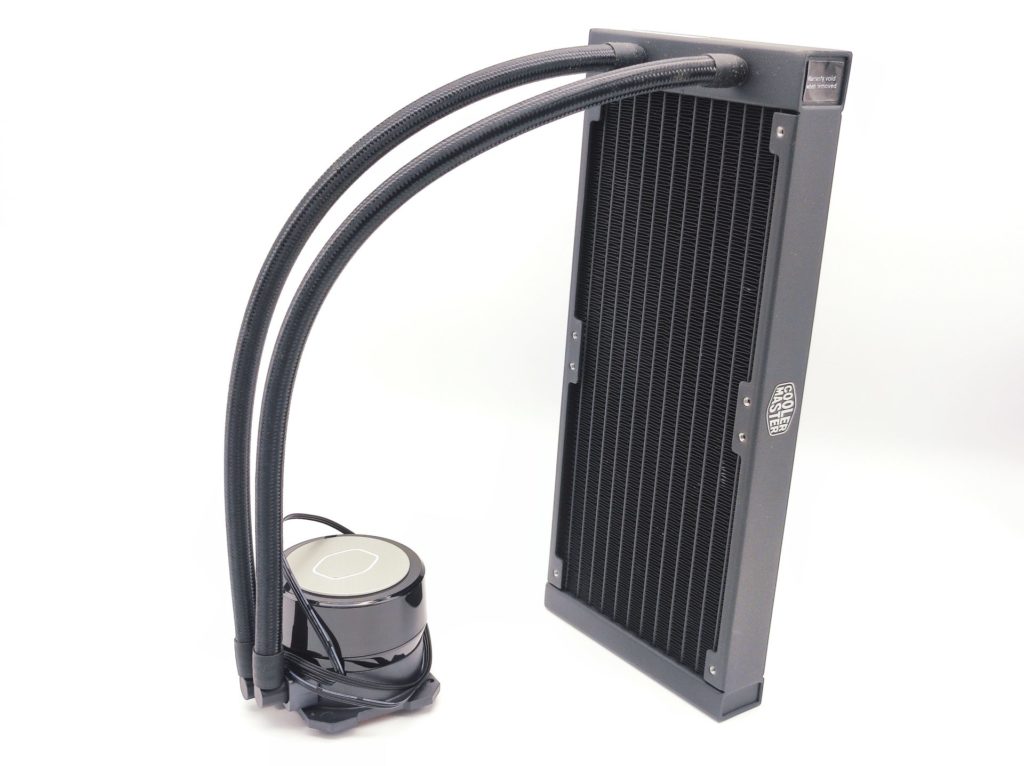 The MasterLiquid ML240 Illusion comes in with a fairly simple setup. It features a 240mm radiator and a pump that’s built into the CPU block. The CPU block can easily be adapted to the various CPU sockets with the included mounting brackets and base plates. 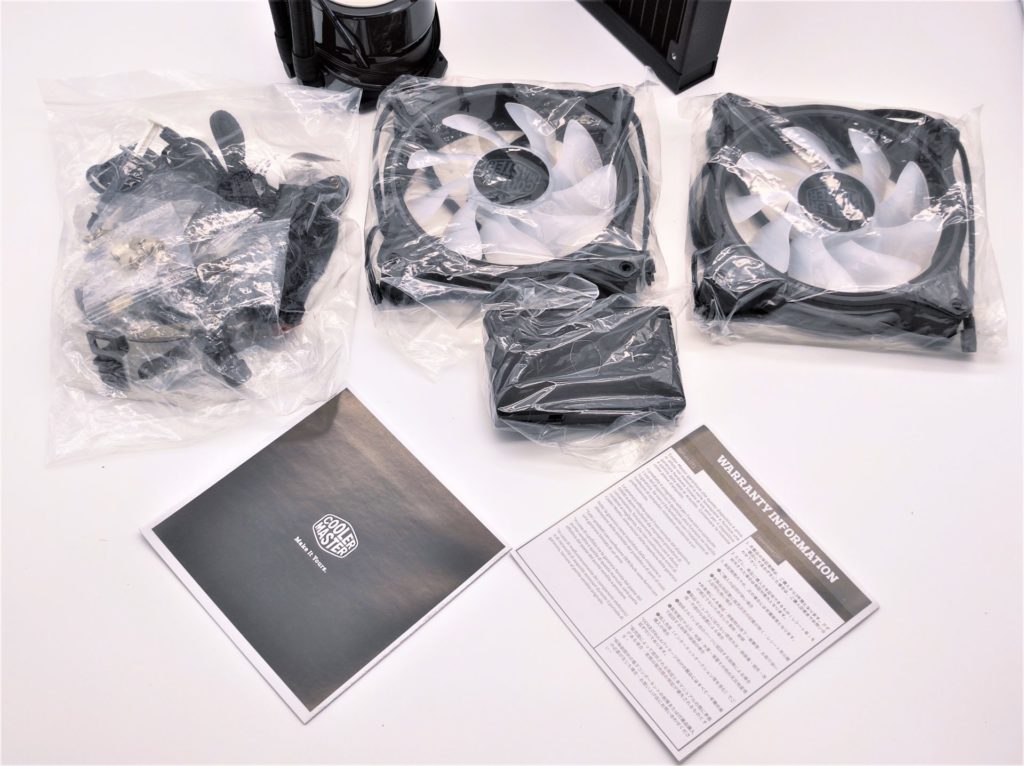 Together in the box, we’ve also got 2 x Cooler Master MasterFan MF120 Halo 120mm ARGB fans. The package also includes a dedicated ARGB controller which has the ability control the lighting effects on the CPU pump and the fans. All the required cables and accessories are also included in a single zip-lock bag.

The connection to the ARGB controller was also quite straightforward. This ARGB controller can assist to synchronize the RGB lighting effects over 3 peripherals (specifically the two fans and the CPU block). It is connected to the PC via a MicroUSB cable that can be directly plugged into the motherboard’s USB 2.0 onboard header. The controller can also be powered by a SATA power connector.

With the MasterPlus software downloaded from the Cooler Master website, you can then easily control the lighting effects on the RGB lighted peripherals that connect to the RGB controller.

In case you were wondering why the product is branded with “Illusion”, that is because the lighting effects on this 240mm AIO cooler looks like an illusion. With the various RGB lighting effects, you can customize your desktop PC case to a style of your own. We’ve got to say that we were quite mesmerized by the RGB effects on the product, as it could certainly bring quite a bit colours to a rather plain desktop PC. You can also see some of the RGB lighting effects that can be customized from the MasterPlus software in the video below. 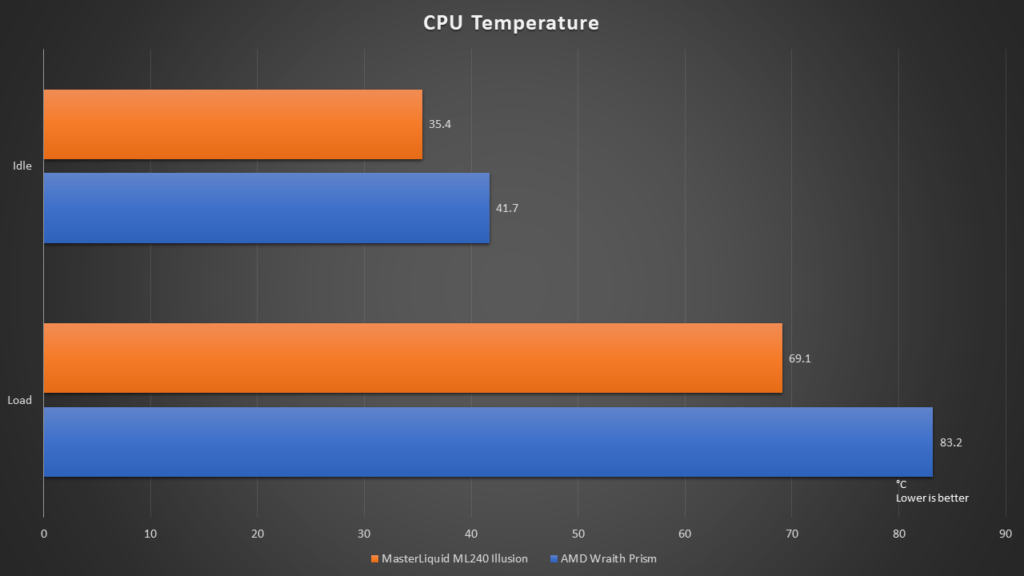 With the upgrade to the MasterLiquid ML240 Illusion, it was obvious that the CPU was able to perform at a much cooler temperature than before. For AMD CPUs, with a better equipped cooling setup, the processor will be able to reach higher sustained frequencies under load. 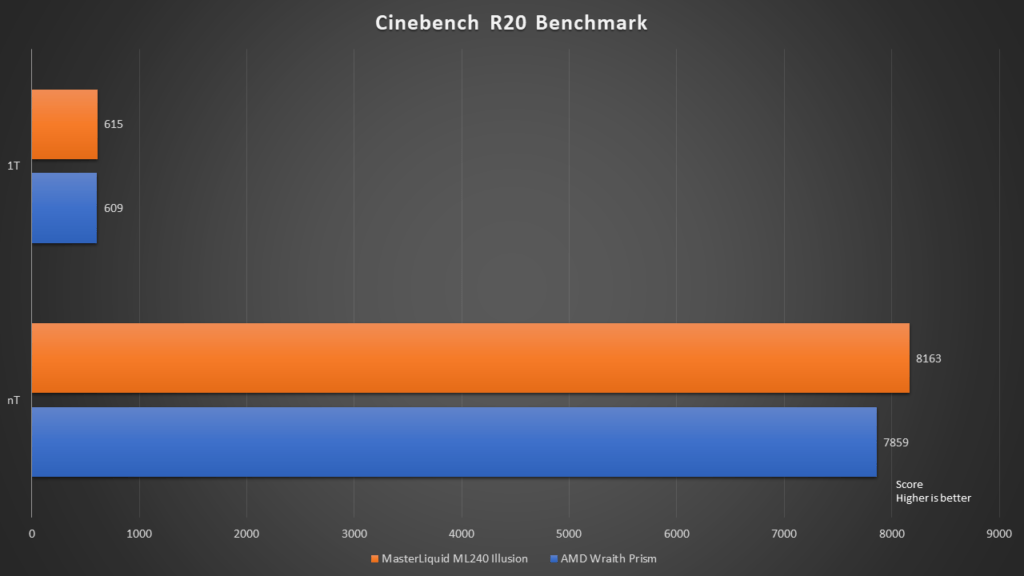 In the Cinebench R20 test, the setup with the MasterLiquid ML240 Illusion saw instant performance improvements. Even though there weren’t any changes made manually to the system, the CPU was able to adapt to the CPU cooler and produce even better performance than before. We can see that the MasterLiquid ML240 Illusion is certainly a more suitable cooling solution than the stock Wraith Prism air cooler.

Of course, our tests do not end here. Since that we’ve got such a good AIO Cooling solution, we were obligated to push the system further by overclocking the CPU to get even more performance. 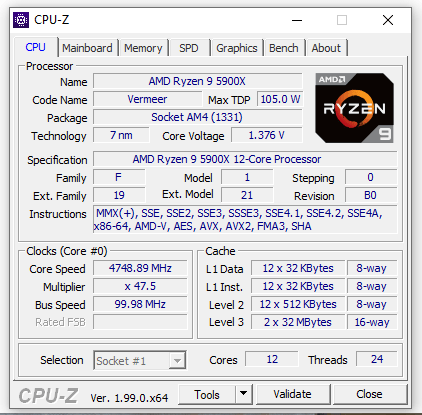 With MasterLiquid ML240 Illusion, we were able to push the Ryzen 9 5900X to 4.75GHz. This has resulted in almost a 13% improvement in our multi-threaded Cinebench R20 test. 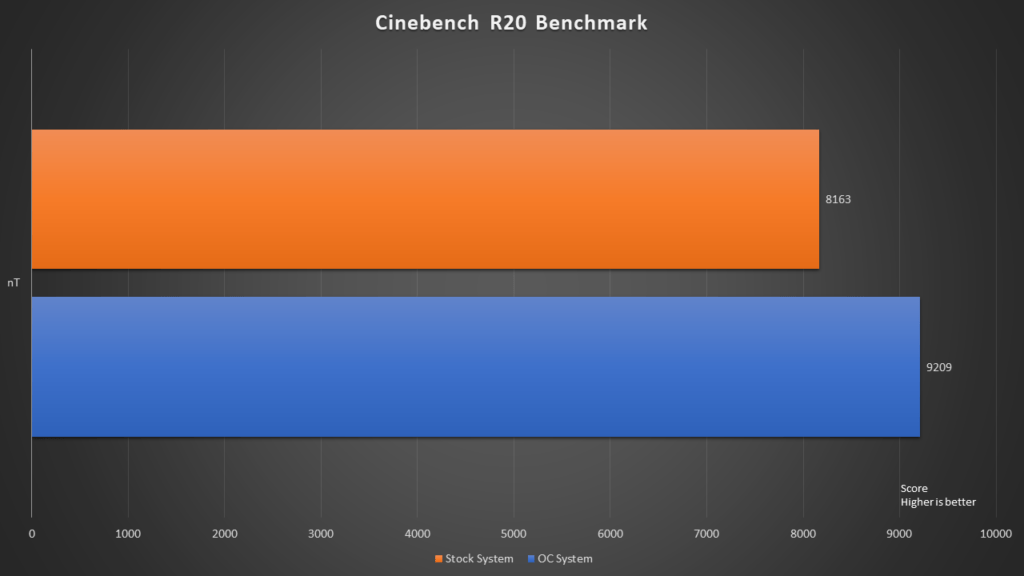 The MasterLiquid ML240 Illusion has got both the looks and performance. Certainly, it was able to properly handle the heat dissipation requirements of high-end processors, and even allowed this class of processors to operate beyond what they are rated for to achieve high performance for consumers. Moreover, its unique ARGB lighting effects across both the fans and CPU block can certainly make your new desktop computer an eye candy to many.

If you are looking for a good-looking and high performance 240mm AIO CPU Water Cooling solution, the MasterLiquid ML240 Illusion has certainly got our recommendation.