With a performance boost of up to 45% at 4K, GeForce gamers can enjoy Red Dead Redemption 2’s captivating gameplay at faster frame rates, or choose to use the extra performance to crank up visual effects. 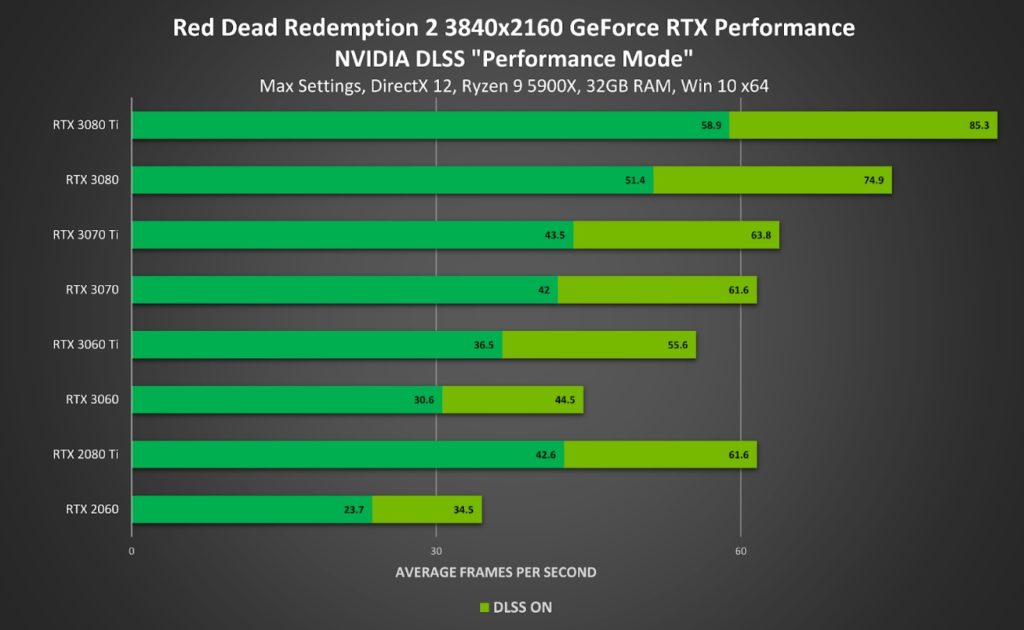 With the aid of NVIDIA DLSS, all GeForce RTX gamers can experience Red Dead Redemption 2’s incredible world with max settings at 1920×1080 at over 60 FPS. At 2560×1440, GeForce RTX 3060 Ti and above users get over 60 FPS. And at 3840×2160, gamers with a GeForce RTX 3070 or a faster GPU can enjoy 60 FPS+ max setting gameplay, Rockstar’s Red Dead Redemption 2 is one of the highest-rated games of all time, with over 275 perfect scores and over 175 Game of the Year Awards. Its PC release is also one of the platform’s best-looking titles, with an amazingly rendered and realistic open world that tests the mettle of any GPU when effects and rendering resolutions are ramped up.

Unity 2021.2 is Out in Beta with NVIDIA DLSS Support

In case you missed it, Unity recently released the Unity 2021.2 beta version of their popular game engine. One of the many new features is the addition of native support for NVIDIA DLSS to Unity’s High Definition Render Pipeline (HDRP). With native support for DLSS, it just got a lot easier for Unity developers to add DLSS to their titles.

DLSS boosts frame rates and generates beautiful, sharp images for your games. It gives gamers the performance headroom to maximise quality settings and increase output resolution. Only DLSS offers big performance gains while keeping image quality comparable to native across all resolutions, even at 1080p.

NVIDIA DLSS is supported across a wide range of games – nearly 60 in total – including top games that gamers are playing such as Call of Duty, Cyberpunk 2077, Fortnite, Minecraft, Red Dead Redemption 2, DOOM Eternal, Rainbow Six Siege and more. And it’s supported in Unreal Engine 4, 5 and Unity, 15+ first party game engines, and over a dozen creative applications and studio production tools.