There are a total of four cases that make up the series: the currently available MasterBox MB510L (carbon), MB511 (mesh), MB520 (DarkMirror), and the newly-released MB530P (tempered glass). The series satisfies a variety of build directions, with choices available for different styles. Defined by the aggressive intakes that unite the lineup, the newest addition will cater to more premium builds centered on showmanship. 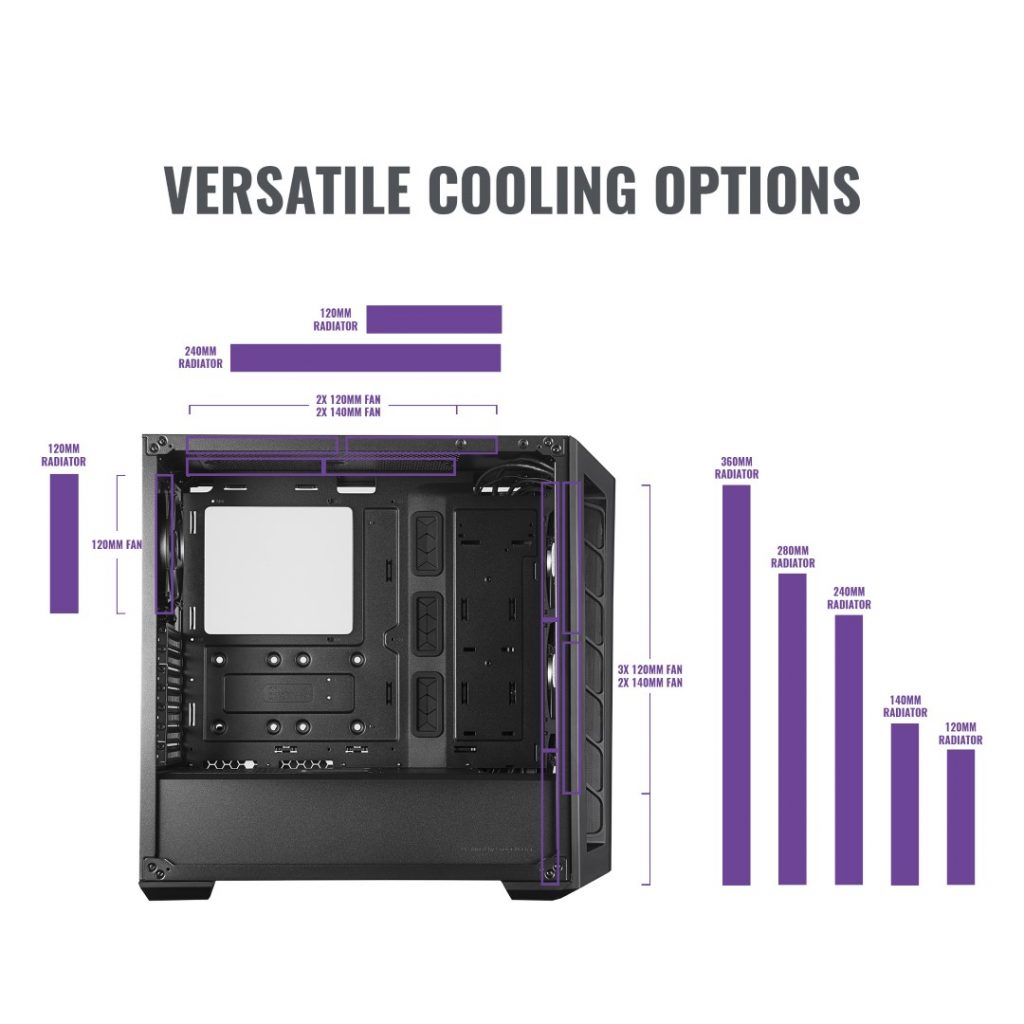 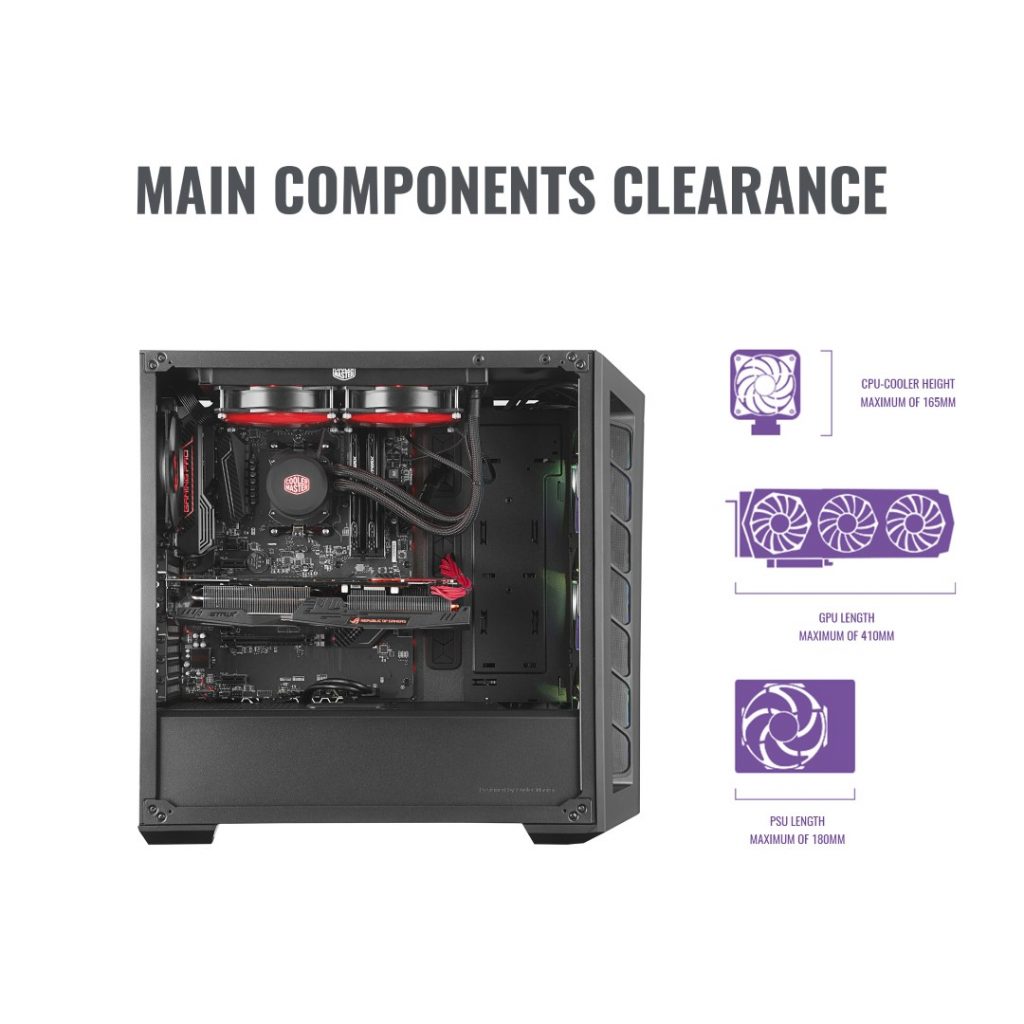 Addressable RGB fans come pre-installed in the MasterBox MB530P to be shown through the tempered glass front panel with clarity. The ARGB system includes three ARGB fans, an ARGB power button, and an ARGB controller built into the I/O panel. The lighting system is paired with the aggressive ventilation on the front panel, which intakes air to feed through to the interior; additional ventilation can be found on the top panel for added thermal support. The SSD mounts, found behind the motherboard, are friction mounts. Without tools, four pegs are installed on the SSD and simply placed into the rubber holes, this will secure the SSD to keep it from moving even if the case is transported. If it is preferred to store SSDs hidden in the PSU shroud, the storage tray can accommodate an SSD and HDD simultaneously for additional storage options. Premium materials fused with racing aesthetics ensures builds will look their best inside the MasterBox MB530P.

The MasterBox MB530P is now available in Singapore, priced at SGD 169.