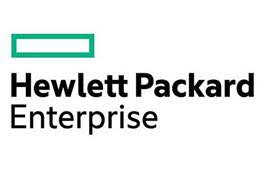 SINGAPORE – August
30, 2017 – Today, Hewlett Packard Enterprise (HPE) at VMworld announced the industry’s first composable platform for VMware Cloud Foundation, based on HPE Synergy. This solution will enable IT
organizations to simplify their transformation to a hybrid IT infrastructure,
deploy infrastructure as a service (IaaS) and private clouds in minutes and
lower virtual machine (VM) costs compared to public clouds and traditional
server racks.
Today, IT is under pressure to respond to line
of business and developer initiatives with cloud speed, optimize their right
mix of IT, including on-premises, hosted and public cloud, all while lowering
capital and operational expenditures (CapEx and OpEx). The combination of HPE
Synergy with VMware Cloud Foundation will enable customers to:
·         Operate a single platform to run traditional bare metal,
virtualized SAN-based environments and new vSAN-based workloads – HPE Synergy is the only platform available today that provides
a single infrastructure for IT to dynamically compose their right mix of
virtual, traditional and VMware Cloud Foundation, increasing business agility
and resource utilization.
·         Become an internal service provider of IaaS and private clouds – Using HPE Synergy Image Streamer, IT can deploy
infrastructure and VMware Cloud Foundation software in minutes with a few
simple clicks, to respond quickly to line of business and accelerate customers’
DevOps initiatives. By comparison, competitive solutions available today
require multiple tools and steps.
·         Perform at cloud speed – HPE Synergy
offers the industry’s fastest platform for VMware environments. HPE Synergy
recently set the world record VMmark 2.x
Performance Benchmark, performing 41
percent faster than the previous top scoring server.
·         Reduce CapEx and OpEx while increasing productivity – HPE Synergy is the industry’s first platform based on
composable infrastructure, delivering VMs at a 29 percent lower cost
compared to traditional architectures and up to 50 percent less than public
clouds.1 In addition, customers can increase IT administrator
productivity by up to three times, as customers are seeing triple the number of
IT devices managed by a single administrator.
“In today’s
competitive digital world, enterprises need technology that enables them to
quickly introduce and scale new services,” said Ric Lewis, senior vice
president and general manager, Software-Defined and Cloud Group, HPE. “HPE
Synergy with VMware Cloud Foundation will deliver a private cloud experience
that empowers IT to be an internal service provider and enables rapid response
to business needs with single-click DevOps delivery.”
HPE Synergy with
VMware Cloud Foundation extends HPE and VMware joint offerings, including
vSphere and vRealize. These solutions are all built on a common architecture
and integration with HPE OneView, HPE’s
infrastructure automation software, allowing IT admins to discover, manage and
optimize their virtualization environments.
“HPE Synergy powered
by Cloud Foundation will provide a powerful solution to consolidate
traditional, private and cloud native workloads onto a single integrated
infrastructure platform that is simple to deploy and operate,” said John
Gilmartin, vice president and general manager, Integrated Systems Business
Unit, VMware. “Customers will benefit from a highly dynamic, programmable
infrastructure foundation that eliminates the operational overhead of
traditional deployments thanks to new built-in lifecycle automation
capabilities. We are excited about the value that HPE Synergy powered by Cloud
Foundation will unlock to our mutual customers.”
HPE Synergy with VMware
Cloud Foundation can be combined with HPE Flexible Capacity, an infrastructure
service offering on-demand capacity and a pay-as-you-go consumption model. HPE
Flexible Capacity gives customers the ability to scale-up and scale-down
capacity as need and allows customers to pay only pay for what they consume,
providing cloud speed and economics on-premises, at or below the cost of public
clouds.

Quickly deploy VMware
private clouds on HPE hyperconverged infrastructure
In addition to HPE
Synergy with VMware Cloud Foundation, HPE announced Private Cloud Express with
VMware vRealize, a new pre-integrated solution that includes VMware vRealize on
HPE SimpliVity 380.Private Cloud Express is ideal for remote and branch
offices, offering best in class data services to simplify management and reduce
costs, in addition to providing application assessment services to determine
the best process for migrating applications. For more information visit
the HPE Converged Data Center
Infrastructure blog.
Availability
VMware Cloud
Foundation on HPE Synergy is expected to be certified and available from HPE
and channel and distribution partners in late 2017. vSphere and vSAN are
certified and available with HPE Synergy today. Private Cloud Express with
VMware vRealize is targeted for availability in September.
About Hewlett Packard
Enterprise
Hewlett Packard
Enterprise is an industry leading technology company that enables customers to
go further, faster. With the industry’s most comprehensive portfolio, spanning
the cloud to the data center to workplace applications, our technology and
services help customers around the world make IT more efficient, more
productive and more secure.
1The CloudGenera workload placement engine was
utilized to determine the optimum provider configurations and unit pricing for
public provider comparison as of April 17, 2017.
Forward-Looking Statement
The information included in this press release contains forward-looking
statements that involve risks, uncertainties and assumptions. If the risks or
uncertainties ever materialize or the assumptions prove incorrect, the results
of Hewlett Packard Enterprise may differ materially from those expressed or implied
by such forward-looking statements and assumptions. All statements other than
statements of historical fact are statements that could be deemed
forward-looking statements. Risks, uncertainties and assumptions include the
need to address the many challenges facing Hewlett Packard Enterprise’s
businesses; the competitive pressures faced by Hewlett Packard Enterprise’s
businesses; risks associated with executing Hewlett Packard Enterprise’s
strategy; the development and transition of new products and services and the
enhancement of existing products and services to meet customer needs and
respond to emerging technological trends; the execution and performance of
contracts by Hewlett Packard Enterprise and its suppliers, customers and
partners; integration and other risks associated with business combination and
investment transactions; and other risks that are described in Hewlett Packard
Enterprise’s filings with the Securities and Exchange Commission. Hewlett
Packard Enterprise assumes no obligation and does not intend to update these
forward-looking statements.
This
message is intended only for the person or entity to which it is addressed and
may contain information that is privileged, confidential or otherwise protected
from disclosure. Dissemination, distribution or copying of this message or the
information herein by anyone other than the intended recipient, or an employee
or agent responsible for delivering the message to the intended recipient, is
prohibited. If you have received this message by mistake, please destroy it
immediately and notify the sender.