The Neffos X1 is a no-frills Android Smartphone for all

Neffos is a new entrant to the competitive smartphone market in Singapore. You may not have heard of the brand, but many could be familiar with the product’s creator. TP-Link, a global provider of networking devices, created the Neffos brand in 2015. Recently, they have brought a new lineup of their Neffos X Series of smartphone into the local market.

“Neffos” refers to “Cloud” in Greek. To TP-Link, these new smartphone devices opens up a gateway to a suite of cloud enabled applications and services. This is also how TP-Link positions themselves in the market. The Neffos smartphones are made highly affordable with all the requirements to connect someone to the cloud.

Today, we are going to take a look at the new TP-Link Neffos X1 smartphone, to find out what this new product has to offer 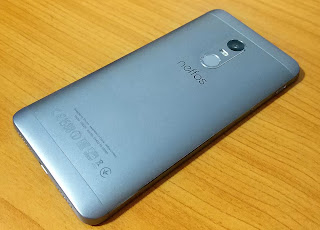 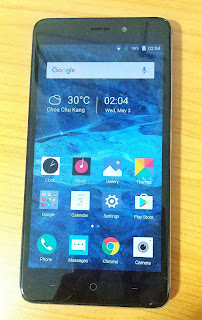 The Neffos X1 is created for the mass consumer market. Therefore, there are no gimmicks in play for the design of the whole smartphone. Every single design feature of the smartphone serves a functional purpose. This results in a smartphone that holds on to a minimalist vibe, as literal as “what you see is what you get”.

In terms of aesthetics, the Neffos X1 exudes class and beaut with a sexy metallic back. This back is available in both Gray and Gold, which can essentially bring out the personality of the owner. Moreover, the Neffos X1 also weighs extremely light at only 135g. The display bezels are also considerably thin, allowing it to differentiate itself from other smartphones in the entry level / mainstream smartphone market.

The Neffos X1 is equipped with the MediaTek Helios P10 mobile chipset. This chipset is also used in many other mainstream smartphones in the market, and is known to provided extended battery life due to its extremely power efficient design. This model is available in both 2GB RAM/16GB ROM and 3GB RAM/32GB ROM variants. Furthermore, it is also a dual-SIM/dual-4G enabled device. This essentially means that consumers will not need to switch SIM cards between the SIM card slots to get the required 4G signals. The SIM Card slot’s hybrid design also enables an additional MicroSD card for storage expansion.

Moving on the camera specifications, the Neffos X1 has a 13MP rear camera with PDAF(Phase Detection Auto Focus). In layman terms, it simply means that the camera will be able to auto focus quickly on selected objects. It also has a 5MP front camera for selfies and portraits. 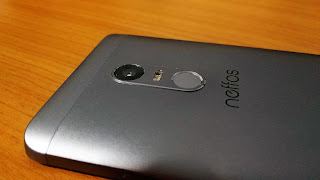 Below the rear camera unit is the fingerprint sensor. This is a feature that is usually available on high end smartphones. With the integration of a fingerprint biometric sensor on the smartphone, the Neffos X1 can be a much more secured smartphone with multi-authentication methods in place. TP-Link could also devise dedicated applications for their cloud services that make use of the fingerprint sensor on the smartphone for authentication. This could be their first step into a secured cloud environment.

The Neffos X1 has a rather small 2250mAh battery. However, before we jump to any conclusion on the smartphone’s battery life due to a small battery capacity, we will run some tests to find out if the power efficient Helios P10 chipset can allow the Neffos X1 to run for a full day on a single charge. Perhaps, its 1280 x 720 resolution display, as opposed to a FullHD display, could contribute to a longer battery life as well? 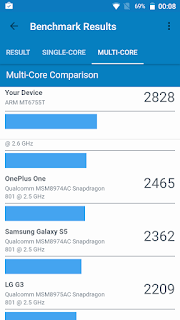 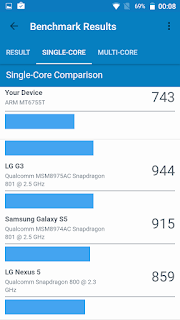 The Neffos X1 is able to handle all the different applications on its Android Operating System. It performs very responsively, and is able to even run some light games smoothly. Based on the Geekbench 4 benchmarks, this devices is said to perform even better than flagship devices from the past in multi-threaded tests, such as the Galaxy S5 and LG G3, or even the OnePlus One. However, it lacks behind slightly in the single threaded test.

Based on the day photographs captured by the Neffos X1 and Mi5s, we can see that both images look rather good. The Neffos X1 appears to be slightly brighter than the Mi5s, and the colours seems more accurately presented. However, the Mi5s was able to capture more details. This is very apparent when you look at the images of the trees on the top left side of the photo.

The Mi5s is known to perform well in low light photography with its Sony IMX378 sensor. This Neffos X1 did not fail to perform, as its night shots are comparatively rather clear as well. In fact, we would say that the Neffos X1’s camera performed above average in such scenarios. 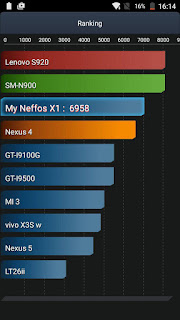 Based on the AnTuTu Battery Tester, the Neffos X1 had a score of 6958. This is considerably high for a device with only a 2250mAh battery capacity. On a full charge and usual usage on social media, communications and web surfing, we managed to get about 12 hours on the phone before the battery was depleted.

We did not expect much for a smartphone with a price tag of $249 to begin with. However, the Neffos X1 has proved to outdo what consumers’ preconceptions may have on it. Premium features such as a fingerprint sensor and Dual 4G SIM Card support brings real value to this affordable smartphone. In fact, with the shutdown of 2G signals in Singapore, the Neffos X1 would be a great choice for anyone who will be transitioning to a new smartphone. Added with adequate performance and a good camera, the Neffos X1 is a real no-frills smartphone that will be suitable for anyone looking for a smartphone for day to day usage.