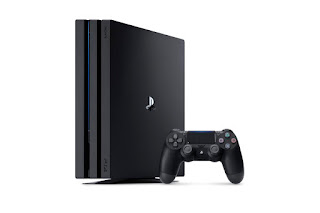 With the launch of the PS4 Pro, it is our most powerful gaming console
ever. Offering enhanced performance via boosted CPU and GPU, with resolution up
to 4K, HDR imaging technology, and faster, more stable frame rates, the PS4 Pro
is the ultimate way to enjoy your favorite videogames.
The
following 40+ titles are optimized for the new hardware. Some games have
updates to add Pro support, while more recent titles like Call of Duty:
Infinite Warfare have Pro enhancements built into the base game.
In
addition to the titles listed above, more than 10 games are planned to be
optimized for the PS4 Pro.
Adding
on, all Sony Interactive Entertainment Worldwide Studios’ software launched in
2017 and beyond, including Gravity Rush 2, Horizon Zero Dawn, Days Gone
and Gran Turismo Sport, will enjoy the benefits of the world’s most powerful
console.