SINGAPORE FAN GOES ON UNFORGETTABLE TRIP OF A LIFETIME
TO XBOX FANFEST 2016
Epic three-day trip to Sydney, Australia featured exclusive opportunities for fans to participate in the Forza Horizon 3 launch, join in Gears of War fan party, and meet with executives from Xbox,
The Coalition and Playground Games 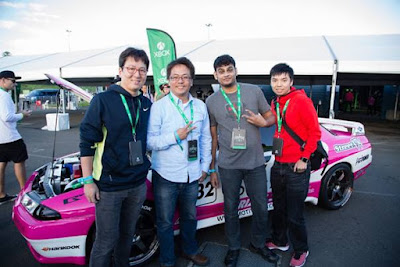 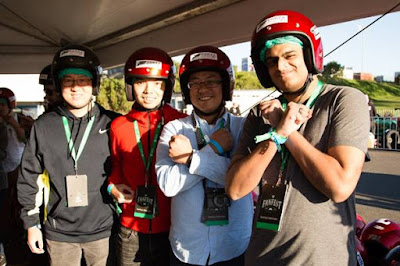 Four lucky Xbox fans from Hong Kong, Korea, Singapore and Taiwan at Xbox FanFest 2016 in Sydney Australia
Singapore, October 10, 2016 – Four lucky Xbox fans from Hong Kong, Korea, Singapore and Taiwan were treated to a trip of a lifetime to Xbox FanFest 2016, held in Sydney, Australia for the first time. The three-day trip, which took place from 27 to 29 September, was a gamer’s dream come true, where fans got exclusive opportunities to drift for real at the Forza Horizon 3 launch celebration at Sydney Dragway, participate in the Gears of War fan party at Bondi Icebergs, and meet with key executives from Xbox, as well as developers from The Coalition and Playground Games.
Besides living the gamers’ dream, the fans from Asia also spent a full day taking in the beautiful sights and sounds of Sydney, Australia, and conquering the iconic Sydney Bridge Climb to summit at 134m above sea level, right in the heart of Sydney Harbour. 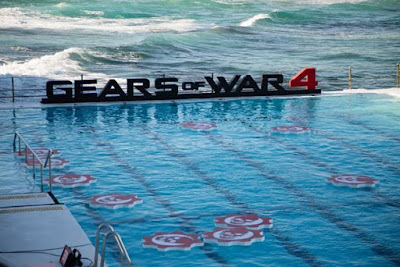 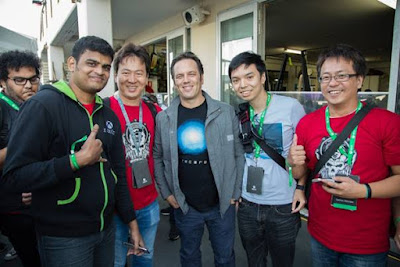 (Top) Fans at the Gears of War 4 fan party at Bondi Icebergs.
(Bottom) Fans meeting Phil Spencer, Head of Xbox at Microsoft, for the first time
“The experience at the Xbox FanFest 2016 was absolutely mind-blowing – like a dream come true! Drifting in a real-life racing car at the Forza Horizon 3 launch event was the highlight of the trip for me. It was really exciting for me to be in a real racing car going at top speed, plus I was super excited to meet the guys behind the game. TheGears of War fan party was also really wonderful and the guys from The Coalition and Xbox were hugely welcoming. Big thanks to the team at Xbox for picking me this trip, it not only exceeded my wildest expectations, but also left me with many unforgettable memories that I will remember for a lifetime!” said Syed Hasanal Mubarak Maricar, Xbox fan from Singapore. 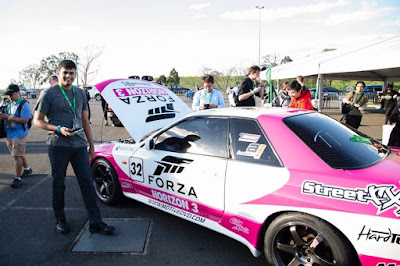 Syed Hasanal Mubarak Maricar, Xbox fan from Singapore at the Forza Horizon 3 launch at Xbox FanFest 2016.
“We are absolutely thrilled to have fans from Singapore, Hong Kong, Korea and Taiwan join us for an epic week of celebrations at the first-ever Xbox FanFest in Sydney, Australia! Set against the iconic backdrop of Australia, where Forza Horizon 3 is based on, we are delighted that this year’s FanFest enabled us to push the boundaries and bring the entire fan experience to life. The fans have been amazing all week, bringing their boundless energy to every event that they go to. I’m glad to see them enjoying themselves and look forward to bringing more such experiences to our fans in Asia,” said Zeph Stuart, Head of Xbox and Windows Gaming, Consumer Channels Group Asia, Microsoft.
For more information, visit http://news.xbox.com/.