Microsoft HoloLens Has Finally Launched. Here’s How to Get It in Singapore

Home » Microsoft HoloLens Has Finally Launched. Here’s How to Get It in Singapore 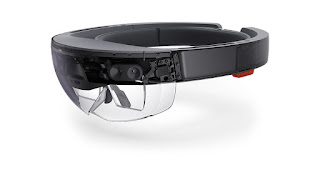 New York, New York (31 August 2016) – The age of virtual reality is officially here and it is a race towards perfection. Consumers are now engaging with gameplay and simulations in ways once only thought possible in science fiction. Ushered in by the groundbreaking development of the Oculus Rift, the market now boasts a number of headsets including the HTC Vive, Sony PlayStation VR, and Samsung Gear VR, just to name a few. While the virtual reality competition was heating up, Microsoft was looking to enter the market from a more innovative angle.
Instead of transporting users to a virtual reality, the Microsoft HoloLens brings the magic to our world with interactive, high-definition holograms.  This is referred to as augmented reality, which has recently been brought to the forefront by the recent worldwide Pokémon Go craze. As augmented reality picks up steam, manufacturers have begun to see the profitability. Microsoft, on the other hand, is already ahead of the game having just released the HoloLens to the general public.
Though excitement and demand for the Microsoft HoloLens is worldwide, the release is US exclusive, meaning the HoloLens is not available for purchase in Singapore at the moment.
Big Apple Buddy, a shopping concierge in New York, was founded with the mission to bridge this gap in international shopping, giving a chance to anyone in the world to purchase latest tech gadgets directly from the U.S.
The process is extremely easy – consumers simply tell the company what they would like to buy from America and then they will have their product personally sourced and shipped to their doorstep. The New York startup has already developed a loyal client-base in over 110 countries around the world. Their clientele are mainly tech enthusiasts and developers, who simply want the latest products quickly and hassle-free.
Augmented reality fans in Singapore can order the Microsoft HoloLens immediately through Big Apple Buddy today. The company has partnered up with reliable shipping carriers, FedEx, UPS and DHL, meaning customers can receive their new gadget in as little as a week.
When you order your products through Big Apple Buddy, you will experience a completely personalized and seamless shopping experience. The company handles the entire process for the client from order to delivery. They will source the item as quickly as possible, check and repackage the goods upon arrival at their facility, prepare all necessary customs documentation and have the parcel safely shipped to your doorstep.
All costs are set out in a free quote with a minimum service fee of $50 per order. The service fee covers all the leg work the company does for its clients, including discount negotiations, packaging, shipping and providing personalized product and shopping advice.
Big Apple Buddy has a mission to eliminate international shopping barriers, giving consumers access to the latest tech products as soon as they are released in America, regardless of where they are in the world.
For more information, please visit www.bigapplebuddy.com.

Agricultural robotics and drones: a complex $10bn market by as early as 2022