SINGAPORE – Cooler Master, the market’s leader in design and manufacturing of computer components and peripherals, announced today the sponsorship of Warriors Gaming (WG.Unity), a professional eSports DotA 2 team based in Malaysia. First discovered and currently owned by DF Realty Sdn Bhd, the team members were handpicked based of their proven achievements in local DotA 2 competitions. In a short span of time, WG.Unity has enjoyed a rapid success in South East Asia competitions, most notably by winning the recently concluded World Cyber Arena APAC Qualifier and went on to become the first ProDotA Cup SEA Series champion as well as JoinDOTA League ASIA Season 10. 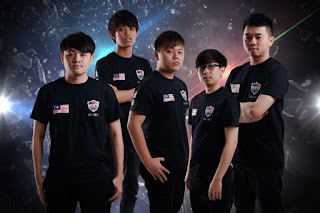 WG.Unity’s rise to fame in the DotA 2 eSports worldwide scene first caught the attention of Cooler Master, who incidentally been on the lookout for suitable timing and opportunity to lead a hand into the development of the local eSports scene. 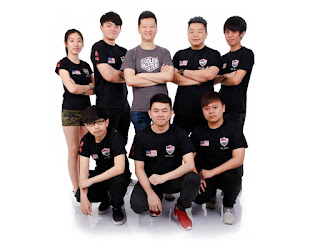 “We are excited to be given the opportunity to support the development of WG.Unity moving forward. WG.Unity’s performances and results speak for itself therefore the decision to have WG.Unity playing under Cooler Master banner was made rather quick and easy,” said Eng Kiat, Country Manager of Cooler Master Singapore.

As the official sponsor of WG.Unity, Cooler Master will support to the team by supplying to them its Cooler Master Eco-system which consists of the Case, Power, Thermal Solutions and Peripherals. Together with MSI Gaming mainboards and graphics cards, the team’s boot camp rig will be further customized by Mod’n’Go Design, a renowned PC Modding & Building house based in Kelantan, Malaysia.

Commenting on the confirmation of Cooler Master sponsorship, WG.Unity’s team coach Mr. Wayne Kok took the opportunity to express, on behalf of the team, their gratitude and commitment towards Cooler Master.

“I would like to thank Cooler Master for quick and smooth negotiations on the sponsorship of WG.Unity by providing both salary package and components support to the team members. I have a good feeling that this partnership will be something special. I would also like to thank DF Realty Sdn Bhd and AK Racing and for their support as well.”