OPPO Upsizes Selfie Phone Offering with the R9 Plus

Home » OPPO Upsizes Selfie Phone Offering with the R9 Plus

OPPO Upsizes Selfie Phone Offering with the R9 Plus
The R9 Plus to include all R9 offerings as well as a larger internal storage, screen and larger battery capacity
Singapore, 23 May 2016 – OPPO, the ever-evolving smartphone brand, is due to release the R9 Plus on local shores on 2nd June at the annual PC show 2016 in Singapore.
The R9 Plus takes its cue from its predecessor, the R9, with its patented VOOC flash charge technology, and intelligent fingerprint processor, capable of unlocking your phone in 0.2 seconds. As it was with its predecessor, the phone will focus on its selfie photography technology and sees its rear camera receive an upgrade to 16 MP with an upgraded aperture size of f/2.0.
Bigger is Better 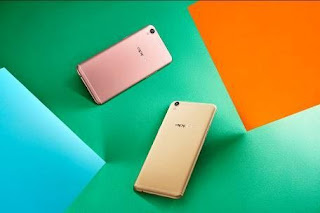 ​The OPPO R9 Plus in Gold and Rose Gold

With a stylish metallic chassis, the R9 Plus measures at 163.1 x 80.78 x 7.4mm and weighs a modest 185g. OPPO’s commitment to innovative design means that the 6-inch AMOLED display is accompanied by an ultra-slim 1.76 mm bezel for a superior viewing experience.

Boasting a larger display, the R9 Plus guarantees a 6-inch Full HD AMOLED screen, ensuring you never miss a single detail on the phone.

Active users would be delighted with the R9 Plus’ bigger battery with a capacity of 4,120 mAh, as well as an ultra-large internal storage of 64GB or 128GB.

Hi-light Camera: You in the Best Light

Similar to its predecessor, the R9, the phone’s defining feature is its 16 MP front-facing camera is built to capture the perfect selfie. The device is fitted with OPPO’s new Hi-light Camera, capturing an optimum amount of light to ensure bright and clear selfies even in low-light conditions. Paired with the new Selfie Panorama feature for group photos and Beautify 4.0, the R9 Plus is the perfect companion for taking and sharing quality shots on social media platforms. 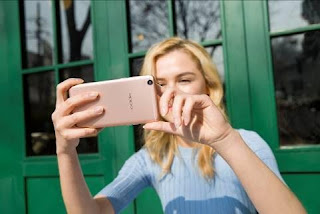 ​The OPPO R9 Plus has a 16MP front and rear-facing camera.

The rear camera receives an upgrade, making the R9 Plus a more complete image-capturing device capable of more than just the perfect selfie. The 16 MP rear camera comes outfitted with an upgraded f/2.0 aperture as well as the custom-built sensor that its front-facing camera has.

“Charge for five minutes, talk for two hours” became an iconic slogan for OPPO in 2015 in China, driving home the practicality of the exclusive VOOC Flash Charge technology, and helping convince more than 18 million users so far to say goodbye to dead batteries. The R9 Plus, which reaches a 70% charge after just half an hour of flash charging, is set to bring the convenience and safety of VOOC to even more users around the world. 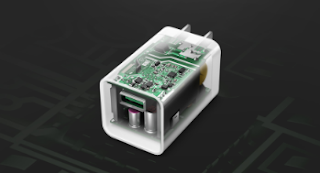 What sets VOOC above other fast-charging technologies is its low-voltage approach to the problem. By adhering to the standard smartphone charging voltage of 5V, VOOC keeps the phone’s temperature low during charging, protecting the longevity of the battery and phone internals, and even allowing the user to simultaneously use their phone while they fast-charge, a function that no competitor can offer.

Logitech Amps Up the Fun with the 2016 Party Collection