It doesn’t get any bigger than this! Xiaomi launches new 6.4” Mi Max Smartphone

Home » It doesn’t get any bigger than this! Xiaomi launches new 6.4” Mi Max Smartphone

As previously speculated, the new Xiaomi Mi Max was announced a few hours ago at an event in Beijing. Xiaomi has focused their efforts on an ultimate phablet device that is less occupied by competitors. By providing the best possible hardware for the price that Xiaomi is offering, the Mi Max is hands out the best phablet device out in the market at this moment. 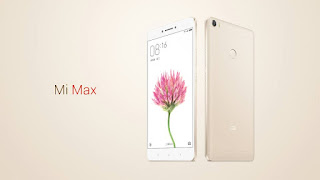 The Mi Max has inherited its design from the popular Redmi Note 3. Spotting an all-metal body, this smartphone exudes class and gives its a sense of a high end device. It will be available in Dark Grey, Gold, and Silver colours. 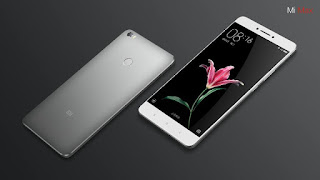 The rear of the device spots a fingerprint sensor for authentication. It is centered horizontally so that fingers from either hands can reach the sensor easily. Despite its large physical size, the fingerprint sensor can still can reached by most hand sizes. However, there may be a strain on the wrist for someone with smaller hands. 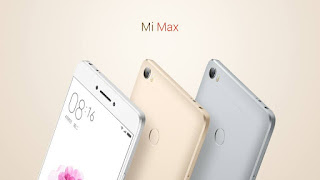 The camera module of the Mi Max smartphone is elegantly flushed to the top left hand corner of the smartphone. Xiaomi has well utilized the space in the design of the Mi Max, producing a piece of art worth admiring. The rear camera boasts a 16MP sensor with dual-LED flash. The front 5MP camera has a 85 degree lens that ensures a wider shot. 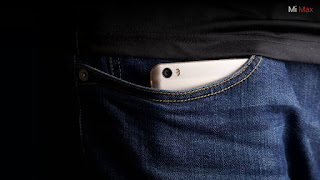 The quest for excellence is largely seen from the design of the device. Despite the large physical size of the Mi Max device, Xiaomi has managed to retain a slim profile for the smartphone. Even though the device is measured at only 7.5mm thin, Xiaomi still managed to include a 4850mAh capacity battery within the smartphone. The next nearest competitor of the Mi Max is the ASUS Zenfone Max, which boasts a slightly larger 5000mAh battery capacity. However, it is much thicker at 10.6mm. Xiaomi seems to have done the impossible, putting all the goodness of specifications and design into the Mi Max. 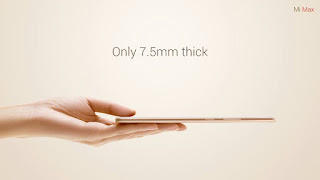 Xiaomi Mi Max, also holds an immersive 1080p display. Despite its supposed smaller pixel density, the human eye would not realise much difference from any other phones with larger resolutions, unless seen up close. This makes the Mi Max an ultimate entertainment device. A lower pixel count also means longer battery life. It would not be surprising if the Mi Max could possibly run continuously two days per charge. 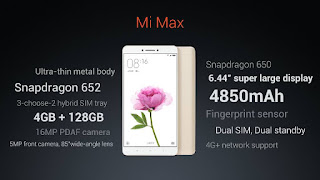 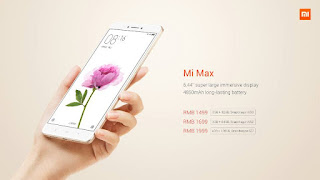 There are three SKUs for the Xiaomi Mi Max.
Firstly, there will be a Snapdragon 650 version that runs with 3GB of RAM and 32GB of internal storage will cost 1499RMB. Secondly, a 64GB version that will go for 1699RMB will be equipped with Snapdragon 652 and 3GB of RAM. Lastly, the 128GB model will boast 4GB RAM, a Snapdragon 652 processor for a price of 1999RMB.
Preorders are already underway at the official Xiaomi website in China. The phone will be available from the 17th May, 10am. The phone is expected to be launched in the rest of the world in the coming months.