New graphic card offerings from Nvidia has arrived earlier than expected. Usually, Nvidia will only release their new graphics card at COMPUTEX Taipei. Just today, Nvidia announced the new GeForce GTX 1080 and GTX 1070 graphics card, as well as more details about the GP104 GPU specifications. Of course, there are many other features of these cards that are worth mentioning. The cooling solution on the cards have a new and improved design and differ quite significantly from predecessors. GTX 1080’s supposed performance are also over the roof, proving that Nvidia’s research into the new architecture has certainly yield results. However, as compared to last year’s flagship, the GTX 1080 is launched at a price of 599USD, 50USD more than GTX 980 at launch. We have to ask ourselves the question : Is the new GTX 1080 worth its price? 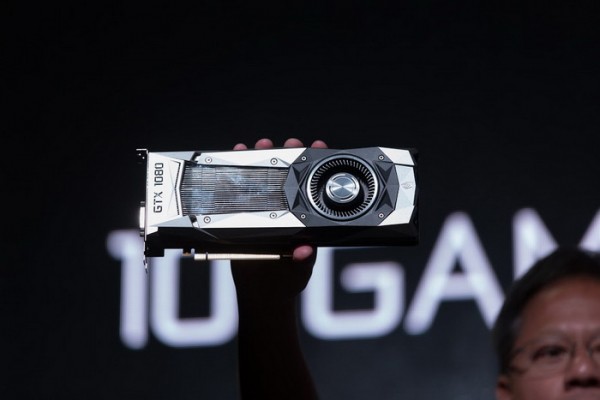 Other than brand loyalty, consumers must look closely into the price and performance of the new card to determine if it is worth the 599USD. At the moment, Nvidia has yet to fully disclose all details of the new GTX 1080 graphics card. We know that it uses the GP104 graphics core, is equipped with 8GB VRAM, but other specifications like its die size remains unknown. 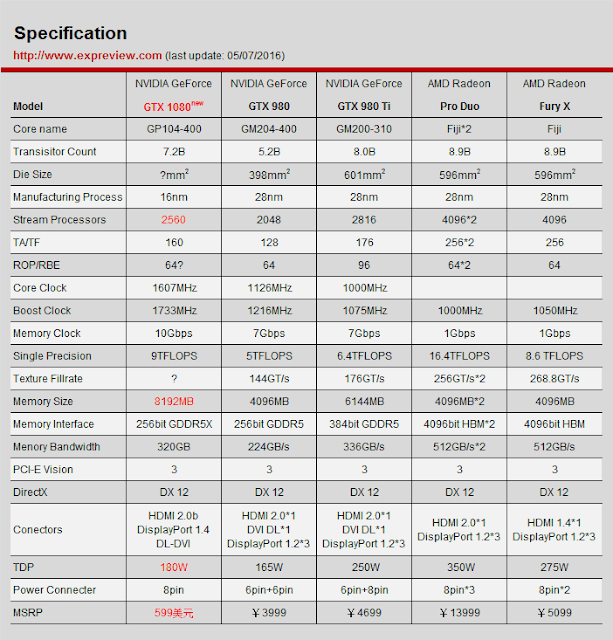 Comparing between Nvidia GTX 1080, GTX 980 Ti, GTX 980, AMD Radeon Pro Duo, R9 Fury X’s performance, it can be seen that GTX 1080 is made to replace the GTX 980. There are still no news on the availability of a GTX 1080 Ti. This is possible due to the time required to develop something significantly faster than GTX 980 Ti, especially when GTX 1080 and GTX 980 Ti are priced similarly.

Thanks to the new architecture and process, GTX 1080 can reach a core frequency that was previously unattainable. It has a base frequency of 1607MHz, which can be increase to 1733MHz when required. As compared to GTX 980, the increase is definitely significant, as the predecessor only runs at 1126MHz base clock and 1216MHz boost clock. Just based on frequency, the increase is over 40%. This is also one of the explanation for GTX 1080’s capabilities to reach 9 Teraflops, a 80% increase from GTX 980. The increase is also attributed to the increased in the number of computing CUDA cores.

There has also been great improvements done to video memory in the new flagship. The GTX 1080 uses the faster GDDR5X memory, resulting in a higher memory clock of 10Gbps, up from previous 7Gbps in GTX 980. The memory bandwidth has increased from 224GB/s to 320GB/s. However, this performance is still far from the expected speeds of High Bandwidth Memory 2. Moreover, GDDR5X video memory has yet to reach its expected speeds of what Micron’s claims, which are 12Gbps/14Gbps. This is why GTX 1080’s memory bandwidth is still lower than GTX 980 Ti’s, as the GTX 980 Ti has a higher memory bandwidth at 384bit wide. It must be noted that the increased capacity of video memory is largely welcomed, increasing from 4GB to 8GB. This is second to the GTX Titan X which houses 12GB of VRAM, and the same as competition’s AMD R9 390X which also has 8GB of VRAM.

In terms of output, GTX 1080 now supports HDMI 2.0b and DP 1.4. DP 1.2 is said to be officialy certified and supported, but DP 1.3 and DP 1.4 standards are compatible, but they have yet to receive the required certifications. After all, not many devices can utilize the benefit of DP 1.3 and 1.4. AMD’s Polaris graphics card only supports DP 1.3 specifications. 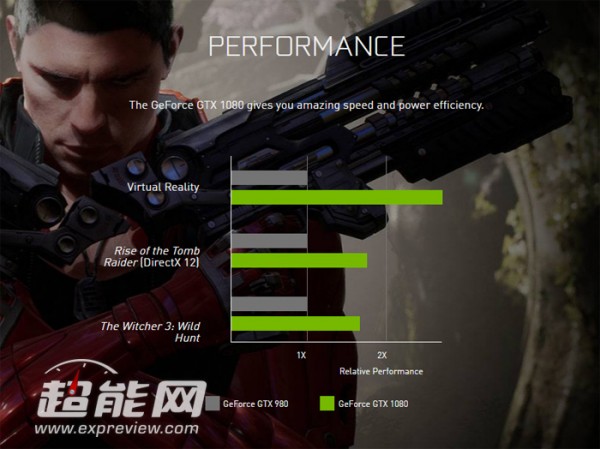 Nvidia’s official benchmark results stated that the GTX 1080 will perform 2 times faster in VR applications, as compared to GTX 980. There should be about an increase in 50% in terms of performances in games. Since these are official benchmarks, end users should be get a slightly lower performance level due to other computing factors. It is expected that the GTX 1080 will perhaps have similar performance to a GTX 980 Ti.

GTX 1080 is rated at a TDP of 180W. This is slightly higher than GTX 980’s 165W. We must consider the increased core clock frequency that results in a higher voltage requirements, affecting the TDP. Further, the increase in CUDA cores also contribute to additional power requirements and heat production. Nvidia has also showed the efficiency of GTX 1080 as shown in the graph below. 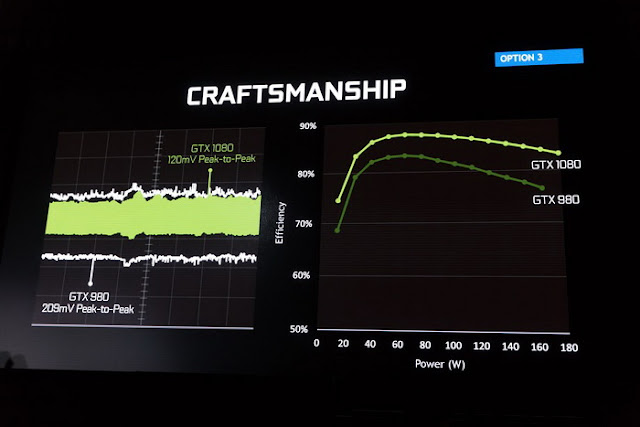 In terms of price, the new GTX 1080 costs 599USD. A founder’s edition costs 699USD, which features the newly designed cooler. It could be possible that these cards are from a specially selected yield made for overclockers to achieve higher clock rates. GTX 980 Ti RRP is at 649USD. In terms of pricing, GTX 1080 makes sense, based on their expected similarities in performance. 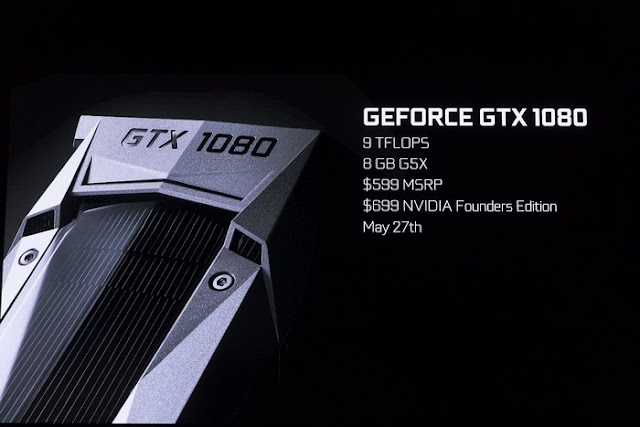 In conclusion, the GTX 1080 does indeed have significant improvements thanks to its new architecture. However, similar to GTX 980 and GTX 980 Ti, its cost to performance ratio is one of the worst in the whole series, as they are marketed as flagship cards. Nonetheless, the new GTX 1080 should be attractive to many consumers who are looking at extreme performance. The new Pascal architecture’s which brings about better energy efficiency coupled with its new designs and better output interfaces, the new card sets its tone to be an extremely attractive graphics card to own. If only the GTX 1080 had a significant improvement from GTX 980 Ti, it would definitely be a hit for consumers.