Microsoft releases Office 2016
The new Office takes the work out of working together. 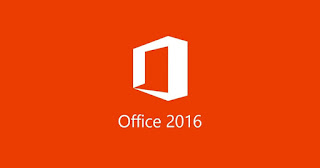 Singapore – 22nd September 2015, Tuesday Microsoft Corp. began the worldwide release of Office 2016. The apps are the latest addition to Office 365, Microsoft’s cloud-based subscription service that helps people do their best work, together. The company also announced new and enhanced Office 365 services built for team productivity.
“The way people work has changed dramatically, and that’s why Microsoft is focused on reinventing productivity and business processes for the mobile-first, cloud-first world,” said Satya Nadella, chief executive officer of Microsoft. “These latest innovations take another big step forward in transforming Office from a familiar set of individual productivity apps to a connected set of apps and services designed for modern working, collaboration and teamwork.”
Nadella wrote about the new Office on the Official Microsoft Blog. Kirk Koenigsbauer, corporate vice president for the Office Client Applications and Services team, provided more insights about Office 2016 on the Office Blog.
Office 2016 delivers new versions of the Office desktop apps for Windows, including Word, PowerPoint, Excel, Outlook, OneNote, Project, Visio and Access. By subscribing to Office 365, customers can get always-up-to-date, fully installed apps for use across their devices, combined with a continually evolving set of consumer and commercial services, such as OneDrive online storage, Skype for Business, Delve, Yammer and enterprise-grade security features.
Together, the new Office and Windows 10 are the most complete solution for doing. The Office 2016 apps run beautifully on the best Windows ever, including the new Sway for Windows 10 to create shareable, interactive stories that look great on any screen. Windows Hello logs you into Windows and Office 365 in one simple step1. Office Mobile apps on Windows 10 empower on-the-go productivity, and work with Continuum2 so you can use your phone like a PC. Cortana3 connects with Office 365 to help with tasks such as meeting preparation, with Outlook integration coming in November.
Built for teamwork
The Office 2016 apps simplify collaboration and remove barriers to team success.
·        Co-authoring4 is now provided in Word, PowerPoint and OneNote desktop software, including real-time typing in Word that lets you see others’ edits as they make them.
·        Skype in-app integration across the rich client apps allows you to IM, screen share, talk or video chat right in your docs.
·        Office 365 Groups are now an integrated part of the Outlook 2016 client app and available on your favorite mobile device through the Outlook Groups app, delivering a consistent team experience across the suite.
In addition, new Office 365 solutions that combine the power of apps and services for better collaboration are coming soon.
·       Introduced today, Office 365 Planner helps teams organize their work, with the ability to create new plans, organize and assign tasks, set due dates, and update status with visual dashboards and email notifications. Planner will be available in preview to Office 365 First Release customers starting next quarter.
·        Significant new updates to OneDrive for Business are coming later this month, including a new sync client for Windows and Mac, which will deliver selective sync and enhanced reliability. Updates also include increased file size and volume limits per user, a new user interface in the browser, mobile enhancements, and new IT and developer features.
·        Unveiled earlier this year, GigJam is available Tuesday in private preview and will become part of Office 365 in 2016. GigJam is an unprecedented new way for teams to accomplish tasks and transform business processes by breaking down the barriers between devices, apps and people.
Works for you
Office 2016 provides built-in intelligence to help you work faster and smarter.
·        Outlook 2016 provides the smartest inbox yet, with lightning-fast search and automatic removal of low-priority mail. Everyone on the To: line has the right access to documents with modern, cloud-based attachments.
·        Tell Me helps you quickly find the right Office feature or command, and Smart Lookup brings insights from the Web right into your documents.
·        Excel 2016 now includes integrated publishing to Power BI and new modern chart types to help you make the most of your data.
·        The most recently used documents list allows you to pick up right where you left off, traveling with you across your devices, whether you are working in Office Online, in the Office Mobile apps or in the Office 2016 desktop apps.
The most secured Office
Office 2016 apps with Office 365 deliver new capabilities for better enterprise security and protection.
·        Built-in Data Loss Prevention across Word, PowerPoint, Excel and Outlook significantly reduces the risk of leaking sensitive data, giving IT administrators tools to manage content authoring and document sharing policies.
·        Multifactor authentication ensures secured access to content anywhere when you’re away from the corporate network.
·        Enterprise Data Protection will be available for the Office Mobile apps for Windows 10 later this year and for the desktop apps early next year, enabling secured content sharing within corporate boundaries.
Availability and requirements
The new Office 2016 apps are available in 40 languages and require Windows 7 or later. Starting Tuesday, Office 365 subscribers can choose to download the new Office 2016 apps as part of their subscription. Automatic updates will begin rolling out to consumer and small-business subscribers next month, and to commercial customers early next year. Office 2016 is also available today as a one-time purchase for both PCs and Macs.
1 Windows Hello requires specialized hardware, including fingerprint reader, illuminated IR sensor or other biometric sensors, and may require additional authentication steps in certain configurations.
2 Available only on premium Windows Phones. External monitor must support HDMI input. Requires a Continuum-compatible accessory.
3 Cortana experience may vary by region and device.
4 Co-authors must be using Office 2016 or Office Online.
To find more details about Office please visit here.