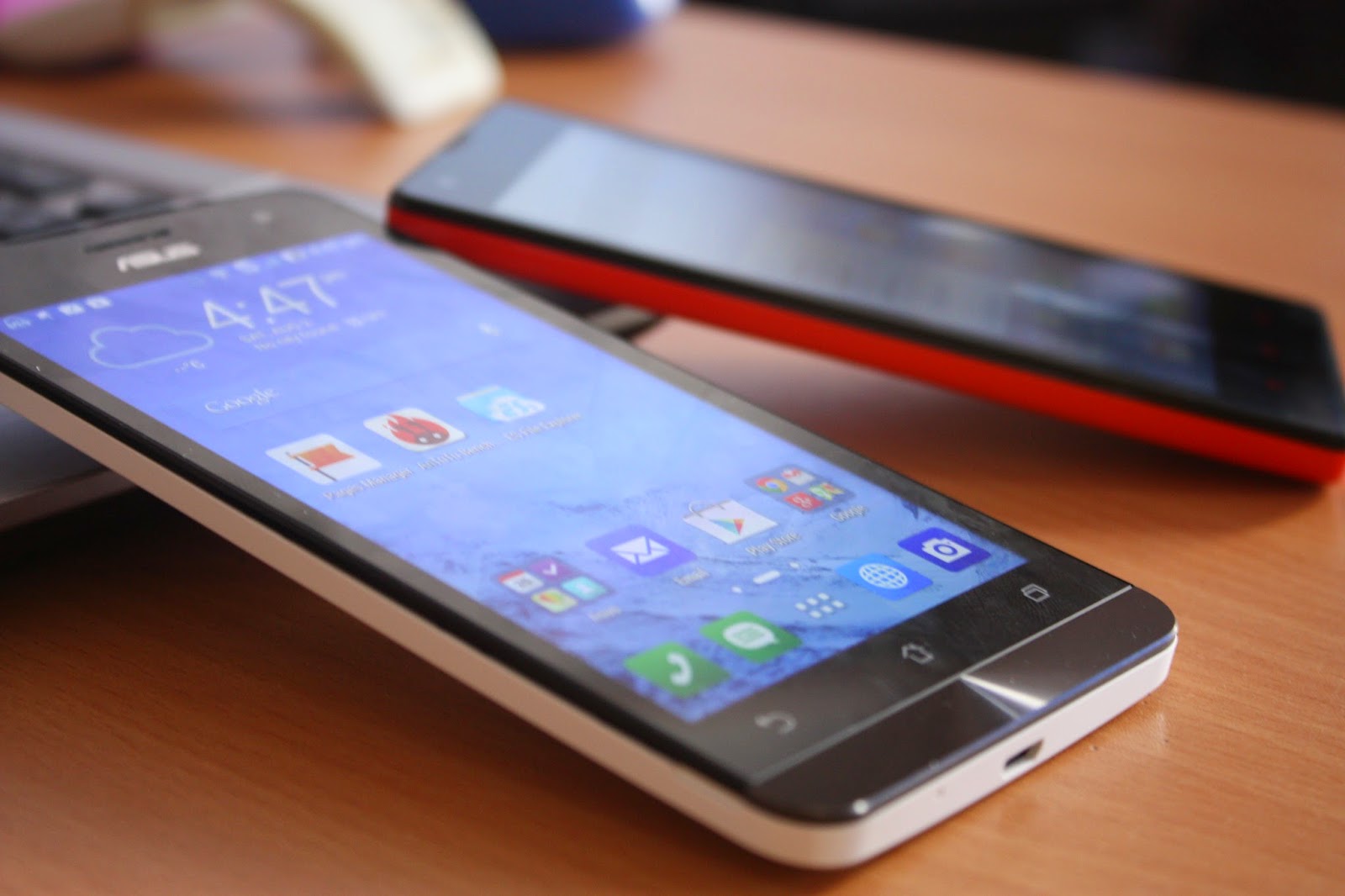 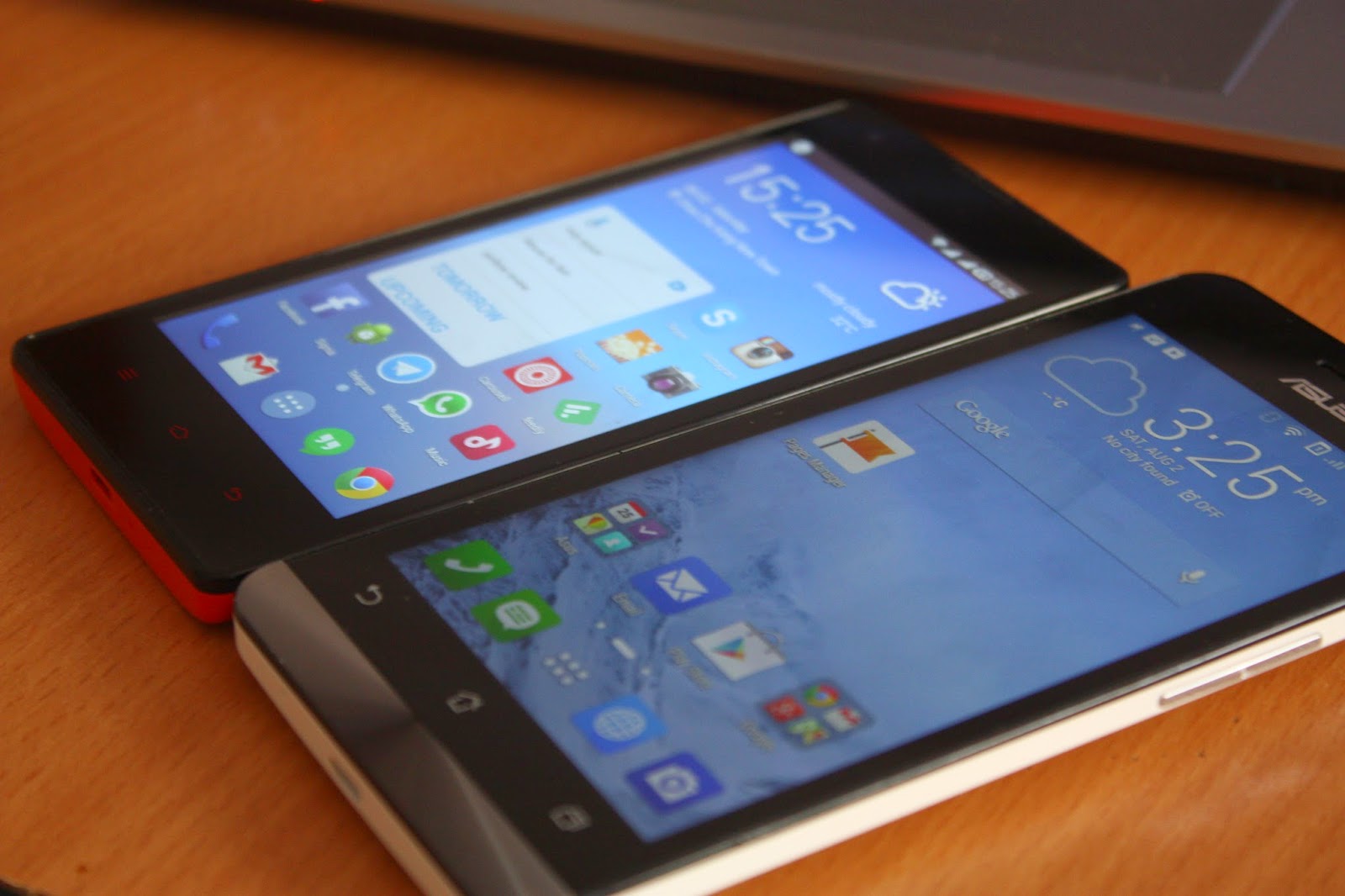 In terms of aesthetics, both phones has got their own style. Having a larger screen size, ASUS Zenfone 5 looks much thinner than Redmi, adding a tinge of sleekness to it. 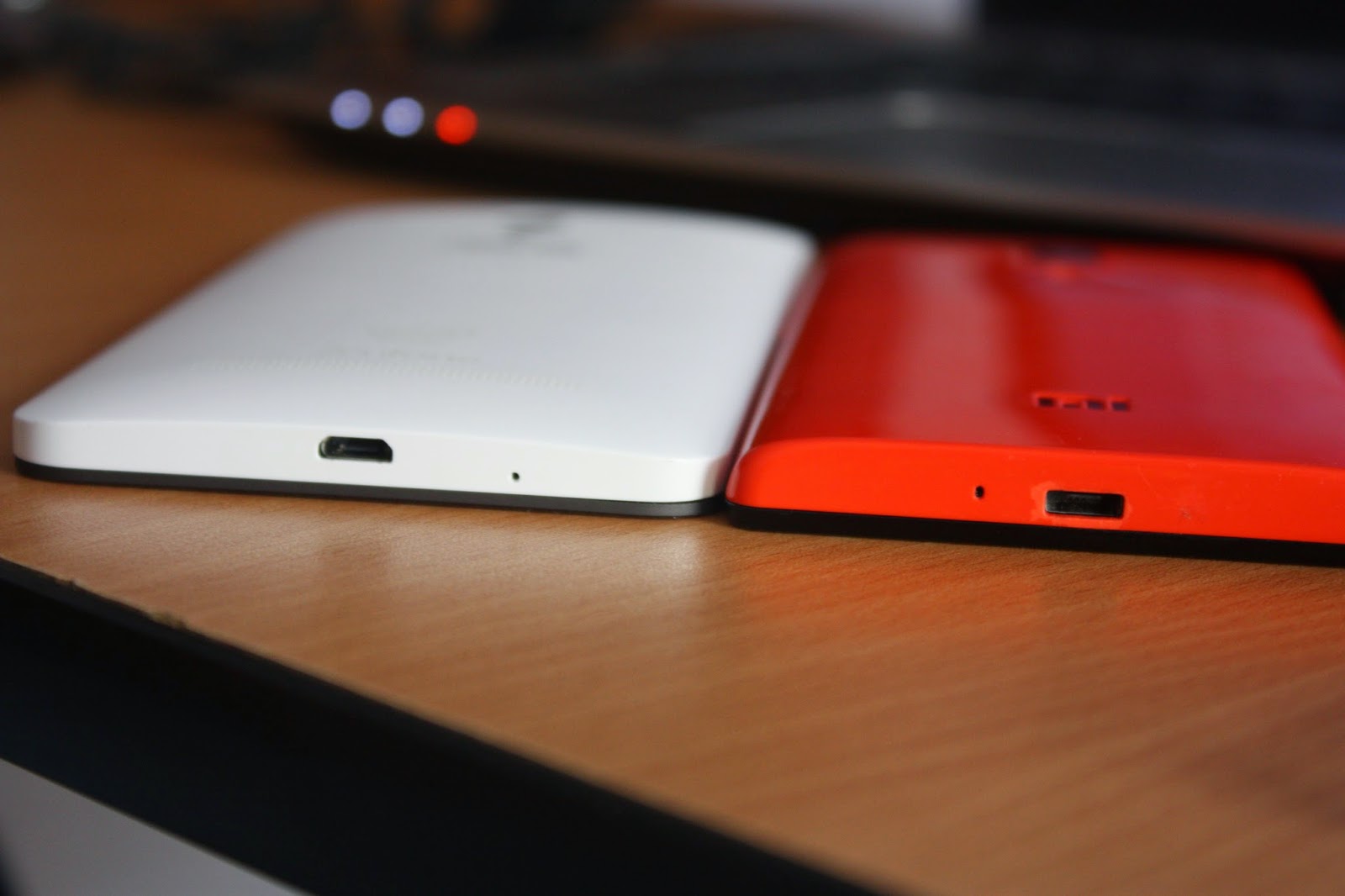 We preferred the headphone jack of the Zenfone 5 as it was integrated into the design of the phone, unlike Redmi where it was simple a hole at the top of the phone. 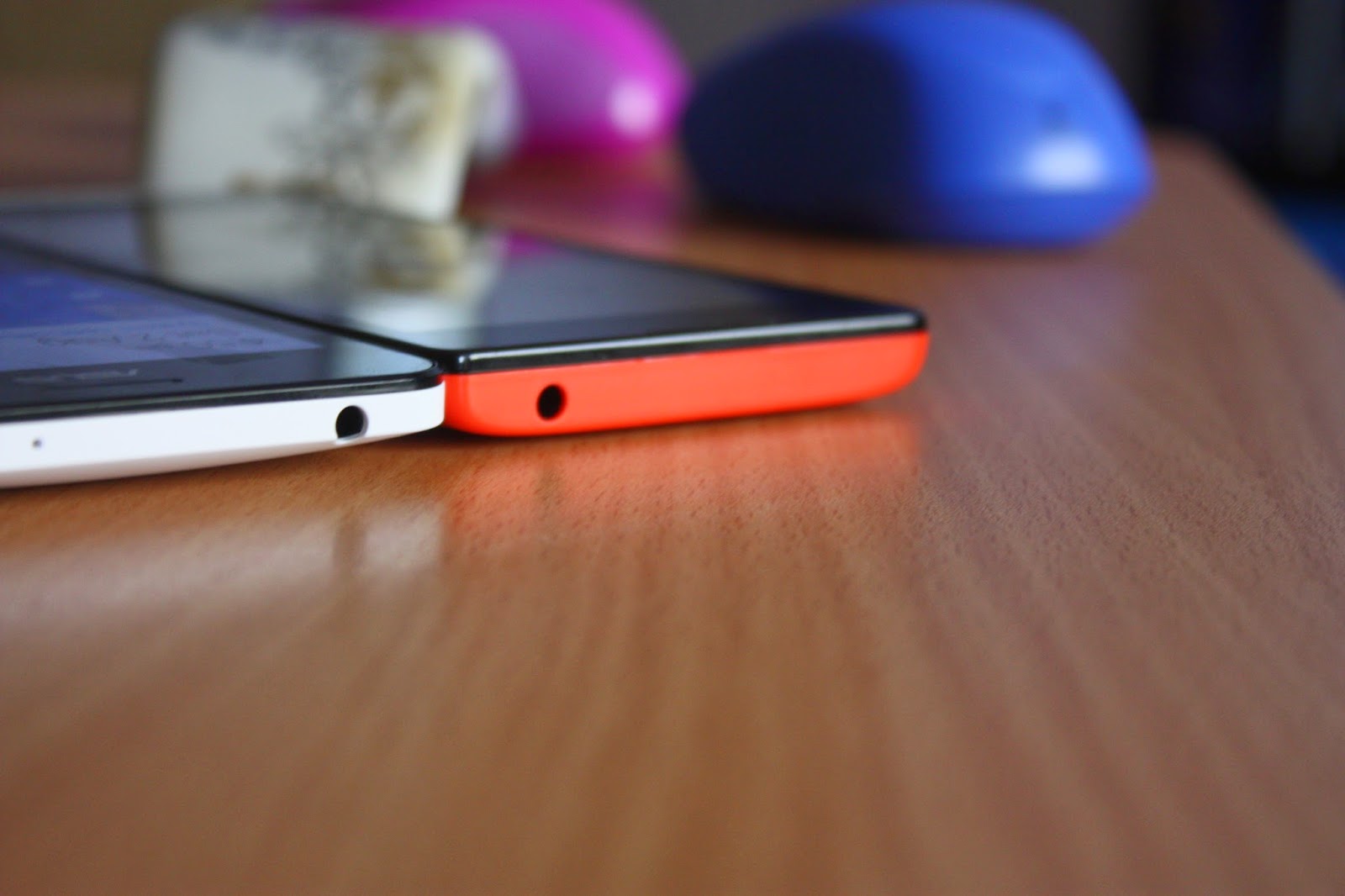 Redmi had a plain front featuring its screen and a right sided front camera. On the other hand, more thoughts were put into the design of Zenfone from its front. ASUS designers wanted to give a good combination of metal and plastic coexistence design. Thus, Zenfone was added with a top silver metallic speakerphone and a metallic bottom, adding a sense of sophistication to the device.

Personally, I preferred Xiaomi’s front buttons as they are well spaced out and small enough to be part of the Redmi design. Zenfone’s button prints looks bigger, probably looking quite out of place but just nice for a phone of such size. 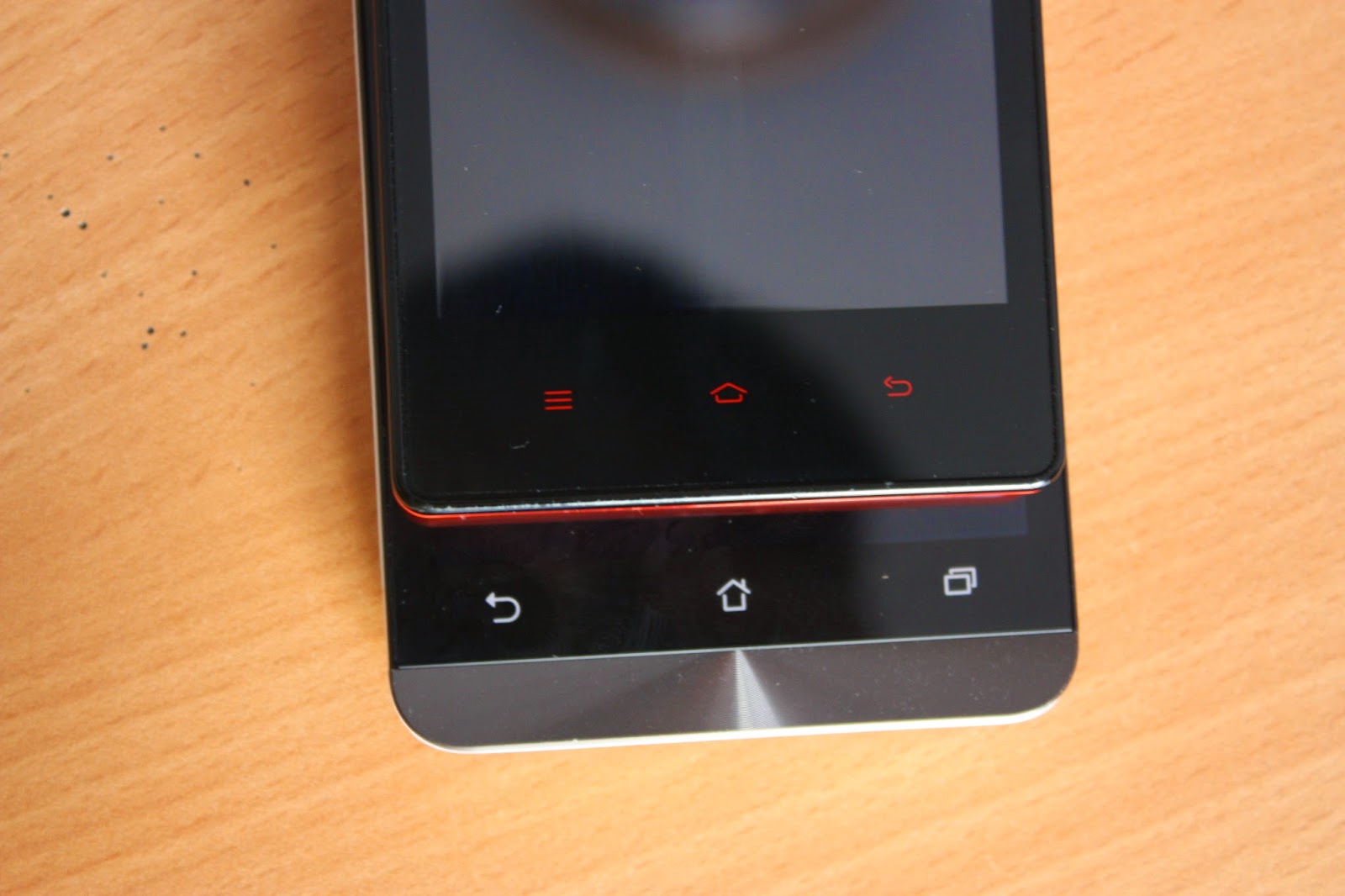 Both phones had similar width in the display bezel and are acceptable in today’s smartphone’s benchmarks. Of course, they can’t be compared to LG’s top end G3 with super thin display bezels which sets them apart from these mainstream smartphones. 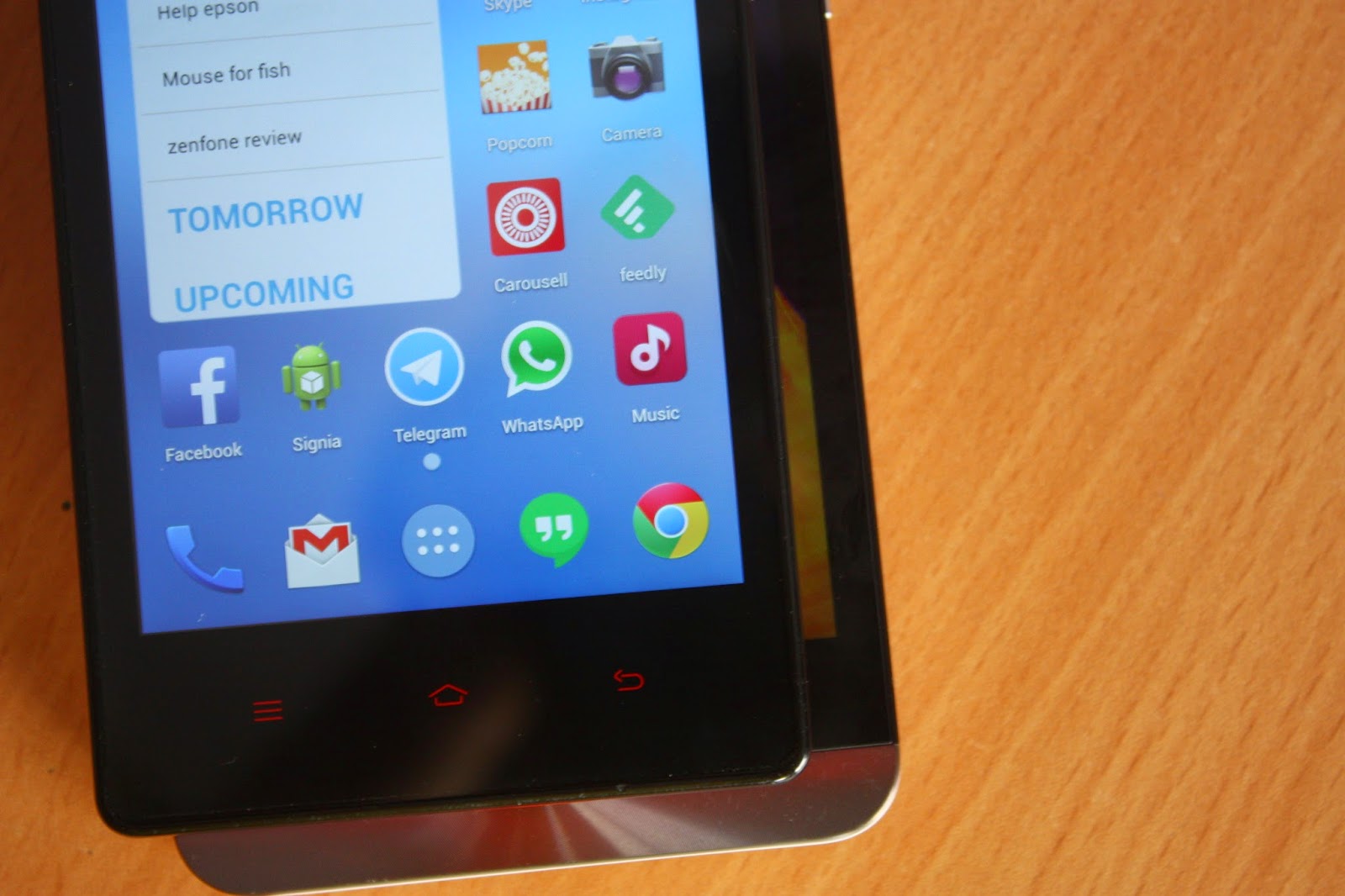 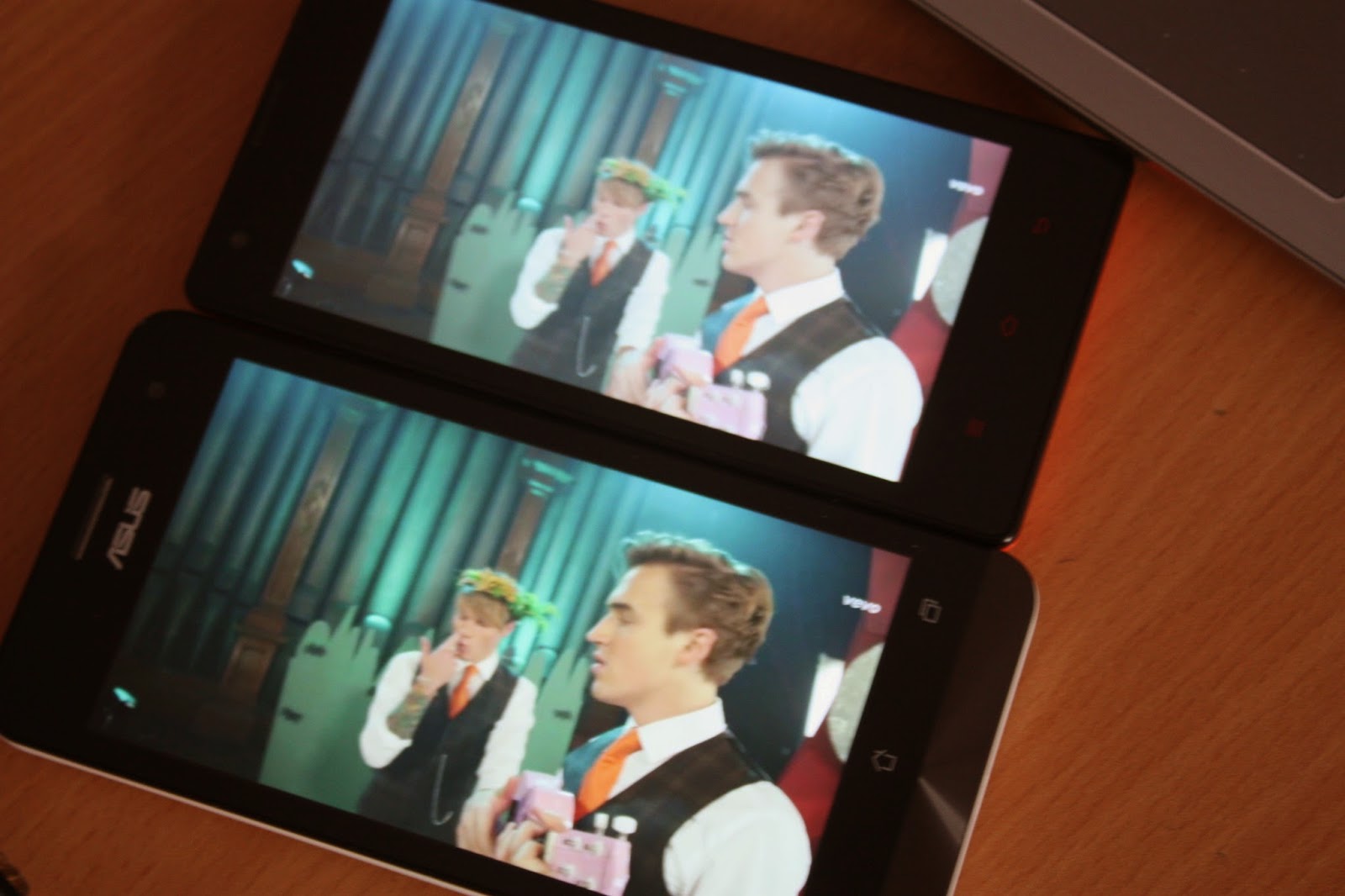 Both ASUS Zenfone 5 and Xiaomi Redmi have displays that comes in the same resolution. The only difference is its size. Theoretically, Xiaomi Redmi will look better because of its higher pixel density. Based on our own determinations, both screens looked similar in terms of quality. In fact, ASUS Zenfone 5 gave a better experience for me as it had a larger size. Moreover, thanks to its ASUS Splendid display tweaks, colours were more vibrant. This should be the results of years of experience in LCD manufacturing as well. They have also equipped their phones with their different expertise in different areas.

I am a new user to the Zenfone 5. Of course, I will naturally feel that the Redmi is more usable that the Zenfone 5 in terms of hardware interfaces. There are a few areas where you may need to get used to if you are a previous Samsung or Xiaomi smartphone user. 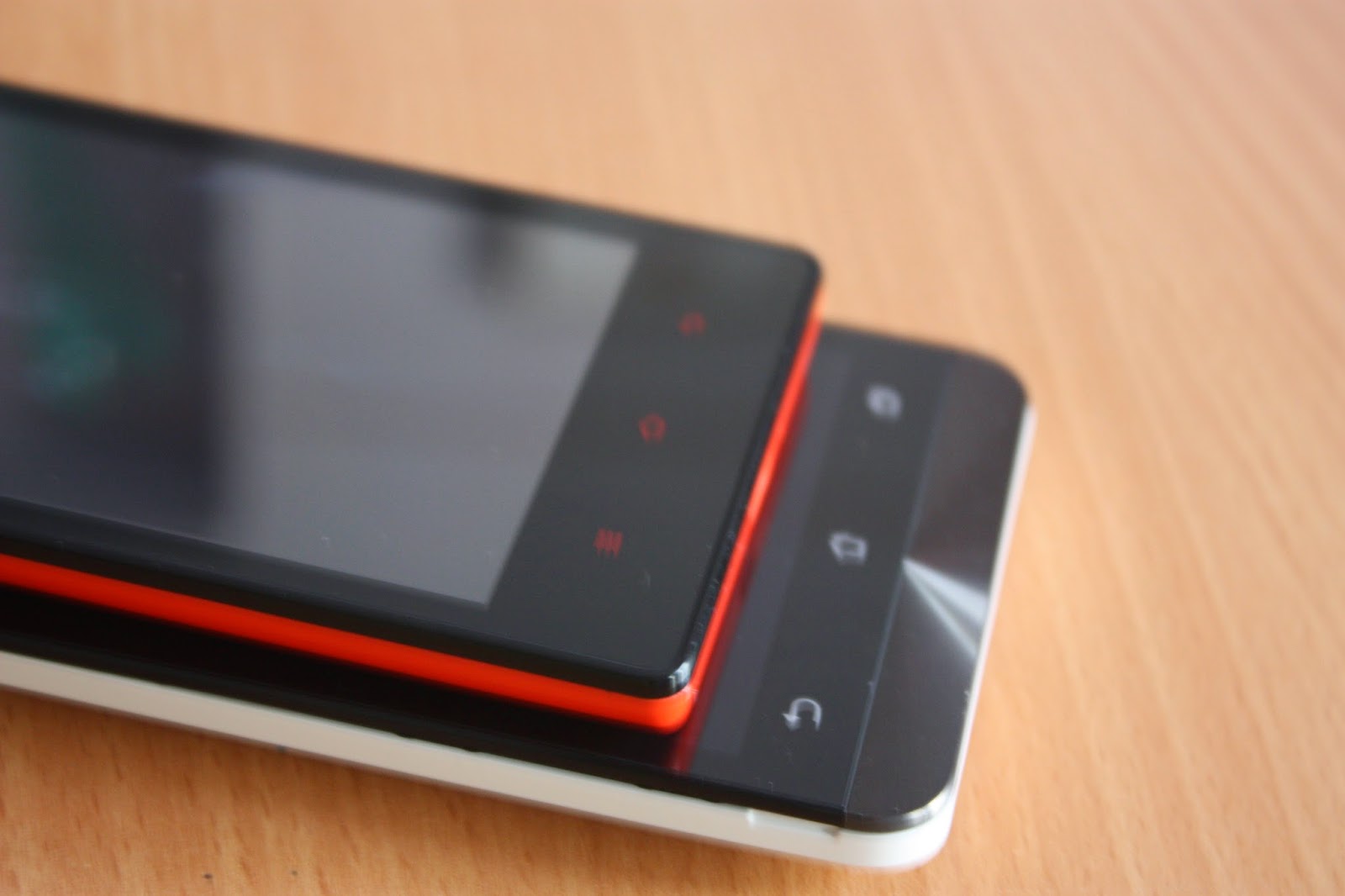 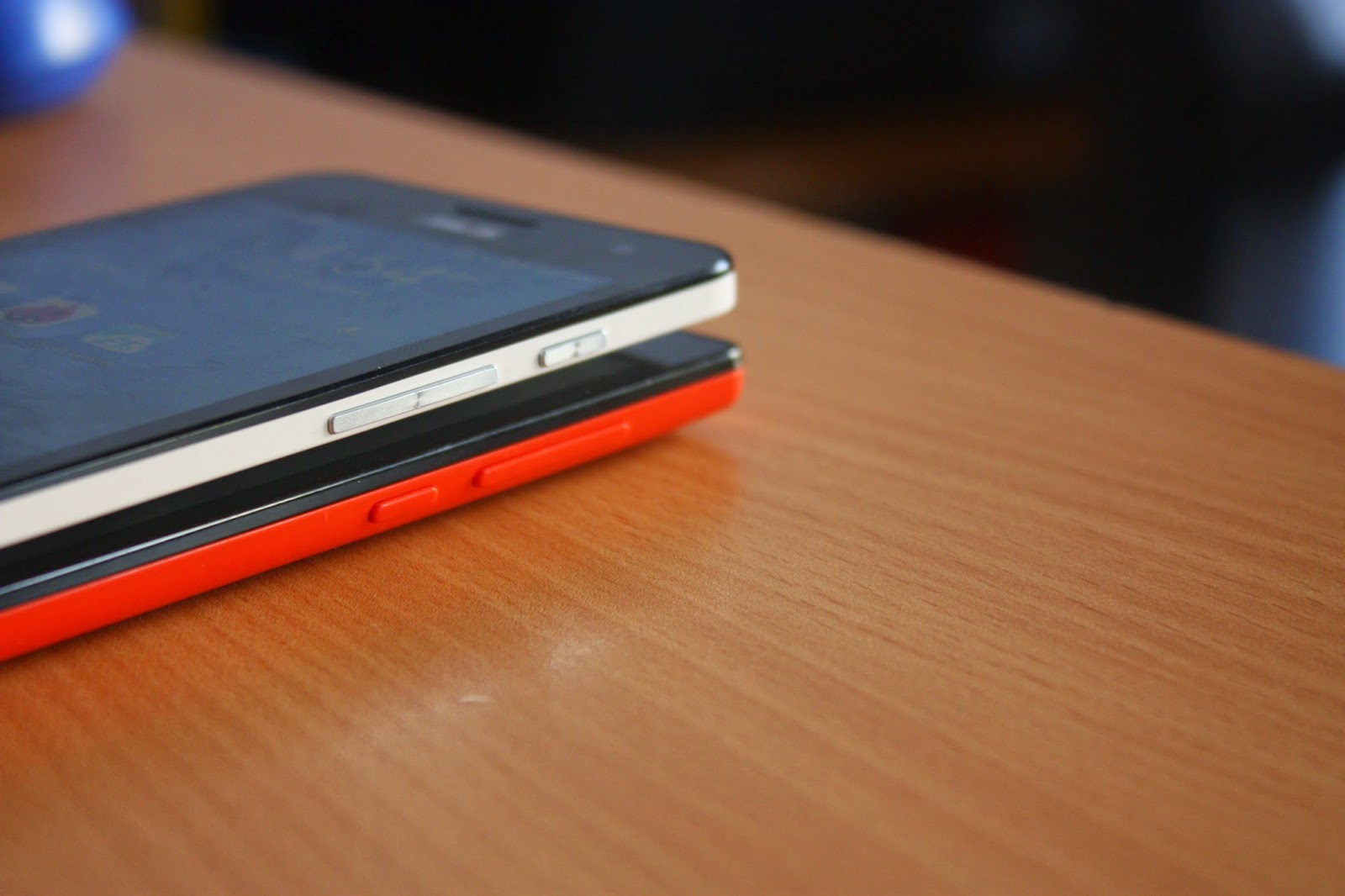 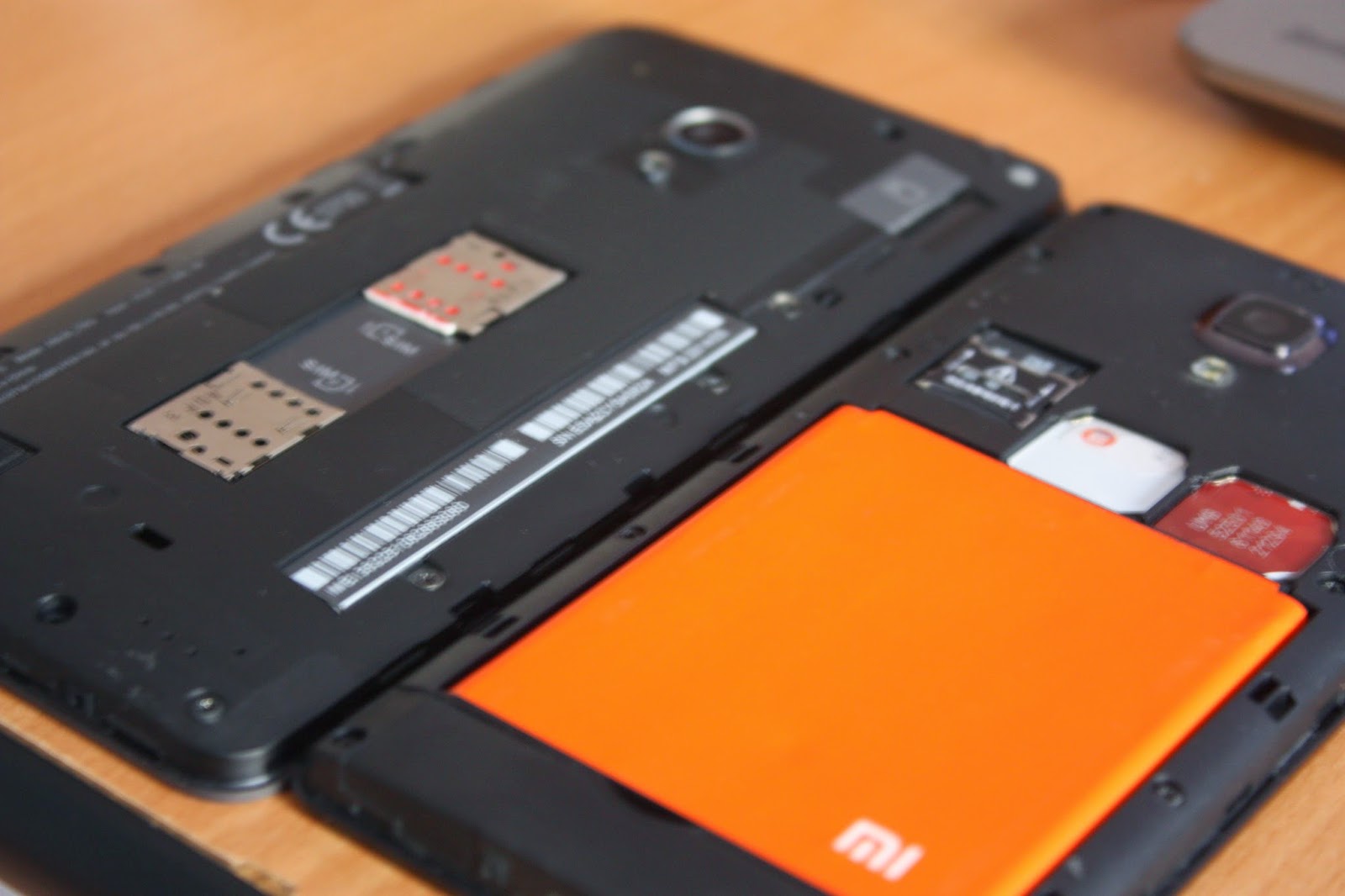 Xiaomi MIUI is known in the community for its simplicity. Of course, there is no doubt that we agree of MIUI’s clean design. ASUS has decided to launch their new ZenUI together with the new Zenfone Series. In fact, there is not much change in ZenUI as compared to stock Android UI other than some changes to the lock screen and other small improvements. Other additions are still application based and not specific to UI.

Much UI preferences are specific to users and we thought that both UI has got their good and bad. Therefore, we are not going to specifically say which is better here.

One of the core difference between Zenfone 5 and Xiaomi Redmi (regardless of version) is that Zenfone 5 has got dual 3G capabilities. This means that both SIM slots of Zenfone 5 are 3G capable and can allow user to use 3G networks on both SIM cards without the need to switch between slots. Xiaomi Redmi only has a 3G slot and a 2G slot. I found it to be useful in Singapore if you have a additional mobile broadband number. For example, my main mobile line is on M1 and I also have a SingTel Mobile broadband line. If 3G coverage on M1 is poor, I can simply switch to SingTel without the hassle of changing the SIM cards to their respective SIM card slots. This hardware feature really set the Zenfone 5 aparts from the Xiaomi Redmi.

Generally, it seems that the photos from daylight seemed  a lot more vibrant in ASUS Zenfone 5 that from Xiaomi Redmi. The blues from the sky were much more distinct and so were the yellows from the lift shaft of the HDB block. It was to a point that it looked quite artificial. However, it did take somehow better photos that the Redmi.

At night is when the Zenfone 5’s camera really shines. Redmi was totally thrashed in taking photos in poorly lit areas. The Zenfone was able to take in enough light from its lens to illuminate the object just by natural light. This technology is called ASUS PixelMaster where a combination of hardware, software and optical design are specifically enhanced to work well together. The results were distinct.

Additionally, Night Mode in ASUS Zenfone 5’s camera app also allow users to specifically take photos at night time. However, images came out to be much more noisy even though they were better illuminated. 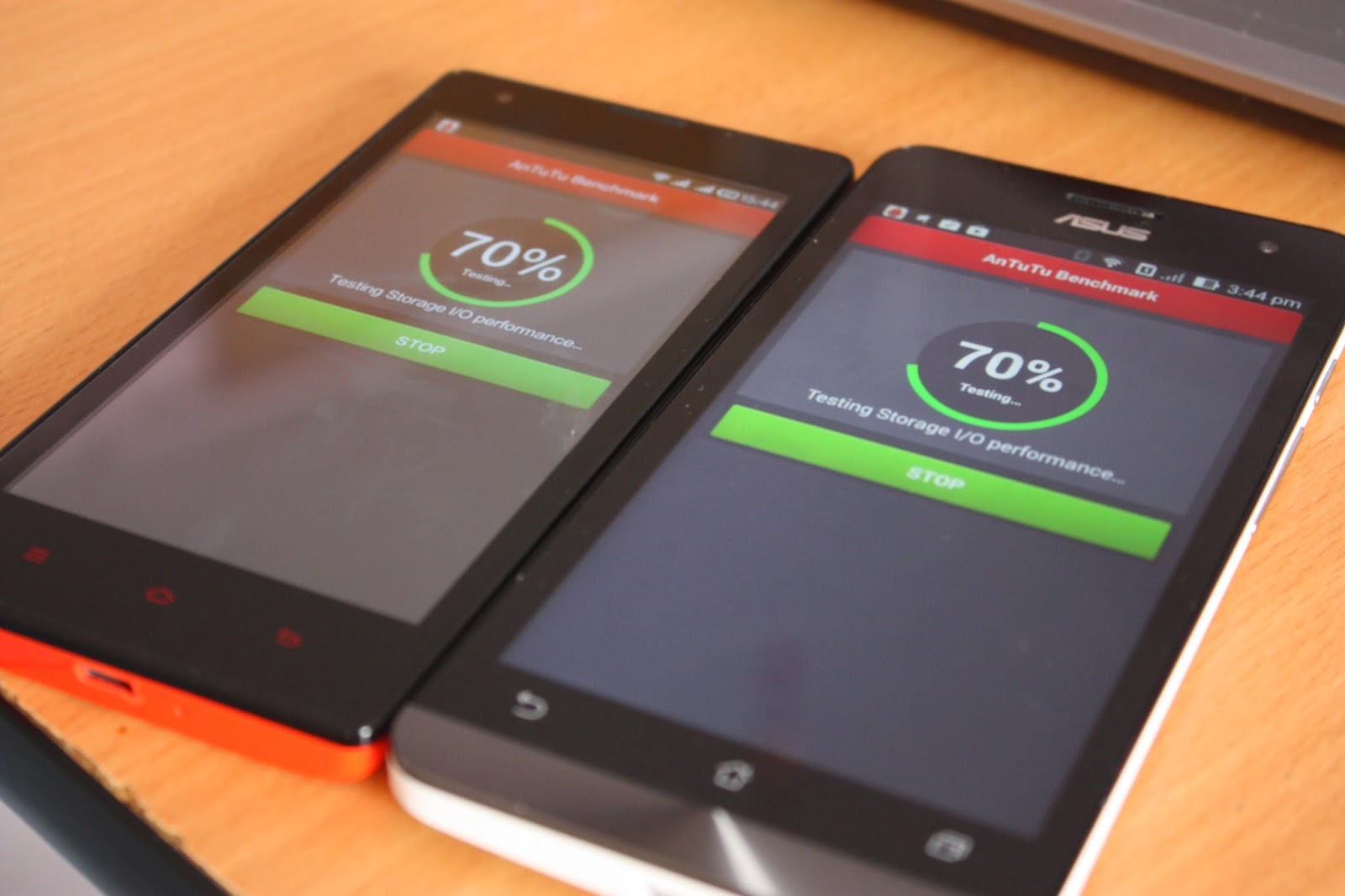 ASUS Zenfone 5 did fair much better than the Xiaomi Redmi in the performance test based on AnTuTu Benchmark. The more specific scores suggests that Zenfone 5 performed better in games. It had an advantage rendering 3D graphics efficiently was is said to play most of the demanding games in the Play Store. However, as seen in the scores, it was shown that the dual-core Intel CPU is still a bit behind the MediaTek’s quad core. Intel should work harder on their smartphone chips. Generally, Zenfone 5’s performance will still be better than Redmi.

Xiaomi Redmi simply smothers the Zenfone 5 in this test. The speakers from Redmi were able to produce audio that are much clearer an with better lows and mids. It was so good that an adequate amount of bass can be heard due to its good quality. On the other side of comparison, Zenfone 5’s speakers were simply substandard. There was a lack of lows and the focus was on the highs. This gave clarity, but lacked variety. It’s Audio Wizard app which aims to improve audio quality did not much help at all. 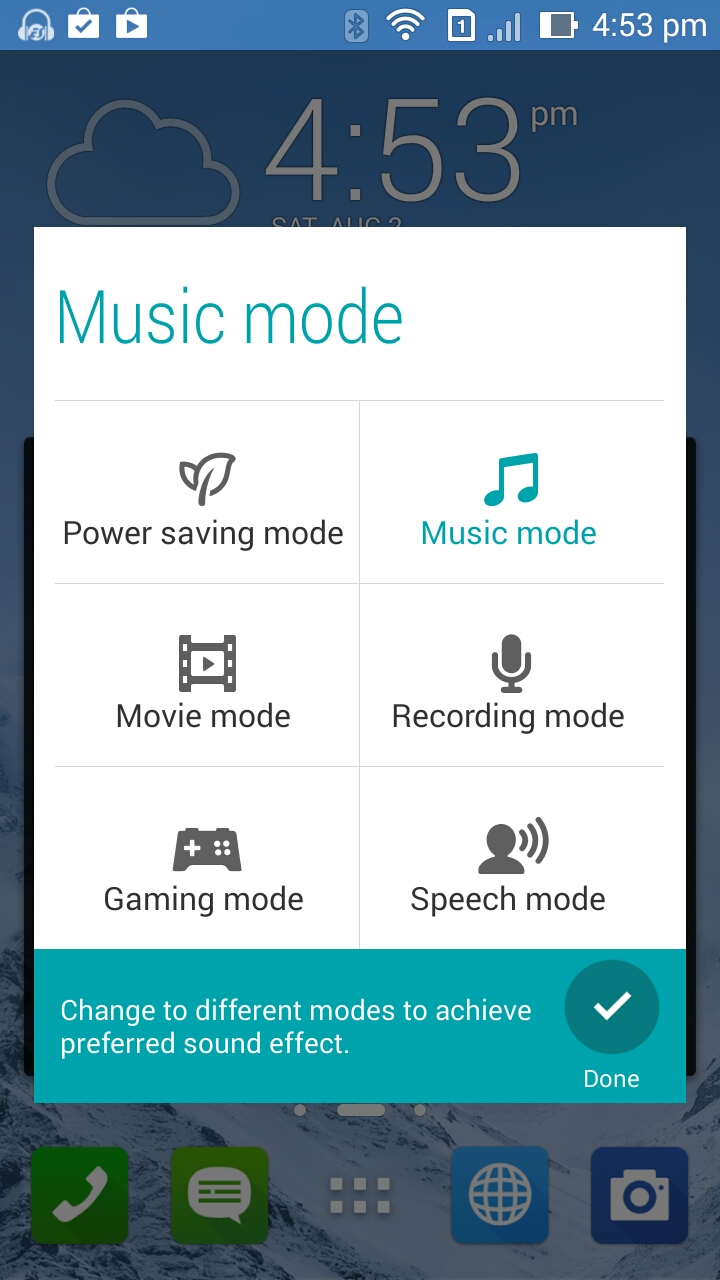 Of course, after looking at all the good features of ASUS Zenfone 5, we also have to understand the higher costs of ASUS Zenfone 5. Despite it still being highly affordable at a price of $219 without any contract, Xiaomi Redmi is still in fact cheaper by $50. No matter what, Redmi shall be accredited for its extreme affordability.

It was definitely a close fight. There were both pros and cons for both devices which costed points at either sides. Although we loved the Xiaomi Redmi, we had to give the final winner of this competition to the ASUS Zenfone 5 as its features outweighed those of the Redmi. Some of the main reasons for this win include its superior camera capabilities and of course, exterior design. Despite the win, there are also some shortfalls of the Zenfone 5 which could be potential dealbreakers. ASUS definitely has to improve the speakers of the phone as the audio quality difference was too huge. Is it still worth the buy? Yes! 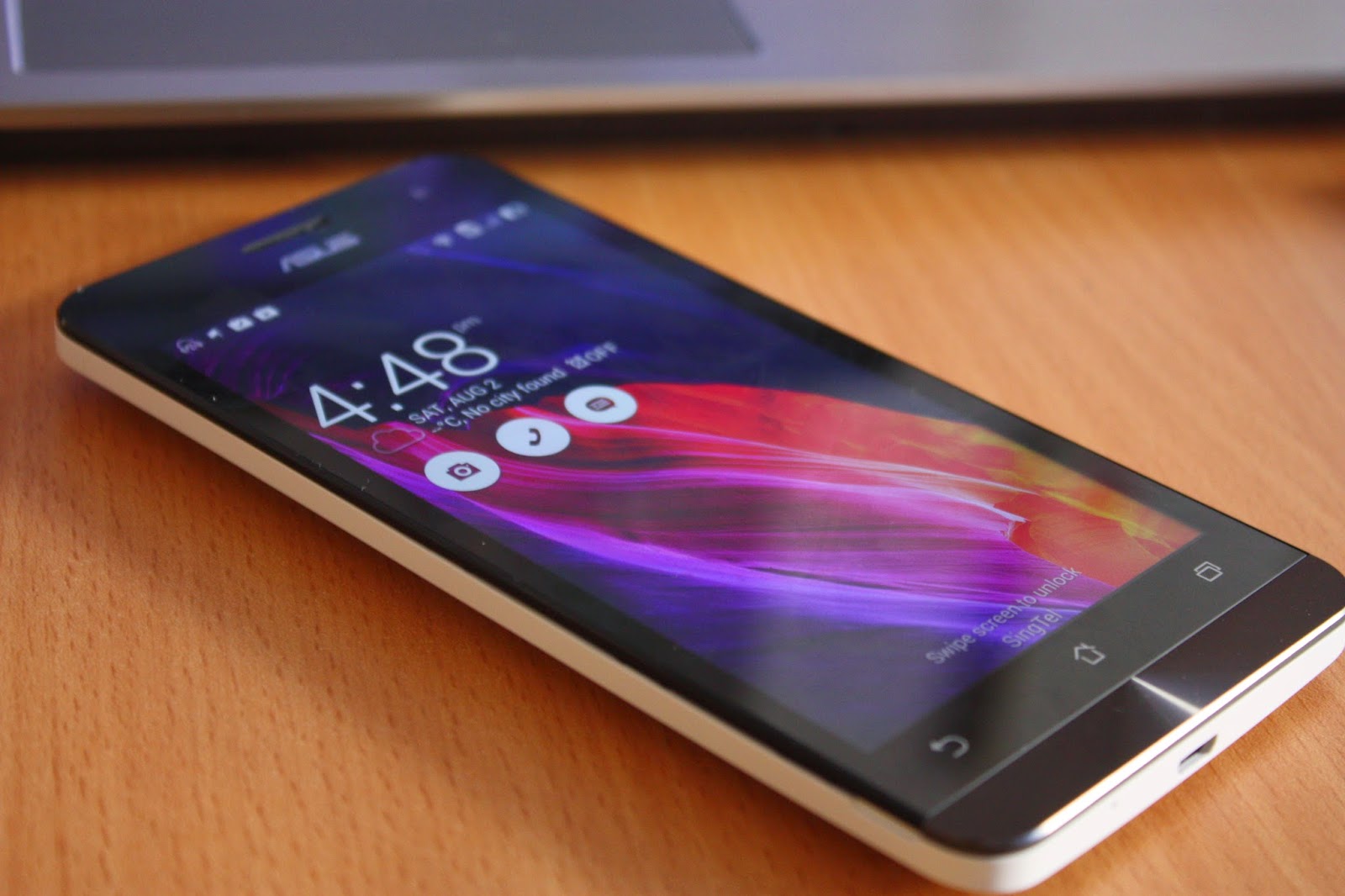 After using Xiaomi Redmi for months, I found myself quite acclimatized to its simple UI and general smoothness of the OS operation. However, the only flaw in Redmi is its hardware limitation. Problems started to kick in when I installed more apps on it. 4GB of memory built in is simply not enough. Moreover, apps cannot be installed on an external SD card unless you root the smartphone. $50 more getting a generally more powerful, higher end, classier, more storage spacious phone is definitely worth it. In fact, instead of the Xiaomi Redmi smartphone, ASUS Zenfone 5 has set the new baseline for a adequate usable smartphone for a great price (regrettably other than the speakers). In fact ASUS Zenfone 5 is more than usable. It is featured packed and definitely worth more than that it is priced at. For now, I’m going to use the ASUS Zenfone 5 as my primary device. Any buyers for my Redmi?

On a side note, Redmi 1s was updated to 8GB internal storage. It seems that Xiaomi also saw the limitation of its first Redmi and upgraded on storage space. However, there were multiple records that Redmi 1S overheating and having bad battery life. In the end, its the consumer who makes the final decision on what to purchase.

Local Pricing and Availability Information
The ZenFone 5 will be available in stores at S$329. It will be retailing at the ASUS Brand Stores at Funan DigitaLife Mall, Sim Lim Square and VivoCity, and the ASUS Official Online Store at http://store.asus.com/sg. All 3 major telecommunication operators – M1, SingTel and StarHub – will also be offering the ZenFone 6 at a range of mobile price plans.