According to PhoneArena, Nokia is done with the development of a new Tablet PC that runs on Windows RT. Nokia has ignored the slow down of tablet device market trend and decided to still give Tablet PCs a try.

It is reported that the new Nokia Tablet PC will come with a 10.1 inch 1080p resolution display which supports 5-point touch. It is powered by a Qualcomm Snapdragon 800 2.15GHz quad-core processor with 32GB of internal storage space. There are currently no news on the amount of RAM it will possess. 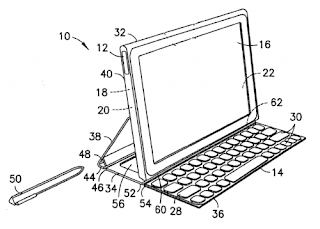 Moreover, the new Nokia tablet will be running on Windows RT 8.1 Operating System. The device is built with a detachable keyboard stand which also acts as a extended battery. This is similar to the technology used in ASUS’s Transformer tablet. The tablet will also have a Micro HDMI and Micro USB port and supports wireless charging. Taiwan’s Compal Electronics will be manufacturing the new tablet device for Nokia.

Reports also stated that the Nokia Tablet PC will come in frosted blue colour and that the device will be available in the US for sale in September this year.

However, Microsoft has announced that Windows 8.1 will only be available from 17th October. This made us skeptical about the release dates mentioned above.