A little later this week, AMD will launch its Radeon HD 7990 “Malta” graphics card. All eyes are on AMD, with regards to how the company decides to price the card, regardless of how it ends up performing. If it ends up destabilizing NVIDIA’s $999 comfort-zone enjoyed by GeForce GTX TITAN and GTX 690, the company could be forced to either lower pricing, or introduce new SKUs based on the GK110 silicon, especially with the crucial summer shopping season around the corner. 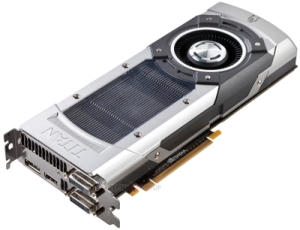 According to a 3DCenter.org report, NVIDIA could launch not one, but two new SKUs based on the GK110 chip, the GTX TITAN “Ultra”, and the GTX TITAN “LE.” GTX TITAN LE has turned the rumor mills for some time now. It’s being rumored to be a slightly scaled down version of the GTX TITAN, with 2496 CUDA cores, 208 TMUs, 40 ROPs, and a narrower 320-bit wide memory interface, holding 5120 MB of memory. There could be a third GK110 SKU in the works, the GTX TITAN Ultra.

The GTX TITAN Ultra, according to the report, is a minor upscale of the original GTX TITAN. The GTX TITAN doesn’t fully utilize the component loadout of the GK110 silicon, leaving an inactive streaming multiprocessor cluster (SMX). The GTX TITAN Ultra could see NVIDIA enabling all components on the GK110, with 2880 CUDA cores and 240 TMUs. NVIDIA could restructure its high-end product stack pricing to accommodate the two new SKUs. GeForce GTX 690 could gradually phase out; GTX TITAN LE could occupy a price-point within the US $599-699 range; GTX TITAN between $940-980, and GTX TITAN Ultra at $1000 or over.